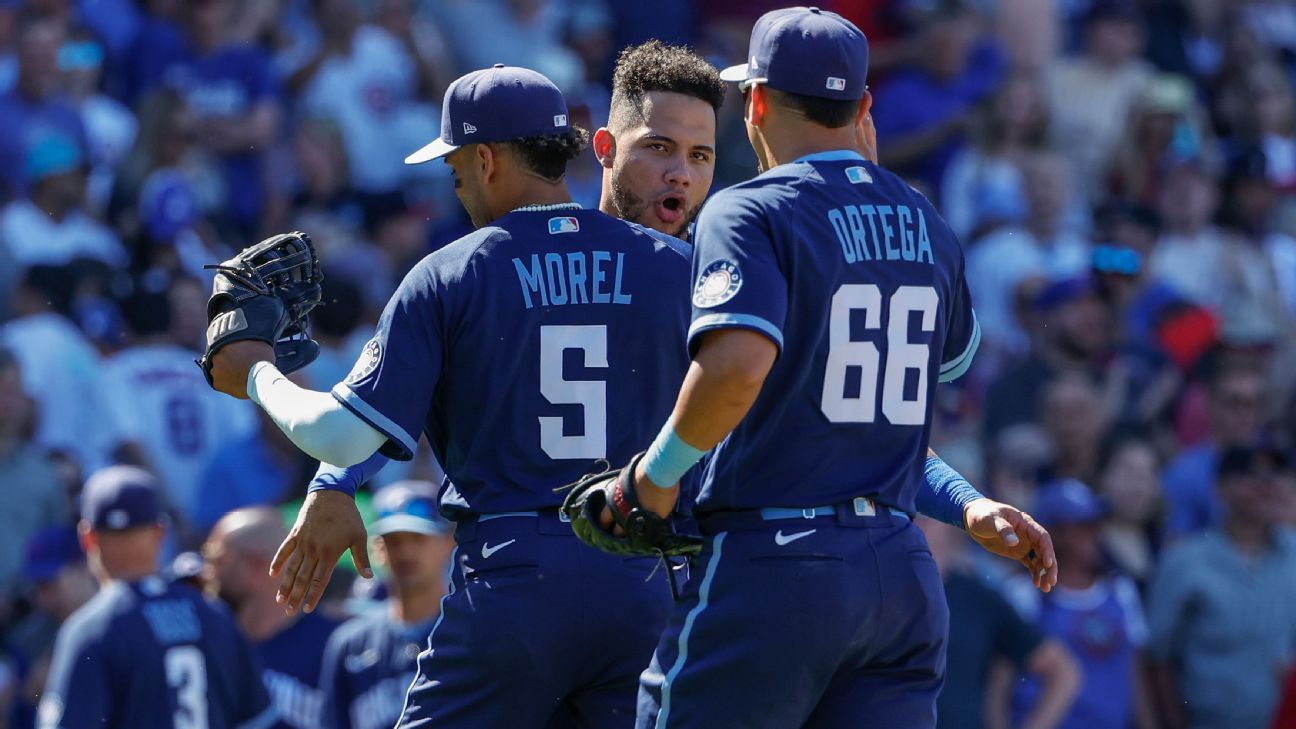 CHICAGO — The Chicago Cubs became the first team in 23 years to stop a losing streak of 10 or more games while ending an opponent’s winning streak of at least 10 games, beating the Braves 1-0 Friday to halt Atlanta’s majors-best 14-game run.

Rookie Christopher Morel hit a sacrifice fly in the eighth inning, helping the Cubs stop a 10-game slide, the longest losing streak in the majors this season, and Chicago’s longest since 12 straight losses from last Aug. 5-16.

Morel drove in the game’s only run against reliever A.J. Minter after striking out in his first three at-bats, then getting some advice from catcher Willson Contreras.

“It helped me concentrate on what I needed to do, what to focus on with that tough lefty,” Morel, who has 15 RBIs since making his major league debut on May 17, said. “Willson talked to me and told me, ‘Don’t look for stuff low around the plate. Look high.'”

A pair of double-digit streaks had not ended in the same game since Philadelphia beat Houston on Sept. 15, 1999, ending the Phillies’ skid at 11 and the Astros’ winning streak at 12.

Chicago had not won 1-0 since May 28 last year against Cincinnati. The Braves lost 1-0 for the second time this year following a defeat at Milwaukee on May 16.

Minter (2-1) walked pinch-hitter Jonathan Villar leading off the eighth. He advanced on Andrelton Simmons’ sacrifice, stole third without a throw on Minter’s 2-1 pitch in the dirt to Morel and scored on Morel’s 277-foot fly to center with a steady wind blowing in at Wrigley Field.

With Chicago wearing unusual dark blue jerseys and pants with light blue letters, Chris Martin (1-0) pitched a perfect eighth for his first with for the Cubs.

Atlanta loaded the bases against David Robertson in the ninth on two walks and a hit batter before Orlando Arcia grounded out. Robertson got his eighth save in 10 chances, completing a two-hitter on a day both teams combined for just five hits.

It was Atlanta’s first defeat since May 31 at Arizona. The Braves’ 14-game win streak was the longest by any team this season, and tied the 1935 Cardinals for the third longest by a defending World Series champion.

“The first loss in June is good when you’re in the middle of the month,” said Matt Olson, who struck one of fourth deep flies that may have been held by wind.

“Our game is to get the ball in the air and we kind of got beat back here today,” Atlanta manager Brian Snitker said.

“I think there was a conscious effort for us today to throw more fastballs,” Thompson said. “I haven’t had a lot of damage done so far off the fastball this year and I had kind of gotten away from the four-seam fastball the last two outings.”

Mychal Givens struck out Arcia with two on to end the seventh.

Contreras narrowly missed a homer on a drive off the left-center wall with two in the sixth. Left fielder Adam Duvall played the ball perfectly and held him to a single.

ESPN Stats & Information and The Associated Press contributed to this report. 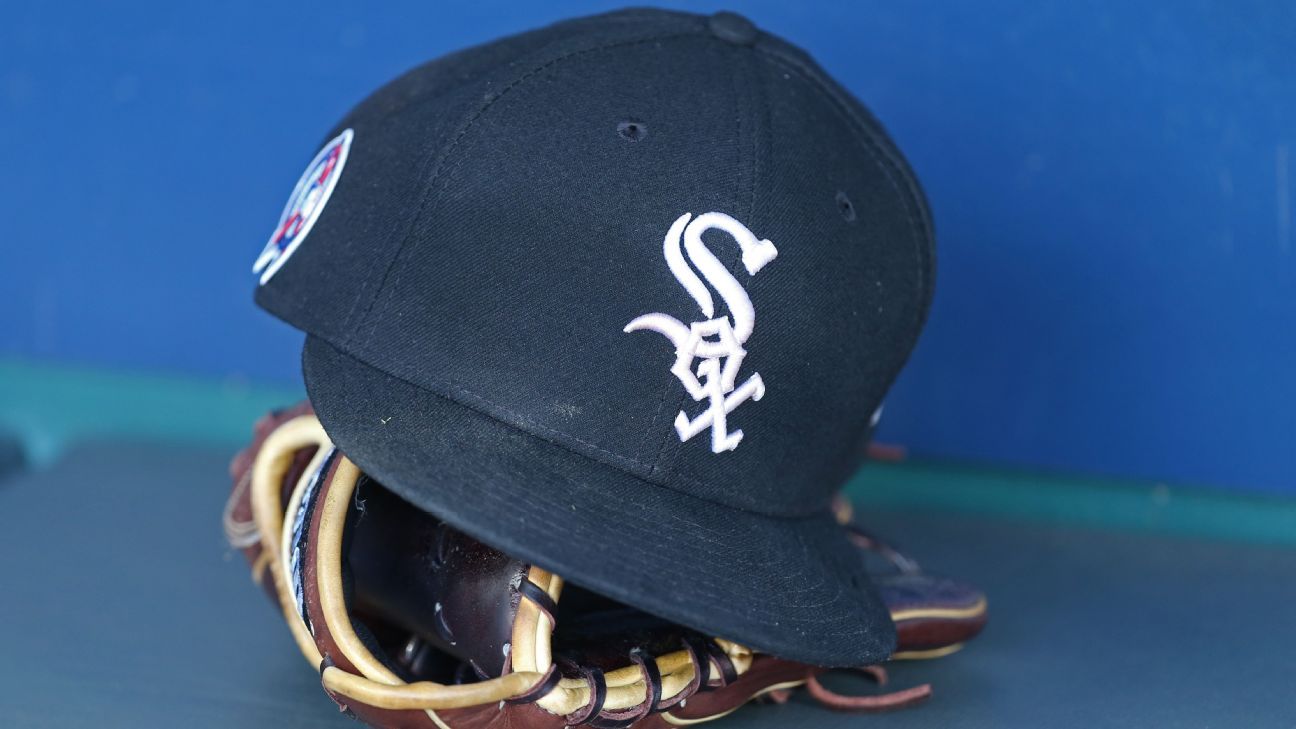 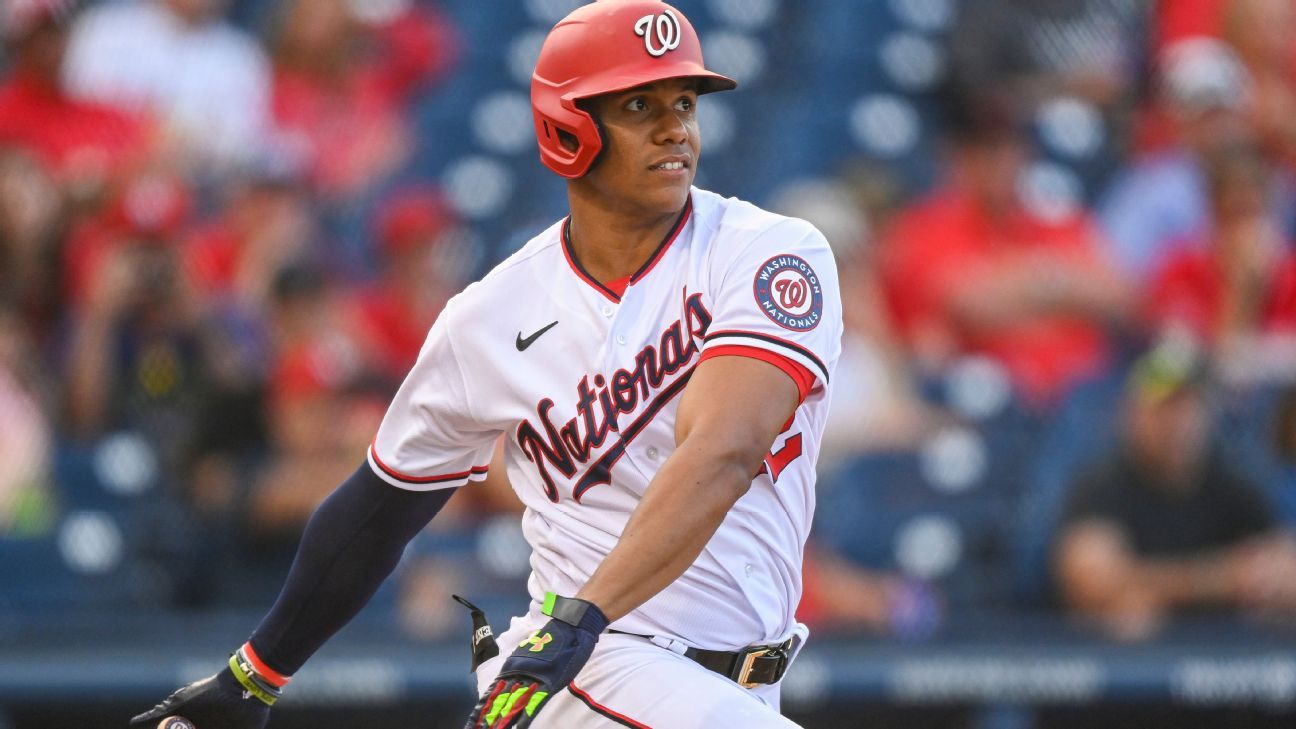 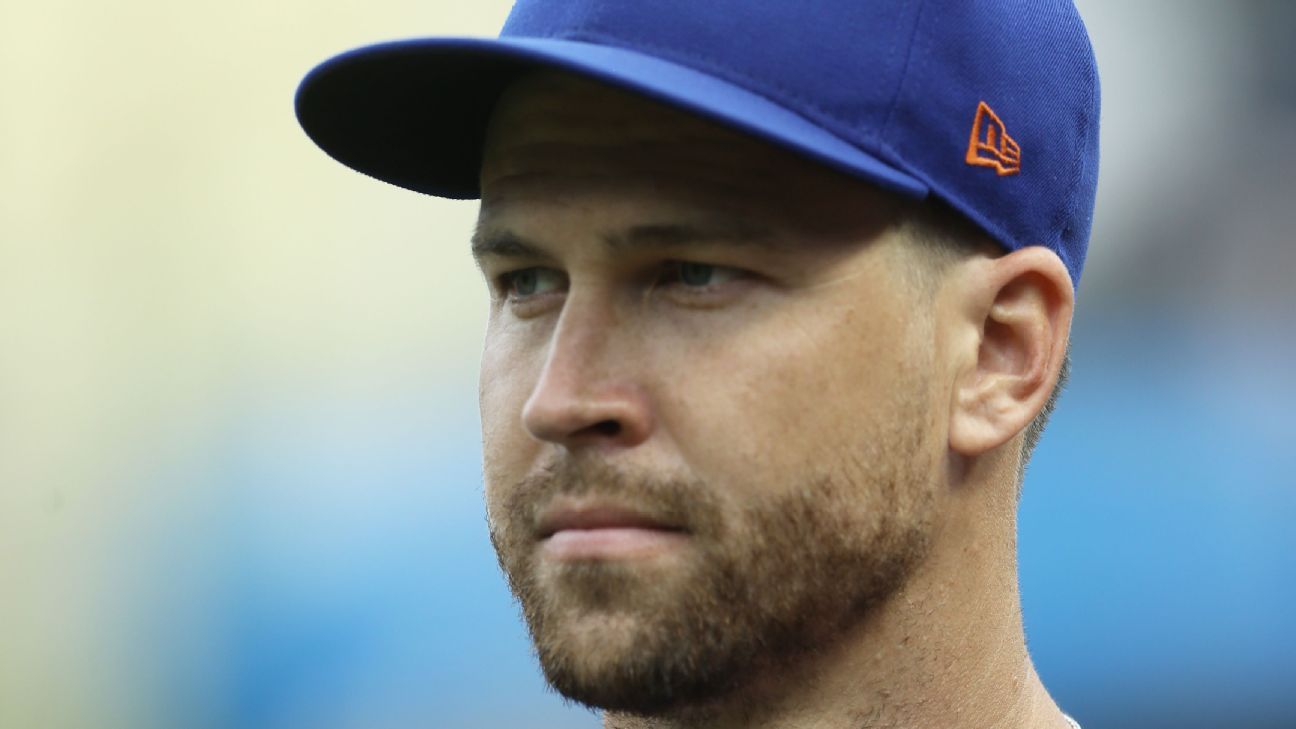