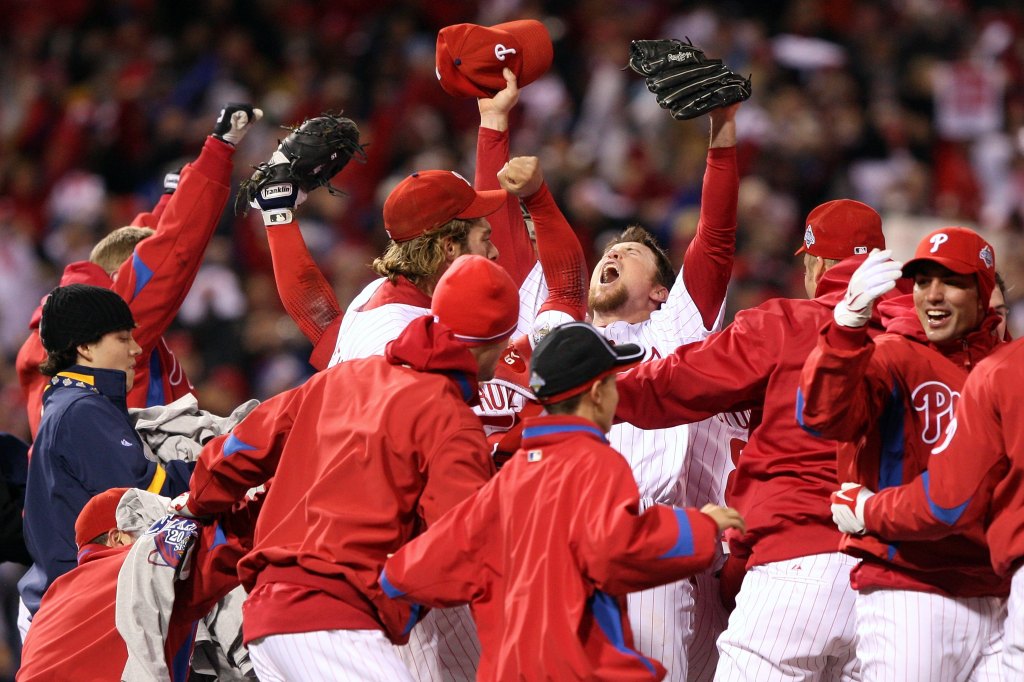 The World Series has returned to Philadelphia for the first time since 2009. The City of Brotherly Love, no surprise, has embraced it with a passion that borders on bonkers.

“Phillies fans have been Phillies fans for as long as their family lineage goes back. Baseball is in their blood,” said former reliever Brad Lidge, who won a World Series ring with the Phillies in 2008 but then lost to the Yankees in the 2009 series.

The Phillies hosted the Astros in Game 3 Tuesday night at Citizens Bank with the series tied 1-1.

Though Lidge is thrilled to see the Astros’ success, he’s rooting hard for Philadelphia, the team that reached out to him after he retired following the 2012 season.

Lidge, who now lives in Denver, hosts a baseball show on MLB Network Radio and also works as an assistant for the Phillies during spring training.

He has fond memories of his days in Houston, where he pitched in the postseason in 2004 and ’05, including in the World Series in 2005 when the Astros — then a National League team — lost to the White Sox.

“There were times when Minute Maid Park was so loud you couldn’t hear yourself,” Lidge said. “Fans really got swept up by the team in the playoff.”

Still, the rabid Philly fans are a different breed.

“The passion of the Phillies fans is, shall I say, ‘aggressive,’ ” Lidge said with a laugh.  “More than other fans, they will really get into it. They’ll get into fights defending their Phillies even during bad seasons. You just don’t see that in many other places.”

This season, Philadelphia was an 87-win team that shocked the baseball world by barely qualifying for the playoffs as a wild-card team and then advancing to the World Series. When that happened, more than 1 million fans entered a ticket lottery on the team website for the opportunity to purchase tickets. Approximately 20,000 tickets were available to the public — total — for the Phillies’ three home games at 43,500-seat Citizens Bank Park.

When the Astros pulled up to the ballpark in the team bus on Monday, before the rain moved in, the team was greeted by taunts, signs, and single-finger gestures from Philly fans.

For the good, and sometimes the bad, Philly fans are bound to their teams.

“In Philadelphia, fans feel so connected to the team, it’s like part of their family,” Lidge said. “So when the team isn’t playing well or guys are having bad seasons, they really take it personally.

“That’s where that intensity and passion come from. They just really want to win. They get really offended if the team doesn’t win…That makes it even better when they win like they are doing now.”