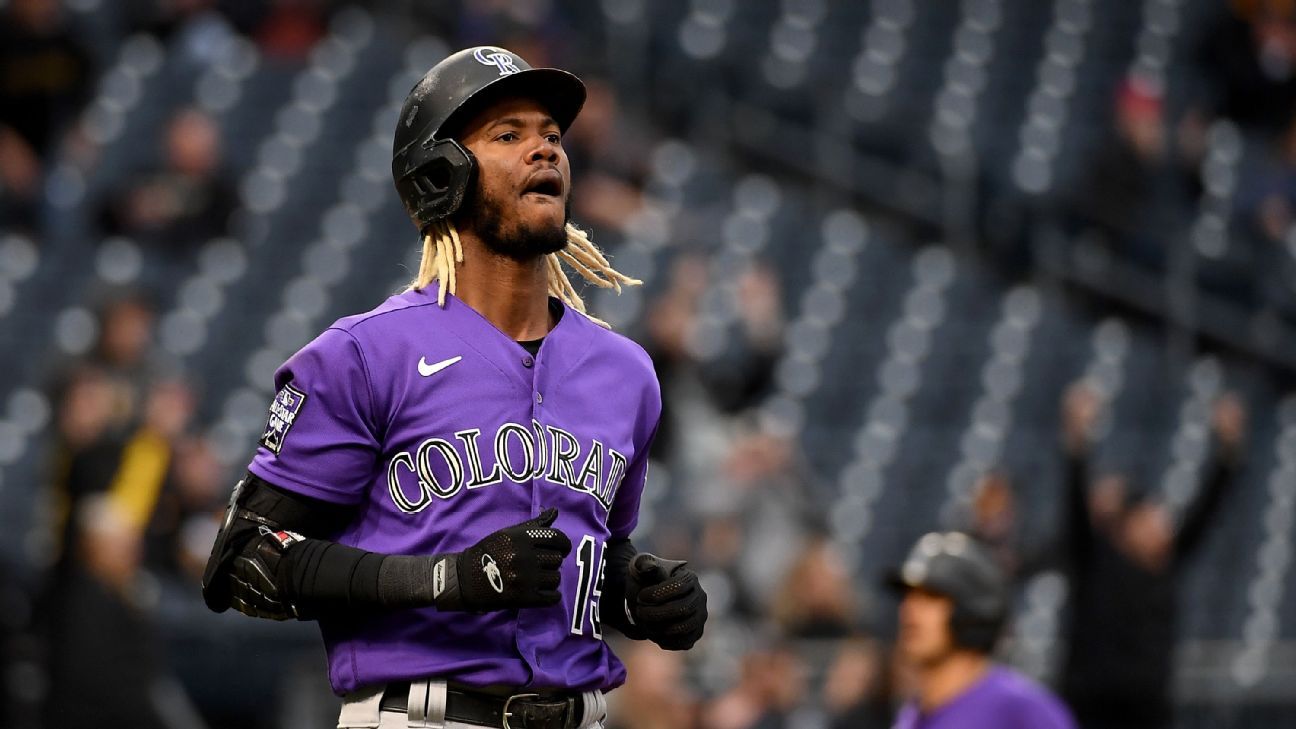 There may actually be good news in the midst of what might have been the lowest point in history of the Colorado Rockies, and we’ll get to that in a moment.

In the meantime, here’s what happened Saturday: The Pittsburgh Pirates shut out the Rockies in both games of a doubleheader, holding the Rockies to four hits in the opener and two hits in the second game. Granted, these were seven-inning games, but it’s fair to say that JT Brubaker and Mitch Keller aren’t exactly Gerrit Cole and Jacob deGrom.

It was the first time the Rockies have been shut out in both games of a doubleheader in franchise history.

“We’re just not doing a good enough job right now as a group,” Rockies outfielder Charlie Blackmon said after the second game. “Individually, we’ve got some guys swinging the bats pretty good. If you look top to bottom, we’ve kind of hit a lull with a lot of guys all at the wrong time, all at once here.”

I’m not exactly sure who Blackmon is referring to among the individual hitters. Singles-hitting Yonathan Daza leads the team with a .309 average in part-time play, but among qualified hitters, Ryan McMahon tops the team with a .263 average. Keep in mind, the Rockies have had at least one qualified .300 hitter every season in franchise history except 2018, and that year Blackmon, Trevor Story and Nolan Arenado each hit above .290.

“We’ve got to keep teaching and keep coaching,” Rockies manager Bud Black said. “Try to coach all these young guys up and encourage them to keep fighting, and keep battling, and keep learning.”

Except the Rockies aren’t really all that young. The average age of their position players according to Baseball-Reference, and weighted for playing time, is ninth-lowest in the majors at 28.1, tied with the Chicago White Sox and Boston Red Sox. The Toronto Blue Jays, Tampa Bay Rays, Atlanta Braves and San Diego Padres all feature younger lineups.

These are all embarrassing numbers even for a dead-ball era team. For the record, the lowest team batting average on the road since 1901 belongs to the 1908 Philadelphia Athletics, which hit .203. So we ask: Are the 2021 Rockies the worst offensive team in modern baseball history?

Since the Rockies play half their games in the best hitting environment in the majors, we have to consider park-adjusted statistics. The Rockies have hit a more respectable .267 at home while averaging 5.89 runs per game, third best in the majors — but that’s par for the course for the Rockies, who always score runs at home. One way to compare the 2021 Rockies to previous editions of the team is to look at home/road splits. Let’s go back to 2002, the first year the club deployed a humidor at Coors Field, which cut down the previous stratospheric offensive numbers in Denver. The biggest differences in home/road OPS:

This at least confirms what we suspect — the Rockies have been bad at home (even for them) and bad on the road. Their only lower home OPS was last season, when they had a .762 figure.

OK, let’s go to another team stat found at FanGraphs — wRC+, or weighted runs created, which adjusts for home park and the overall league offensive environment (while 2021 may end up with the lowest league-wise batting average, it’s actually about average historically in run scoring, thanks to all the home runs). The Rockies entered Saturday an wRC+ of 76, worst in the majors. It certainly dropped a few points after Saturday’s disastrous day. If it drops down to 72, the Rockies enter the top-10 worst of all time section:

Maybe this is a little unfair to the Rockies, who do face the difficult circumstance of going from playing at altitude, where balls don’t move as much, to road games where the balls suddenly move more. It does mess with the brains. But the numbers are the numbers, and so far, this is shaping up as one of the worst hitting teams ever — and things may not get better with Story just landing on the injured list with elbow inflammation. He probably also gets traded after the All-Star Game is played in Denver (although Story’s slow start and injury now makes it unlikely he’s on the team anyway).

Now, to that good news!

The Pirates are one of the teams the Rockies may end up battling for the worst record in the majors. The Baltimore Orioles, Detroit Tigers and Arizona Diamondbacks may also end up in that mix. So losing twice to Pittsburgh “hurts” the Rockies while also “helping” the Pirates. This race to finish last could be an important one: The top prospect in the 2022 draft is high school outfielder Elijah Green, a powerful premium athlete, who right now stands as the most clear-cut No. 1 overall prospect since Bryce Harper.

The Rockies will have 13 games left against the Padres and 12 against the Los Angeles Dodgers. They may trade Story and Jon Gray, who is also a free agent after 2021. They are on pace to be worse on the road than the infamous 1962 New York Mets, who went 18-62. The Rockies have never had the No. 1 overall pick. They may get it in 2022.