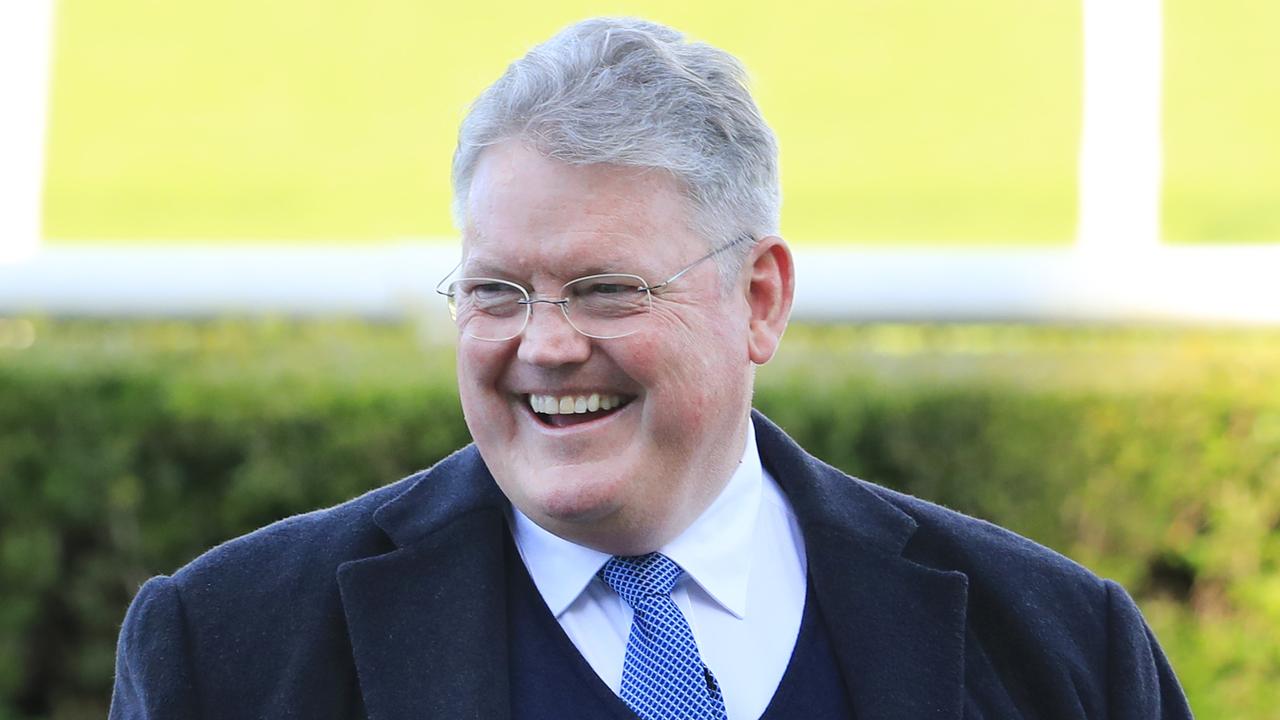 Cash Register has been progressing nicely for Anthony Cummings and now it’s time for him to keep getting better and claim his first career win.

The three-year-old runs in the second race at Warwick Farm on Wednesday after running seventh and second at his first two runs over 1150m and 1200m.

“He improved last time but his first-up run was good. He got stuck in a bit of traffic and was in a bit of trouble in the run so I still thought it was a good run,” Cummings said.

“He improved into that second-up run and I’m expecting further improvement again in this race.”

The Pendragon chestnut will also appreciate 1400m today and Regan Bayliss has been given the job of getting him into a good spot from a slightly tricky gate seven.

He won’t just be going back from there either.

“The extra ground helps and I’ve put the visors on him to help him concentrate a bit more. He had a tendency to look around in blinkers but they can see around a bit in the visors,” Cummings said.

“He should be able to settle closer. Pendragon’s typically sit in a midfield spot then hit the line and when they all step up in distance they sit closer.”

Pendragon (black and white checks, yellow sleeves) is the sire of the promising Cash Register who races in the same colours.Source:News Corp Australia

Things are a lot different for Cash Register in this race and Cummings can only see positives as he takes on other up-and-comers like Law Party and Vanderland.

He’s come a long way since his first career trial behind Mamaragan in February where Cummings has spelled him twice.

And he won’t be pushing him much further before another break.

“His trials were on firm ground and they were good so the track won’t be an issue for him and it might make him better,” Cummings said.

“He’s taken time and he’ll probably have a break after this run then be better again next time in.”

He’s a six-year-old by So You Think and despite only winning once from 14 starts, he’s run two good races this time in over 1400m and 1600m.

He’s been running on well at the provincials and carries 5.5kg less than the fancied Chris Waller pair of Wairere Falls and impressive last start winner Mubariz which will count for a lot over a mile.

“He’s a good lightweight hope and it was a much improved run last start. Both runs this time in have been better,” Cummings said.

“I was pleased with his work since and I thought he was entitled to have a chance in town. I think he can take that leap.”

Despite being by So You Think, Cummings isn’t keen to test him over 2000m this time in and thinks Wednesday’s trip is his best chance of gaining a win.

“We’ve tried getting him over more ground before and it hasn’t worked so I think the mile is his right trip,” he said.

SARGENT HAS MARE MARCHING TOWARDS VICTORY

Havin’ Fun has only won once from 14 starts but her trainer John Sargent knows she’s better than that and gives her a good hope at Warwick Farm on Wednesday.

The daughter of All Too Hard had put in three good runs this time in and her biggest losing margin was two lengths last start behind Bluff ‘N’ Bluster at Randwick in a Saturday race.

Reece Jones will ride her out of barrier five in a race without an obvious standout so this is her chance to win again.

“She’s been going well without winning, this is the lightest weight she’s carried in some time and she’s got a nice draw,” Sargent said.

“She’s run well at Warwick Farm before so she’s got no excuses. This is a winnable race for her and she galloped well on Sunday.

“She’s going into it a fit, hard horse who will get a nice run in transit. She and Home Ground are my best chances. It will just depend on the runs they get.”

Havin’ Fun gets her chance to break through according to trainer John Sargent. Photo: Grant GuySource:The Daily Telegraph

Sargent has engaged apprentice Chris Williams to ride Home Ground in the fifth race and his 2kg claim gives her the more winnable weight of 58.5kg and barrier three is a bonus.

“He should be bang on for it and he runs a good mile so I think he’s a good chance,” Sargent said.

“He should get everything in his favour and I’ve been holding him off due to the wet tracks but he gets a dry one now so things should be ideal for him.

“The Waller horse (Mubariz) looks like the one to beat but with the claim my horse should be right in it.”

All Things is also in the same race but her winning chance will come next time.

“For All Things, it will probably be a bit short of his best but he’ll need the run which will top him off for Wyong on January 23 when he gets over more ground,” Sargent said.

“There hasn’t been much for him of late with the wet tracks.”