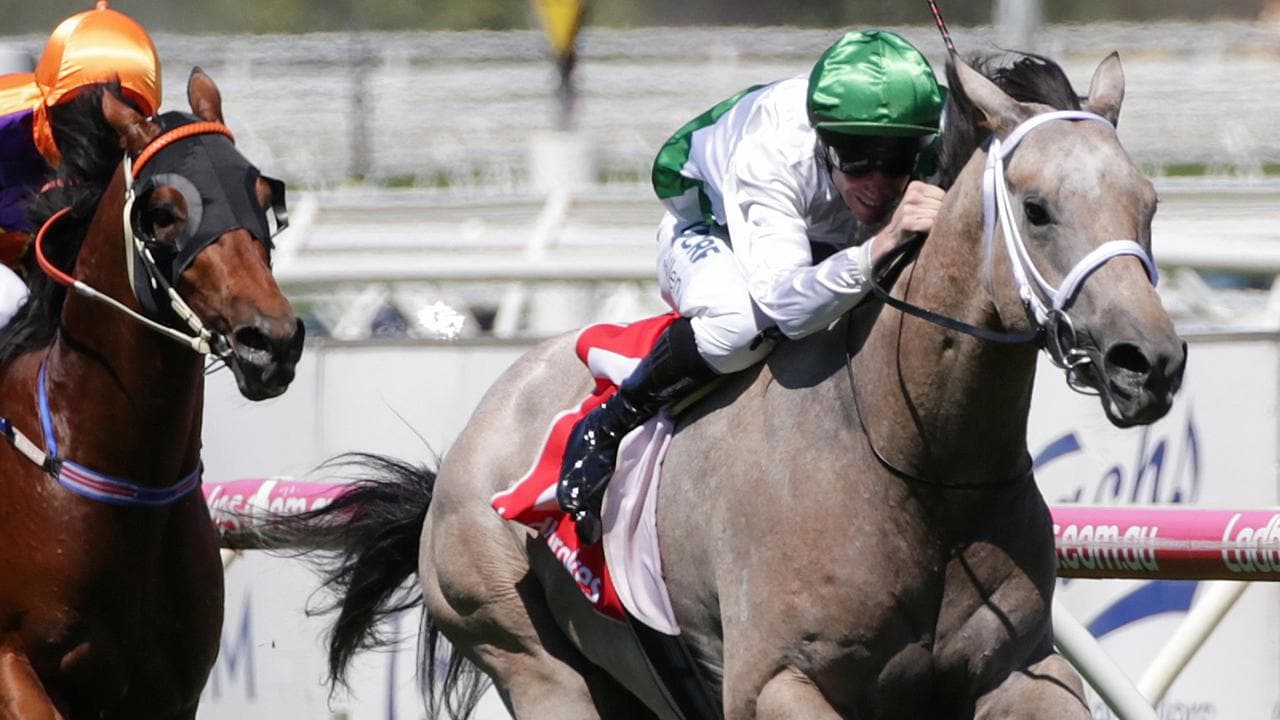 Terbium was not meant to be at Caulfield on Saturday when trainer Phillip Stokes formulated a program for the talented gelding.

After showing he was back to his best with a stunning win at Gawler on December 19 when resuming, the five-year-old was to have been given more time before his next outing.

But Terbium has thrived since the five-length triumph, prompting a rethink and a trip back to Melbourne earlier than expected.

“We weren’t originally going to run him this close to his first-up win at Gawler,” Stokes said. “But (assistant trainer and son) Tommy and the team were so happy with him back in Adelaide, we decided to send him over early.

“I’d not seen him for a while, but he looks great and I’m sure is ready to run another nice race.

Phillip Stokes turned to Melbourne after the Gawler slaughter.Source:Getty Images

“He has done so well since the first-up run and this looks a nice race for him. He has got a bit of weight, but he seems to carry it.”

A Group 3 winner at Caulfield at just his fourth run in his first campaign, Terbium struggled to reproduce that form until the emphatic win last month following a 24-week spell.

Stokes said Terbium had gone from a Strathalbyn maiden win to Group 3 success in one preparation and then lost his way after he turned four.

“It happens to a lot of them,” he said. “He had that decent spell and has matured a bit more.”

Terbium opened as TAB $3.10 favourite for the Benchmark 84 race over 1100m.Source:Getty Images

The Victorian campaign may be only short, however, if Terbium runs well.

Stokes is considering returning him to Adelaide for the Durbridge Stakes over 1100m at Morphettville on January 30. The WFA challenge has been run in October, but was moved to January and the distance reduced from 1200m.

“We might send him back to Adelaide for something like the Durbridge, or he could stay here,” Stokes said. “We have a few options.”

Horse Racing: With only a few strides to go the heavily backed favorite has slammed on the brakes leaving punters heartbroken….

Horse Racing: With only a few strides to go the heavily backed favorite has slammed on the brakes leaving punters heartbroken.

Moeen is third up from a spell in a benchmark 64 race over 1400m and Heyington Station rises to a benchmark 70 over 1200m after resuming from a 21-week spell with a Moonee Valley win over the same distance.

Michael Poy has retained the ride on Heyington Station.

Originally published asFlicking switch: Why did Terbium end up at Caulfield?