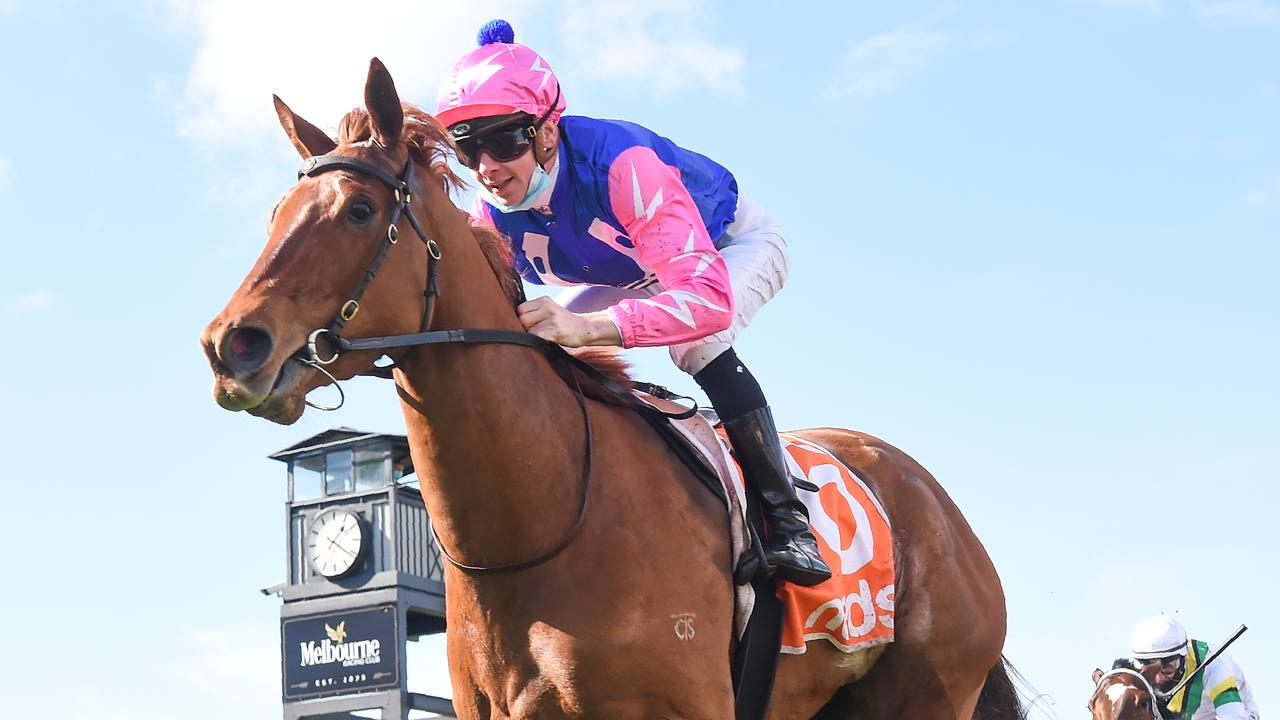 Co-trainer Trent Busuttin warns stable recruit Bless Her is a touch underdone but she has the class to record a first-up win at Saturday’s Caulfield meeting.

Bless Her won five of her 11 starts for previous trainer Shea Eden but joined the stable Busuttin runs in partnership with Natalie Young for her winter campaign, which was delayed because of minor issues.

Busuttin and Young were happy to welcome the Group 3-placed Bless Her to their Cranbourne operation.

But Busuttin said he would have liked a bit more time to prepare the four-year-old for the Catanach‘s Jewellers Handicap (1100m).

“She has trialled up well but she’s only had one trial. I would have liked another week up my sleeve,” Busuttin said.

“I could have trialled her on Monday and run her Saturday she’s not an overly big filly so we prefer to go into a bit underdone.

“Obviously, she’s there to win but she’s going to take improvement out of it but she’ll run well.”

Natalie Young (left) and Trent Busuttin have taken over the training of Bless Her for her winter campaign. Picture: AAPSource:AAP

TAB has Bless Her as a $4.20 favourite to make a winning return at Caulfield where the mare won twice and placed in the Group 3 Cockram Stakes (1200m) last winter.

Busuttin said Bless Her’s ability to hold her form meant she could head to Queensland after Saturday for a winter campaign.

“Last year she went through those restricted races and got a high level so it will be interesting to see whether she goes on with it or has reached that plateau,” Busuttin said.

“She’ll run on Saturday and potentially could head up to Brisbane after Saturday or she could just have a couple of runs in Melbourne before we get her ready for the spring.

“But for me, she’s a straightforward filly that has worked well.”

Jockey Daniel Moor will ride Bless Her at Caulfield. The sprinter will jump from barrier four.