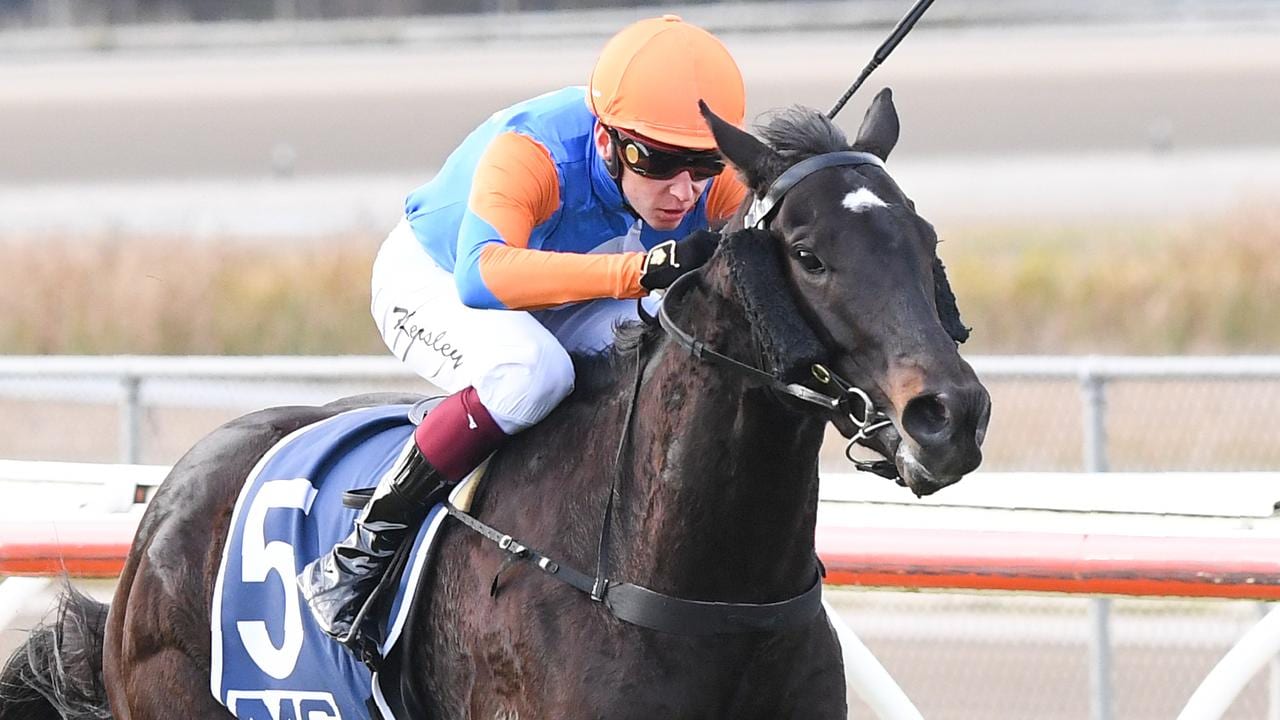 A shot at a Flemington race was the last thing on trainer Scott Cameron’s mind after Four Leaf Riot’s first jumpout.

Four Leaf Riot showed so little that Cameron thought hard about whether it was worth giving the gelding another racing preparation.

“The first prep, he had one jumpout and got beaten a furlong. I thought it might be a bit risky bringing this horse back into work,” Cameron said.

But time is often a thoroughbred’s best friend.

Cameron decided to give Four Leaf Riot another crack at making the grade as a racehorse.

The Flemington trainer said the penny seemed to instantly drop at the Werribee jumpouts in April.

“He’s never been a horse to show much on the track,” Cameron said.

“He jumped out pretty well at Werribee and that’s pretty much the only time he showed something so we just thought we’d take him to the races.”

Four Leaf Riot or Rout??? Wow! SHAMUS AWARD has had four new stakes winners in the past month. This 3yo on debut could be headed the same way!!! @cameron_rfpic.twitter.com/z0eDbk8BWk

Four Leaf Riot stunned Cameron and his owners when he blitzed his rivals on debut at Kilmore.

The son of Shamus Award raced on the pace and maintained the rage in the straight, racing away to win by eight lengths, showing his connections they might have a hidden talent on their hands.

But Cameron said Four Leaf Riot has continued to improve with the confidence gained from his debut success.

“I galloped him two weeks before his Kilmore run and I rode him in a gallop on Tuesday myself and he actually gives you a decent feel now,” Cameron said.

“He gives you the feel that he’s switched on now.

“Hopefully he can improve off what he did the other day and we might have a nice horse on our hands.”

Cameron has also entered Four Leaf Riot for a race at Geelong on Sunday. He said he had a query on Four Leaf Riot going on to a good track at Flemington but would weigh up his options.

“It is a bit of a query about going from a wet track to a dry track but he’s in really good order,” Cameron said.

“Hopefully, whatever race we go to, he’s going to be very competitive.”