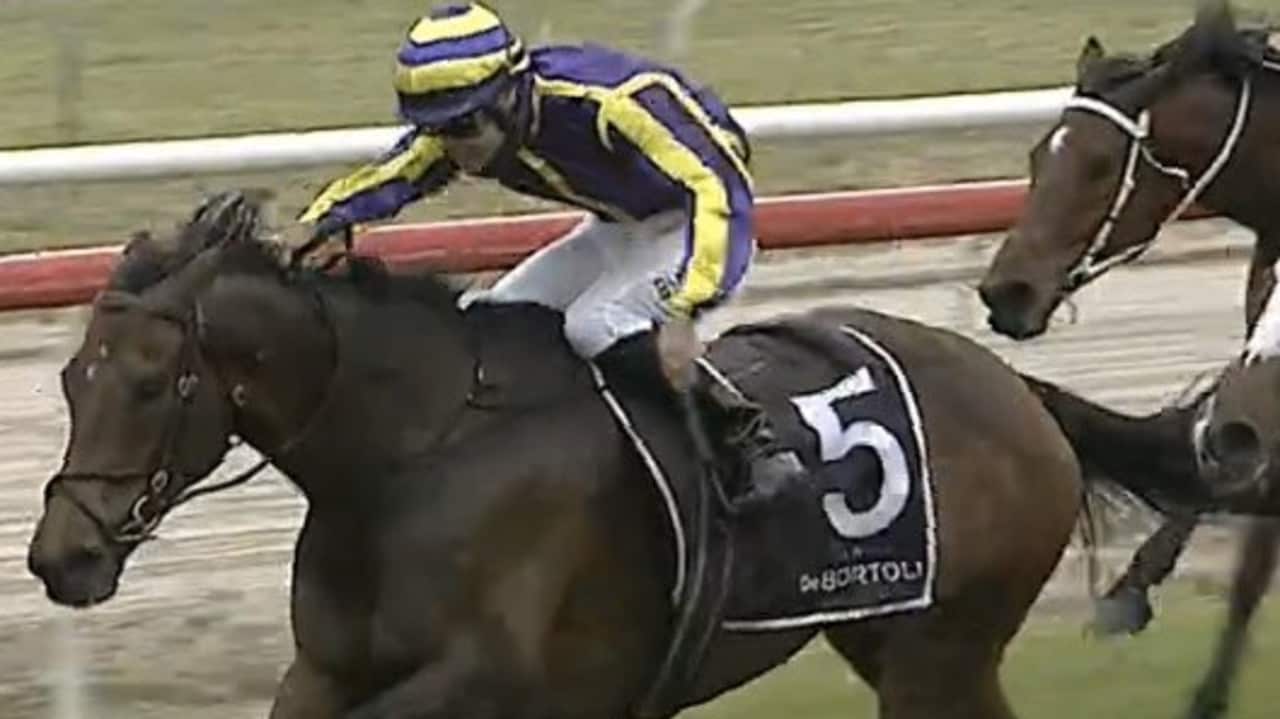 Tracey Bartley shocked punters at Warwick Farm during the week and he believes he can do it again at Randwick today, not once but twice.

The astute Wyong trainer saddled up Moana Jewel to victory on Wednesday as punters sent her out at $20, perhaps forgetting she ran second behind Through The Cracks in last year’s Provincial Championships Final.

She ran away from them to win by more than two lengths.

Moana Jewel drives through the pack under Chris Williams for @TBartleyracing to salute at $19 with @tabcomau pic.twitter.com/NSnPe5vxBs

“I think she’ll have to go to a Saturday race. There’s a nice mares race in three weeks’ time for her,” Bartley said.

But today he’s trying to win with Miss Redoble and McCormack and he’s in the mood to cause another upset with one of them.

“I think I can,” Bartley said.

“I think they’ll both be overs and I’m sure they’ll run very well.”

Punters could have got $17 about Miss Redoble yesterday after opening as a $15 chance for her Benchmark 78 Handicap (1800m) today.

The six-year-old hasn’t finished more than 2 ¾ lengths off the winner this time in as she’s slowly built up in distance in four runs.

She’s won six races to date from 33 attempts and Regan Bayliss will be able to give her the right run from barrier six after a top effort over 1550m last start at Canterbury.

It's a boilover in the Provincial @Championshipsrr qualifier @kemblaraces as Miss Redoble kicks clear to win for trainer Tracey Bartley. pic.twitter.com/SmcFlrzq8F

“She’s crying out for 1800m and is on a quick back up which I think is ideal. I was always a plan to back her up and this is her chance to run in an 1800m race,” Bartley said.

“I was always going to get her out to a trip this preparation. She’s been a very good horse to me.”

“She’ll roll forward and I’d love to see her sitting up outside the leader.”

Miss Redoble had things against her last time when getting back at Canterbury which hasn’t been the right formula for a while, but she ran on to get within 1 ½ lengths of Strange Charm.

“I think she jumped all right the other day but it was just the pace of the race. I think the pace over 1800m will be much better for her,” Bartley said.

“She made good ground last start but she couldn’t win during the speed of the race.”

Kathy O’Hara has had success on McCormack, but faces a much tougher challenge at Randwick. Picture: Getty ImagesSource:Getty Images

“They don’t give McCormack much of a chance. I don’t what sort of price he is but I know he needed the run the other day,” Bartley said.

“Kathy (O’Hara) was very happy with him and she wanted to ride him at his next start regardless of where he went so that was good enough for me.”

The Eurozone five-year-old has also won six races in his career, from 23 starts, and Bartley told punters not to worry much about his seventh placing first-up behind the flying Big Parade at Randwick.

O’Hara will be able to give McCormack the ideal run from barrier two and he excels on tracks that have been hit with rain leading up to a meeting.

“McCormack ran well the other day. He just needed the run and he’ll strip a lot fitter for this race,” Bartley said.

“He won second-up last preparation and I though his gallop during the week was very good.”

So which horse is the best chance on causing an upset today?

“She’s probably only giving me a little more confidence because she’s really fit, but McCormack is a winner. When he’s ready he’s really hard to beat,” Bartley said.