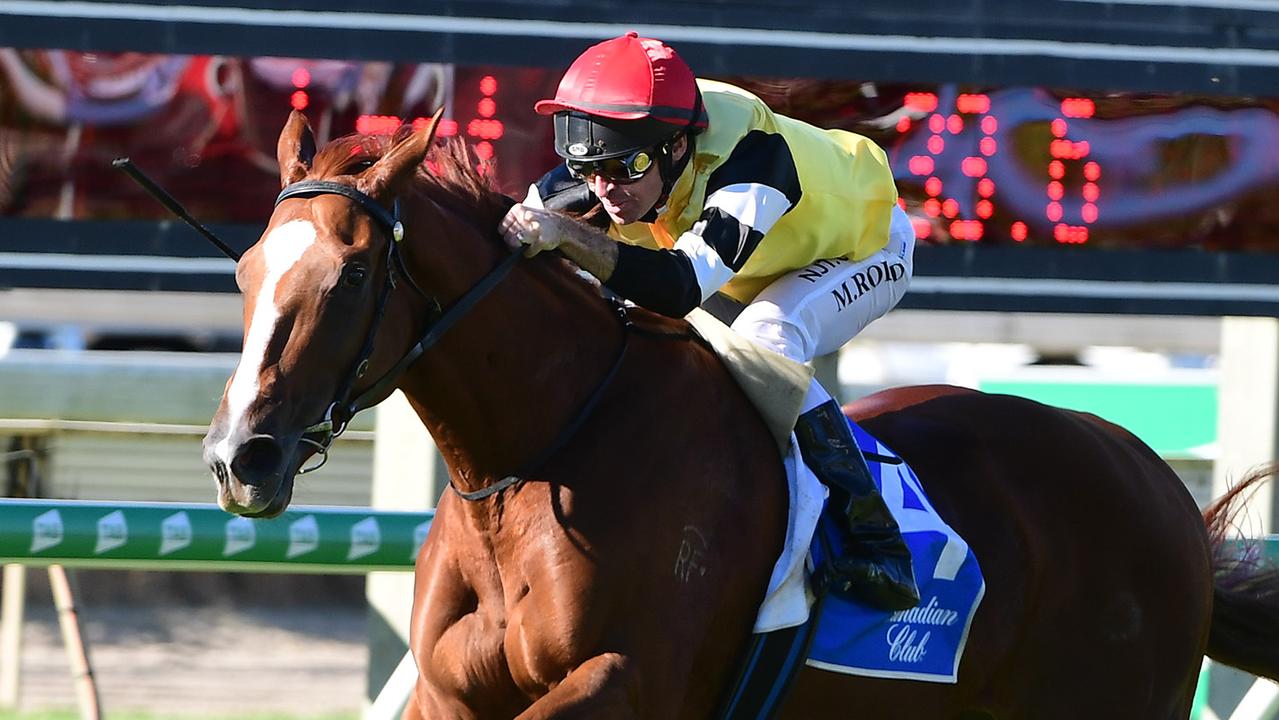 Outspoken trainer Will Hulbert says his Queensland Derby hope Criminal Defence is criminally underrated as he looks to back up his Rough Habit plate victory a fortnight ago and snare the biggest win of his short career.

Rated a $21 chance by TAB, Hulbert can’t see why his horse is being overlooked for ones that he beat fair and square last start.

“The way he won the Rough Habit, I thought he pissed in and everyone wants to talk about how good the runs were in behind him but he was the best run in the race … he smashed them,” Hulbert said.

“He drew badly and went forward from that alley and still brained them. If he had Waller next to his name, he would probably be one of the favourites.”

Criminal Defence – who is owned by a group of criminal defence lawyers – shot to prominence after a post-race report from Hulbert went viral in January when the trainer voiced his displeasure over the ride of Andrew Mallyon at the Sunshine Coast.

The spray cost Hulbert $1000 in fines but he is appealing the decision, saying the message was meant for the owners only.

“He just won a Group 3 so I was right about it all in the end,” he laughed.

Up against six Chris Waller runners and a host of other high-class southern horses, Hulbert said he gets a kick out of competing at the top level.

In an ominous sign for rivals, he believes the three-year-old has improved off his Rough Habit run and will enjoy a sweet run under jockey Jye McNeil from barrier four.

“Absolutely he is underrated,” he said.

“He galloped on the course proper on Tuesday and I think he has improved since the Rough Habit which he needs to if he wants to win the Derby.

“I love (seeing my horse among those names) because I am a mad competitor.”

With Michael Rodd unable to ride due to an ear infection issue, Hulbert was quick to pick up the services of McNeil.

“We booked Jye McNeil – he just won a Melbourne Cup so he knows what he is doing,” he said.

“There were a few there that we had the choice of but we thought we would go with Jye.”