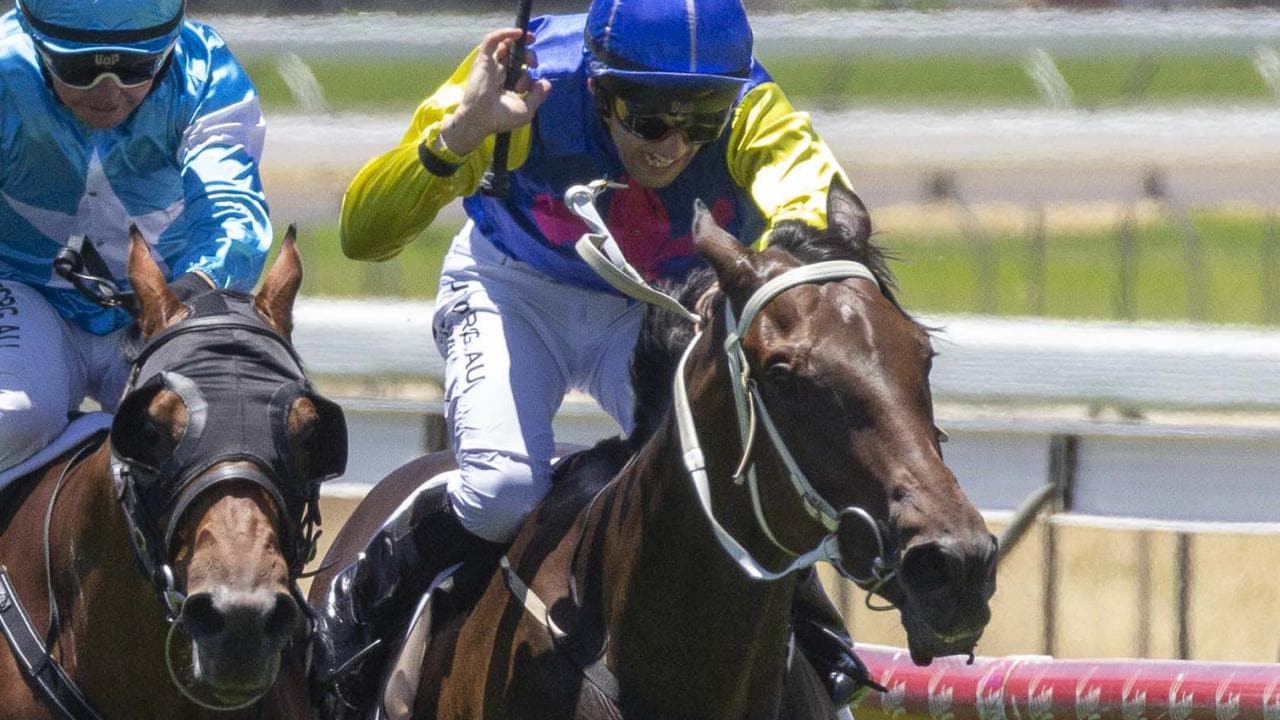 Promising gelding Montepulciano is likely to confront an ambitious campaign after overcoming Fighter in a challenging battle in a 1505m maiden at Gawler on Saturday.

Co-trainer Chantelle Jolly believes the three-year old can step up in distance and has the qualities to measure up to Group 1 company in the South Australian Derby at Morphettville in May.

Should the stable decide to pursue the 2500m race, the Morphettville Guineas over 1600m on March 8 and Port Adelaide Guineas over 1800m at the same track are expected to be the key lead-up tests.

“We will give him a freshen up and get him ready for our carnival,” Jolly said.

“There are some nice staying races coming up for three-year olds, so we would like to get him over a bit further and see how he goes.

“I think he will enjoy it. There is a nice mile and an 1800m race and if he is competitive in that, we will have a look at the derby.

“We had his half brother Alcohol and he ran in the derby. I think he would measure up, it is just whether he can stay that far.”

Montepulciano had only one run as a two-year old and resumed with placed runs at Gawler and Morphettville, before running third at Flemington last month.

Jolly said the gelding was such a green horse, the stable were hopeful the trip to Melbourne would “switch him on”.

The move had the desired impact with Montepulciano, well backed into favouritism, edging out Fighter in a titanic dogfight down the straight.

Jake Toeroek then had to survive a protest from Barend Vorster on Fighter, alleging interference in the final 150m.

“He has switched on in trackwork quite a bit and we weren’t sure if to put the winkers on him,” Jolly said. “He drops the bit quite early in his races.

“We decided to keep them off and see if he could learn a bit more.”

Taken Off may be headed to Melbourne after an impressive win in a benchmark race over 1200m with Kayla Crowther, who rode a treble, in the saddle.

Assistant trainer Tommy Stokes said the stable may have test the water and he would “really like to see him in Melbourne”.

Little Rich Boy charged to the front and led by six lengths at the 400m, only to be headed by Taken Off at the 100m.