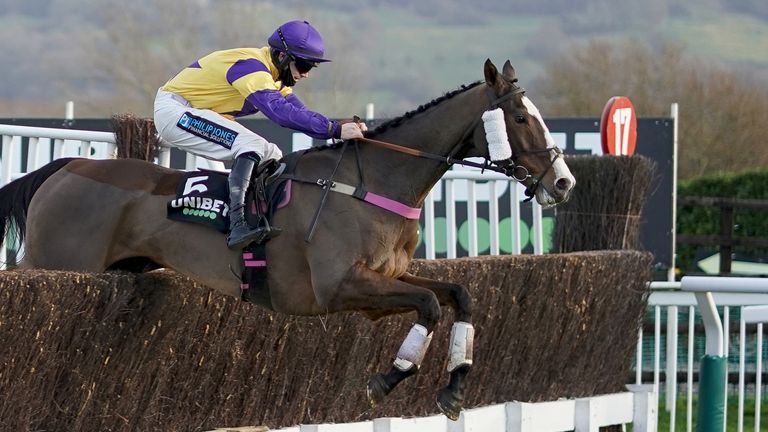 Kerry Lee is keen to find out if Storm Control is a Grand National candidate should he run in the McCoy Contractors Civil Engineering Classic Handicap Chase at Warwick.

Having won at Cheltenham the last twice, most recently over three and a quarter miles, the eight-year-old is on course to face an extra three furlongs on Saturday.

He is one of 22 entries for the £50,000 prize, with Lee leaning towards this race rather than Doncaster’s Sky Bet Chase at the end of the month – because it will give her a better idea regarding his stamina.

“I’m favouring Warwick at this stage, because I want to try him over the trip to see if he’s a Grand National horse,” said the Herefordshire trainer.

“He’s jumped really well the last twice, so you’d think that stretch down the back straight should suit him, but he has been to Warwick a couple of times and never run well for whatever reason.

“I’m quite convinced we can put that behind us and we can attack Warwick – I think he’ll really enjoy it.

“I’m keen to run in the Classic Chase – he worked very well this morning, so as long as the ground is suitable then we’ll try and take it on.”

Last year’s runner-up Captain Chaos, Neil King’s pair of Lil Rockerfeller and Nearly Perfect and Robert Walford’s Walk In The Mill are also in the mix.

A classy entry of nine has been received for the Grade Two McCoy Contractors Hampton Novices’ Chase.

Paul Nicholls will be looking to continue his recent excellent form with Next Destination, while If The Cap Fits and Fiddlerontheroof bring smart form to the table.

The Ballymore Leamington Novices’ Hurdle is another Grade Two on the card – with Tom Lacey’s Adrimel, whose only defeat in five races under rules came in the Champion Bumper, David Pipe’s Make Me A Believer and Colin Tizzard’s Oscar Elite are among 15 possibles.