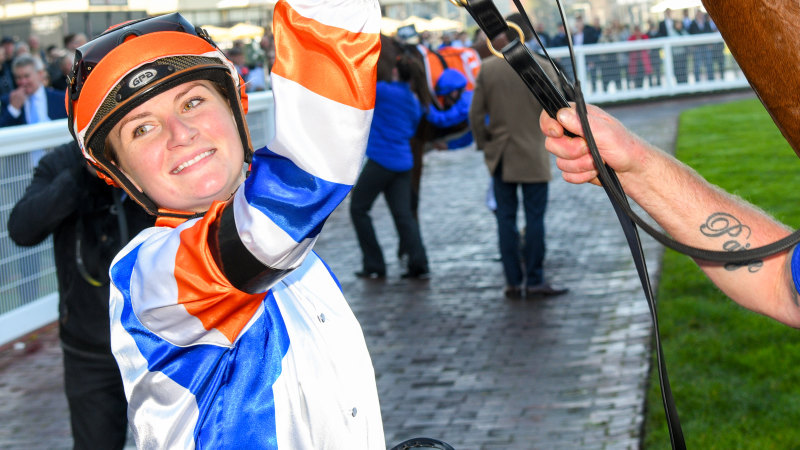 Suspended champion jockey Jamie Kah will be allowed to be part of racing’s prestigious Scobie Breasley Awards night this weekend – allowing her to speak publicly after the infamous Mornington Airbnb party which led to her and four other jockeys receiving three-month bans for breaking COVID-19 restrictions.

In reaching their decision, Racing Victoria determined that Kah’s actions – which breached the ‘Rules of Racing’ – occurred outside the period in which she was eligible for any Victorian racing awards. Furthermore, RV said Kah did not bring into question the integrity of any races.

The awards evening – at which the state’s racing industry champions are honoured – will be a virtual event in 2021, but Kah will be one of the central figures. 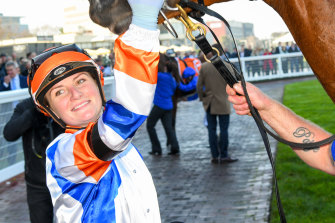 Jamie Kah after riding her 100th Melbourne winner for the 2020-21 season.Credit:Getty Images

Kah won the jockeys’ premiership, becoming the first female rider to do so, and she also became the first rider to win more than 100 races in a metropolitan season.

As a result of her exploits she is a strong favourite to take out the Breasley Medal, Victorian racing’s equivalent of the Brownlow. Raceday stewards award votes on a 3-2-1 basis for the best three rides of the day at metropolitan meetings, and it would surprise if she was not the winner.

Kah is also eligible to win an award presented by the Victorian Jockeys Association which is voted on by the riders themselves.

Racing Victoria thought long and hard about her eligibility, deciding that as these awards covered the previous season – before her participation in the Mornington party alongside Ben Melham, Ethan Brown, Celine Gaudray and Mark Zahra – and she was entitled to pick up whatever plaudits she was due.

RV explained that their criteria contained a discretionary clause for the organising body to revoke any premiership, medal or award for any season if the licensed person who won it engaged in misconduct that has undermined the sport.

“In light of the three month suspension handed to Jamie Kah by Stewards on 27 August 2021 for a breach of the Rules of Racing on 25 August 2021, RV has considered whether it would exercise its discretionary power and revoke Ms Kah’s eligibility,” it said in a statement.

“RV ultimately determined that Ms Kah would remain eligible for any premiership, medal or award in the 2020-21 racing season which concluded on 31 July 2021 on the basis that her breach of the Rules of Racing did not occur during that season and it did not bring into question the integrity of any races.

“RV further noted that any revocation would see Ms Kah’s historic achievements in the 2020-21 racing season officially removed from racing’s history books and that, in its opinion, Ms Kah had already been appropriately penalised for her breach of the Rules of Racing.

“Accordingly, Ms Kah will retain the 2020-21 Victorian Metropolitan Jockeys Premiership and be eligible for any other awards to be presented at the 2021 Victorian Racing Awards.”

However the champion rider will, as a result of her suspension, be ineligible to win any awards in the current season.

She has not appealed against her three-month suspension for the COVID-19 breach, but a case against her on a charge of providing false or misleading evidence to stewards about who was at the Mornington party will be heard by the Victorian Racing Tribunal on Monday.

At a directions hearing on Thursday her lawyer, Damien Sheales, said that her case needed to be dealt with speedily as there were “things going on in the background that really now make this more pressing”.

Sheales did not go into detail, merely stressing on more than one occasion to Judge John Bowman, the VRT chair, that the matter had to be attended to urgently.

Meanwhile, Zahra has also been banned for three months for the same COVID-19 breach but he could also face extra time for lying to the stewards.

When he was initially contacted by stewards he said he had not been at the Mornington party.

However, several hours later he contacted them and told them that he had, explaining to chief steward Robert Cram that he had been untruthful earlier because his wife “was right there” when Cram initially rung and that he had wanted to tell her “before it hit the press”.

As a result Zahra, like the others, now faces a charge of bringing false or misleading evidence about the events at the illegal Airbnb gathering.

RV’s written submission to the VRT was released to the public on Thursday and the organisation said it felt Zahra deserved a further two months suspension for lying about his presence at the gathering, although they said they were happy to see one of those months served alongside his current penalty.

Zahra is appealing both the severity of his initial three-month ban, citing a potential loss of earnings over the spring carnival period, and is contesting the charge of providing false or misleading evidence because, he argues, he needed to tell his family first before coming clean about his attendance at the Mornington party.

Two other riders, Melham and Ethan Brown, are pleading not guilty to the charges of giving false and misleading evidence to stewards, and while they plead guilty to the COVID-19 breach both men are appealing the severity of their bans.

The hearing involving Celine Gaudray will be on Friday morning. She has not appealed against her three-month ban. 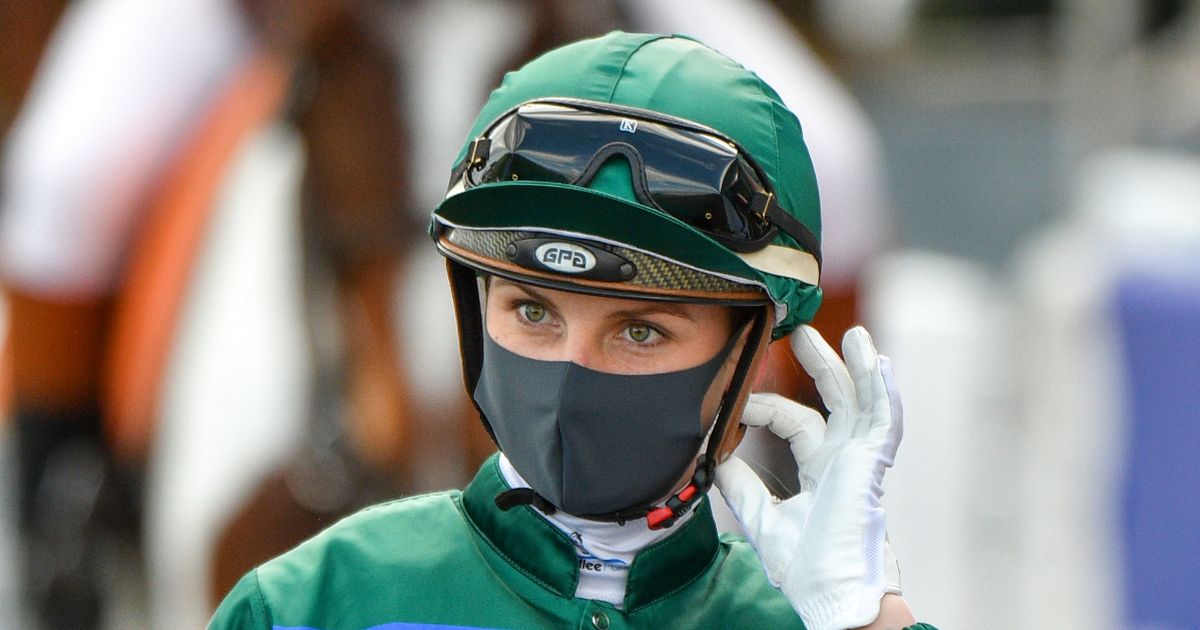 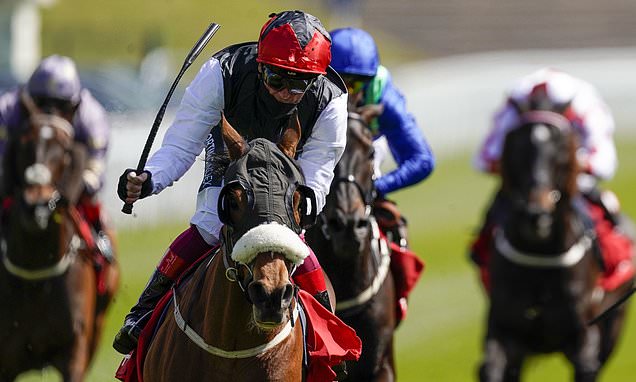 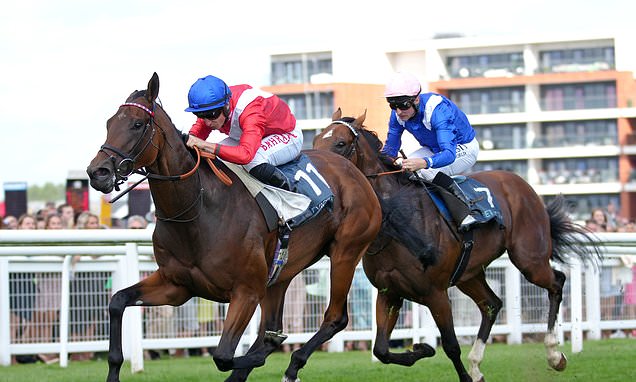