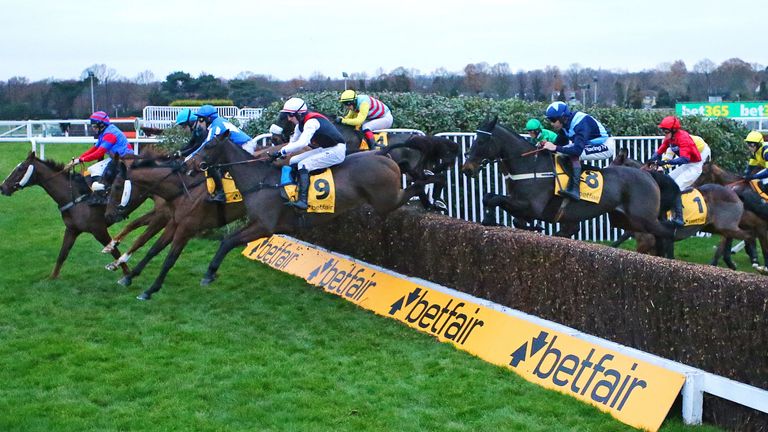 All seven jockeys banned in the void-race drama at Sandown on Saturday are to have appeals lodged on their behalf.

The Betfair London National was voided on safety grounds, with the Venetia Williams-trained Houblon Des Obeaux being attended to after suffering what was later reported to be a fatal heart attack after jumping the Pond fence on the first circuit.

Approaching the same obstacle for a second time, a member of the ground staff displayed a yellow flag, which is shown to indicate to riders that there is a serious incident ahead and that jockeys must stop riding and the race declared void.

Seven riders instead bypassed the fence and stricken horse, continuing to the finish with the race ‘won’ by Philip Donovan aboard Doing Fine for Neil Mulholland. As well as Donovan, Jamie Moore, Daryl Jacob, Adam Wedge, Stan Sheppard, Harry Skelton and James Davies were handed 10-day suspensions. The bans are due to start on December 21.