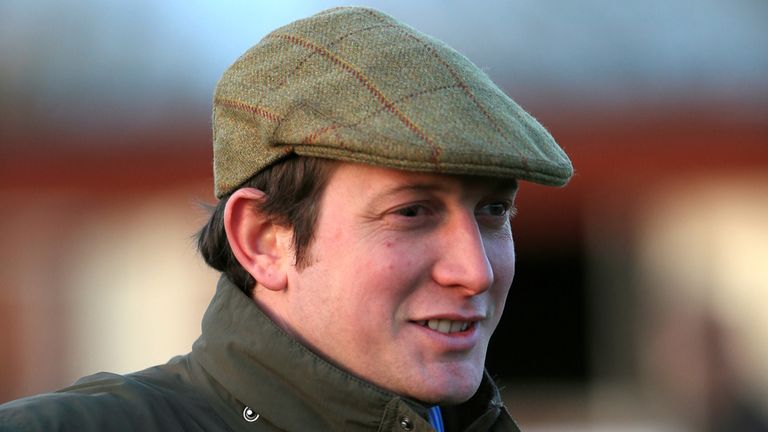 Ben Pauling is looking forward to seeing what Shakem Up’Arry can do over fences next season following his fine effort in second to impressive Tolworth Hurdle winner Metier at Sandown.

A second-season novice, Pauling’s charge – who is owned by football manager Harry Redknapp – ran in the Ballymore at Cheltenham in March, although his trainer sees his long-term future very much over the larger obstacles.

Races such as the Betfair Hurdle, Imperial Cup and even the County Hurdle are under consideration if the ground is still on the soft side.

“He’s come out of the race incredibly well, he’s bouncing and I think he ran a really nice race,” said Pauling.

“The winner was really quite impressive so while it might not have been a vintage Tolworth there were some decent horses in it and the front pair pulled nicely clear, looking good prospects for the future.

“Over two miles I think we’ll need soft ground, but over two and a half he’d be fine. He does have quite a knee action, though.

“There are plenty of options for the rest of the season. We might toy with the Betfair Hurdle, but that might come a bit soon so something like the Imperial Cup or even, if the ground was soft, the County Hurdle would be up his street.

“If it went really soft we could even think of the better novices, but Saturday showed where he was. He’s a nice horse but he’s a chaser, it’s all about next year and I think he’ll be a very smart novice chaser.”

Redknapp has been in touch with Pauling already, and is “very excited” at what the future might hold.

“Harry is very excited, everyone can see that he’s got a bright future. He’s a great, big, solid horse, but he didn’t have the Flat speed of the winner and that showed over the last two,” said Pauling.

“We’re very happy. He’ll be campaigned to be as competitive as he can be for the rest of this year, but I can’t wait to get him over a fence.”