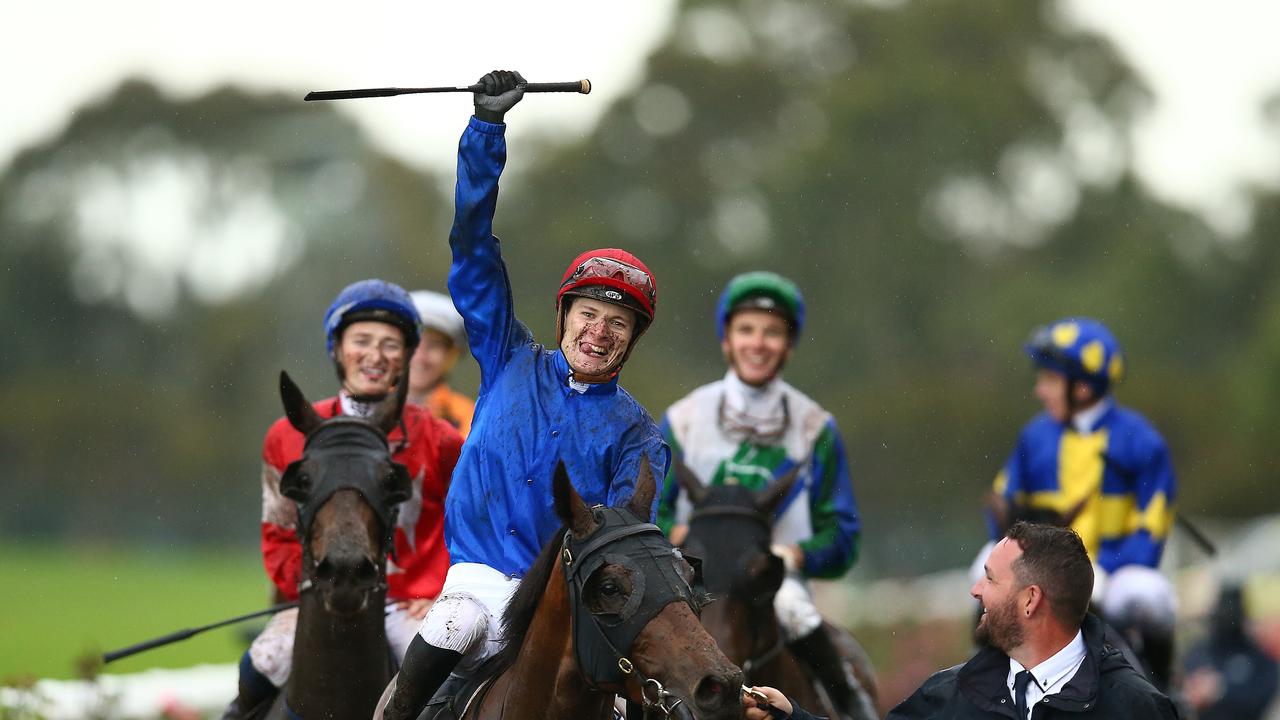 Golden Eagle winning jockey Koby Jennings says he’s ready to make a timely return from a gruesome arm injury this week after spending more than five months on the sidelines.

Jennings has not ridden since having a fall at Goulburn on December 19 last year and suffering an ugly double break in his left arm.

The injury required surgery and Jennings was forced to have two rods and 15 screws inserted into his arm to repair the damage.

It came just a few months after Jennings chalked up the biggest win of his career last spring when he steered home Colette to capture the $7.5 million Golden Eagle at Rosehill.

Jennings was initially only expected to miss a couple of months but a longer than expected recover time forced the talented hoop to miss the entire Sydney autumn.

He has returned to trackwork in the past four weeks and has ridden at several barrier trials in the past fortnight including at Gosford on Monday morning.

His arm has continued to make good progress in recent weeks and Jennings expects to now make his raceday return either at Wyong on Thursday or Rosehill on Saturday depending on acceptances.

“It took a lot longer than we were expecting. There were a few niggling problems with the hand as the nerve and knuckles came back together.

“The stronger I am getting, the better it is going.

“I am just trying to get the race fitness back. You can work as hard as you want but nothing compares to race fitness.”

A heavyweight rider and one of the tallest jockeys in the state, Jennings was able to keep his weight in check while out of the saddle and says he didn’t ‘blow out’.

Koby Jennings was pretty banged up after his fall at Goulburn.Source:Twitter

He will return both mentally and physically recharged after using his time away from racing to spend time relaxing with friends and family.

“It wasn't the worst thing to happen really because you that time away to look at things,” Jennings said.

“I got to travel to Townsville to see a good mate and saw the family in Victoria a couple of times, which was good.

“It gives the body that time to settle and recover.

“Now I am starting to get keen. Once you start riding again and you get the eye in, that’s when you want to get back out there more.”

Jennings has been booked to ride the Kristen Buchanan-trained Jazzland and Nathan Doyle’s Royal Banquet on Saturday.