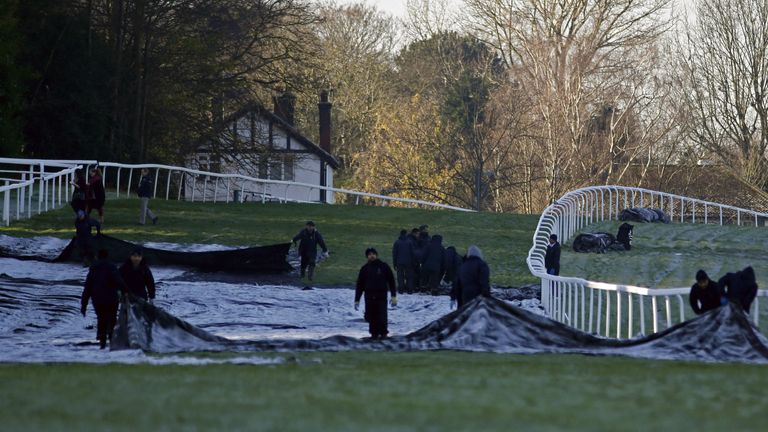 Friday’s meeting at Exeter has been called off due to a frozen track.

An initial inspection was held at 9.30am and while the frost sheets deployed on the track had done their job, officials were concerned by a slow rise in temperature, forcing another check.

That 10.30am inspection showed there had not been sufficient improvement in conditions, with the track tweeting: “Unfortunately, we have not passed this morning’s second inspection. New Year’s Day Racing at Exeter has been abandoned.”

Musselburgh is the only jumps meeting to go ahead after it passed an 8am precautionary check. The card scheduled for Cheltenham had already been cancelled earlier in the week.

Saturday’s Cork card will also need a morning inspection, with officials planning to assess conditions at 8am.

An Irish Horseracing Regulatory Board statement said: “Due to the risk of frost overnight, there will be an 8am precautionary inspection at Cork tomorrow morning ahead of the fixture scheduled to take place on Saturday.

“Following a dry 24 hours the ground at Cork is now soft to heavy and the forecast is mainly dry and cold.”