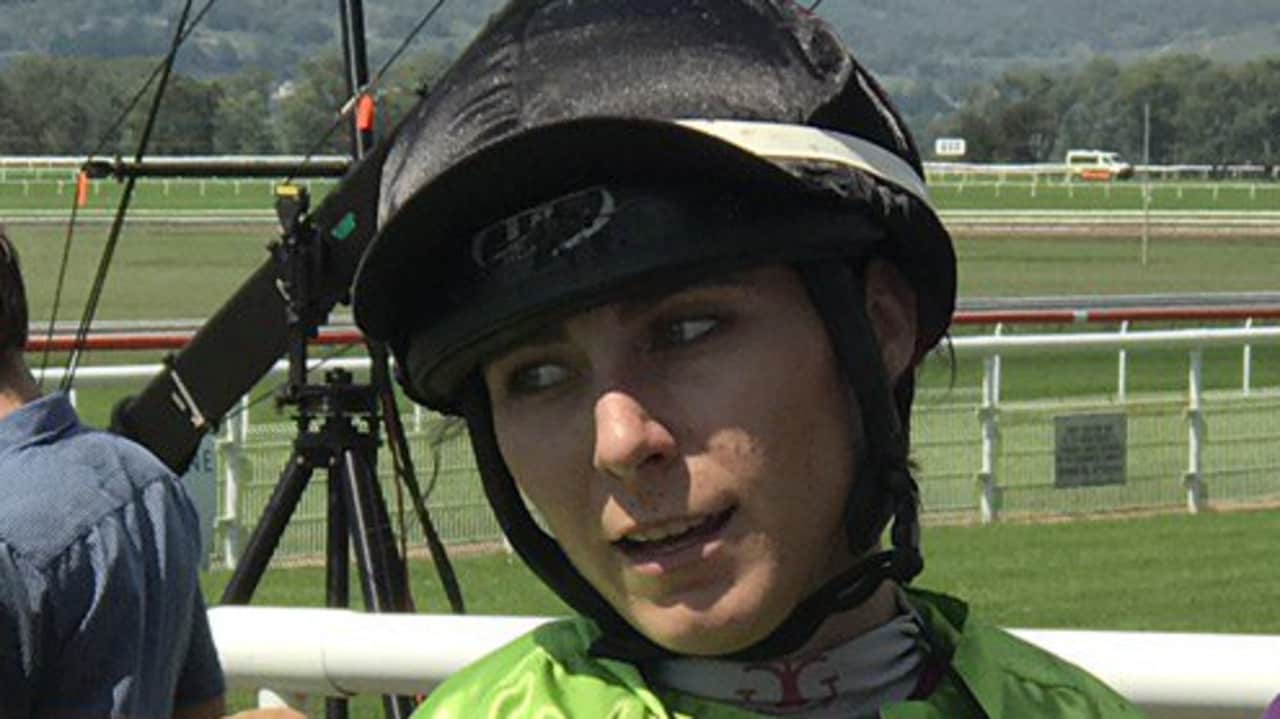 Trainer Wanda Ings and her jockey daughter Chelsea are on a quest to dominate Sunday’s hometown meeting at Bathurst combining four times across the card.

Leading the way for the pair is the well-related mare Ardstraw who aims to break her maiden status in the opener after consecutive seconds at Orange and Dubbo in the lead-up.

Ardstraw’s third dam is Comely Girl who finished second to her TJ Smith-trained stablemate Star Watch in the 1987 Golden Slipper seven-days after she beat subsequent AJC Derby and Oaks winner Research in the Magic Night.

“Ardstraw is so honest and she’s just run into probably a little bit smarter horse each time but she is learning too,’’ Wanda Ings said.

“She was always a little bit on the green side originally but she is really close to the mark and we’re hoping we can pop one off with her on Sunday.’’

Punters would do well to have a second look at the stable’s staying-bred mare Miss Merlin when she lines-up in the Bathurst Glass & Windows Class 1 & Maiden Plate over 2000m.

The daughter of English and Irish Derby winner Camelot is well equipped to see out the trip, says Ings, and hopefully land her first placing after 12 unsuccessful outings.

“Her last start was really good, she got hampered a couple of times because she gets back a little bit. We always thought she would get a journey being by Camelot.

“She will certainly acquit herself very well at the 2000m now that we have got her fit enough.

“I think she will be in it up to her ears and she is our smoky for the weekend.’’ 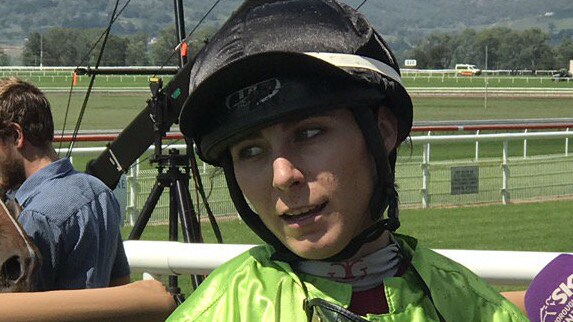 Missile Miss meanwhile has proven herself to be something of a track specialist with a win and two placings from her four runs at home.

The seven-year-old daughter of Smart Missile has also won first-up which bodes well for her prospects in the Bathurst RSL Club Handicap (1100m).

“I have never had a horse with so much finishing power, she does some crazy things,’’ Ings said.

“She got beaten a couple of lengths by Sylvia’s Mother at Canterbury one night; she is a really nice little mare but she has been unlucky.

“She is getting on a little bit now but I still rate her a good chance first-up. She’ll be in the finish.’’

Ings is also forecasting a bold first-up bid from the Dane Shadow gelding Williamson who resumes in the Kennards Hire Handicap (1100m).

The eight-year-old has raced twice over the same track/distance as today’s mission, returning a win and a second.

“He’s had all sorts of injuries and things go wrong but he’s just one of those old stalwarts and he’ll give his best here.’’

Was a certainty when she bolted in at Mudgee last start. Has to step out of maiden grade now but is surely capable.

Matthew Dale-trained filly has a ‘winning draw’ now with box 1 provided she is good enough and all indications are she is.

Runner-up at her past two starts; the mare is at home today and looks hard to beat.

Chelsea Ings could potentially be a very good price in the TAB Jockeys Challenge but could be worth a ticket.

Locally-trained mare Ardstraw is getting closer than ever to posting her first win. The great granddaughter of 1987 Golden Slipper runner-up Comely Girl has herself finished second at her last two starts. Gets her chance here for some reward. Maternal Gift, a Snitzel half-sister to Frankely Awesome, resumes in a suitable race off a nice trial. Makes obvious appeal. Ditto the Matthew Vella trained stablemate Alice Are whose trial was indicative of a bold showing with Grant Buckley in the saddle.

Gary Portelli-trained She Can Talk has placed at two of her four runs bearing in mind too that those are here two runs this time in work so she has come back in good order it seems. Finds herself in the ideal race here and will be rightfully popular. Let’sgetridiculous was $20 to $31 on debut and ran accordingly at Newcastle. She is way better than that on her trials and this is an easier task for the Greg Hickman trained filly. Bally Brook is a local with talent enough.

London Gal is a Matthew Dale-trained filly who has raced five times for a win and two placings. She is pretty quick so you would imagine she can race prominently from the outset given she has box one. Go well. Rock The Dream was placed at Gosford before she won at Goulburn. May pay to overlook the Canberra failure. Timperley is an honest type who stuck to his guns well enough in that Class 1 at Nowra. Can medal again. Can Do It could easily figure at his best. So too Supergaze who has the home ground advantage.

Sole Heir is surely the best bred horse in action at Bathurst. The Bjorn Baker-trained gelding is by Exceed And Excel and a half to stakes winners Smart Missile, Surge Ahead and Kiss From A Rose. Sole Heir will never reach those heights but he should be winning this if he can reproduce his last start second here on April 25. Rhythmo has only won once in his 17 starts but he went pretty close to beating Django Dream at Queanbeyan. Jamocha is in the mix having run second over this track/distance once before.

Miss Jay Fox was, to put it mildly, an absolute moral when she went to Mudgee and won accordingly – at the $1.55. She was never, ever going to get beat once she led and she put a gap on the. The caveats this time are; she has to go up to a BM58 and her rivals at Mudgee are questionable in terms of talent. That said, she has the draw and the ability. It’s just a ‘price’ thing now. Designer Maid is a quick mare who goes well fresh and signalled her readiness with that trial win. Purposeful Miss has won first-up. Missile Miss is the value.

On Angel’s Wings is an interesting runner. The seven-year-old mare was formerly with Noel Mayfield-Smith but has her first run for local trainer Gayna Williams. Granted the mare has only won three from 34 but she’s been a bit unlucky at times owing to her pattern. If she gets a clear crack at them, she could charge over the top here. That said, this lightly-raced Emeriz is a horse capable of going through the grades fairly quickly. He was a good thing at Mudgee and blitzed a moderate bunch. Moon Over Menah is a player.

Appetizing is yet to win in six first-up runs but he has placed twice when fresh. His trainer Jarrod Austin pointed out that the horse is better with a run or two under the belt and we don’t doubt him but to be fair, his trial was quite good in a deep heat and this is a really nice race for the son of Kentucky Derby winner Big Brown. Byron was super impressive winning on debut at Orange and lost no admirers next time when a close runner-up at Queanbeyan. Obviously in the mix. Pittsburgh and Petain can sometimes bob up at big odds. 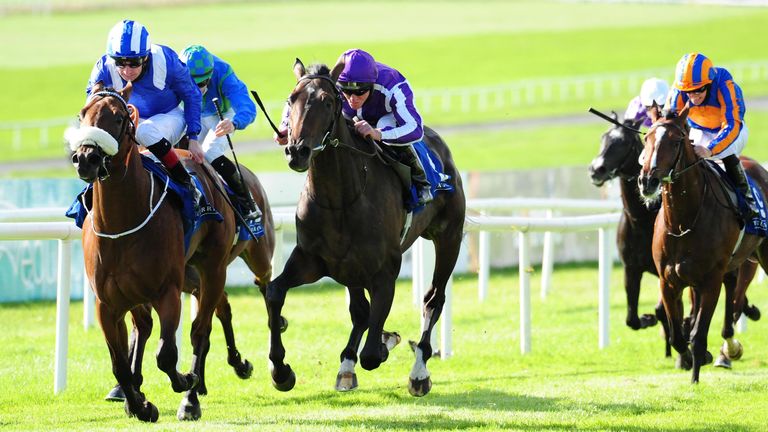 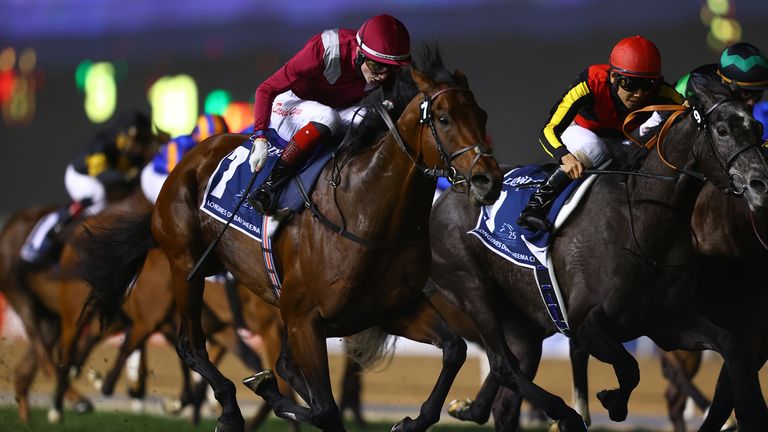 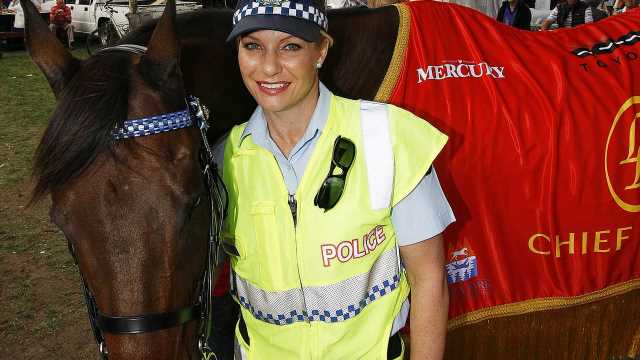