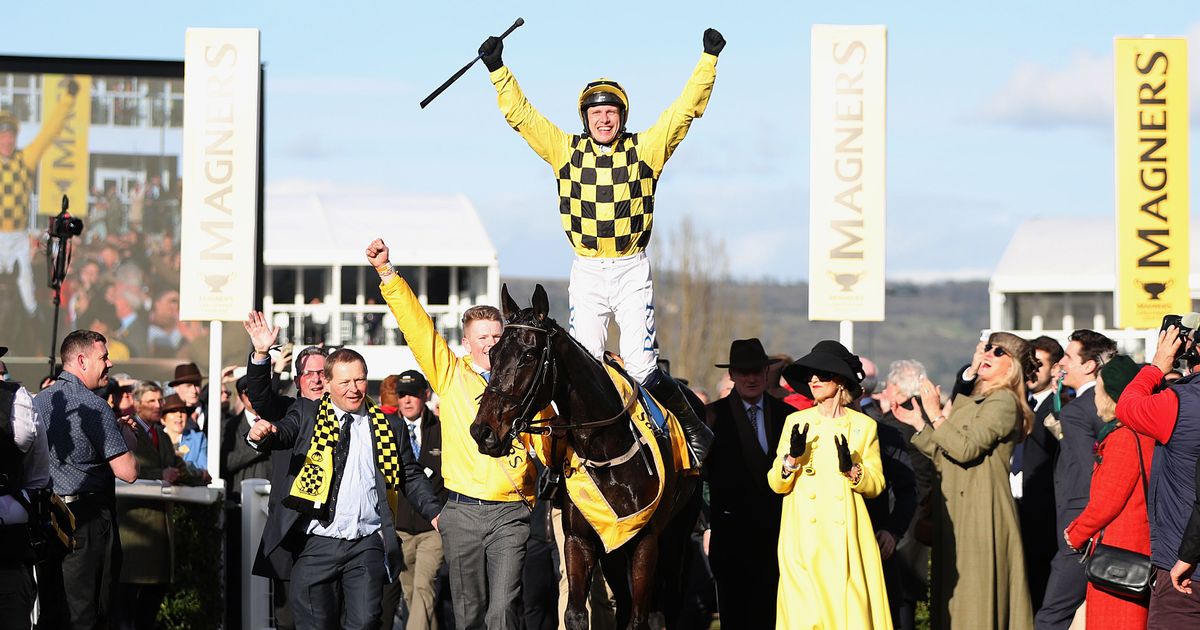 Willie Mullins' chaser could join Best Mate, Arkle and Cottage Rake as the fourth horse to record a hat-trick in the Festival's feature contest.

The nine-year-old returned to action with a smooth success in the Grade 3 Savills New Year’s Day Chase at Tramore – the same race he won prior to his Prestbury Park victories in 2019 and 2020.

Joe and Marie Donnelly's star is one of 17 Irish horses in the potential line-up, which includes Henry de Bromhead's Savills Chase victor A Plus Tard and his stablemate Minella Indo.

Ruth Jefferson has not committed the lightly-raced Waiting Patiently to the test, as he may step down in trip at the meeting instead.

“Waiting Patiently is very well at home and has come out of the King George absolutely bouncing," she said.

"He has been doing handstands and was squealing yesterday morning because the lot was late going out.

“We have decided to enter him in all of the possible targets at the Cheltenham Festival just to keep our options open – at least for now.

"The Champion Chase, Ryanair Chase and the Gold Cup are all championship races and it just makes sense at this stage to keep him in all three."

Al Boum Photo is 7-2 with Coral to land a historic third victory at the Home of Jump Racing.

"He remains 7-2 favourite to triumph for a third time, in contrast to the last horse to win three in a row – Best Mate – who was odds-on (4-5 with Coral) for the Cheltenham showpiece at this stage of his hat-trick seeking season."