Yuxin Lin can look forward to playing in the Masters and The 149th Open next year after clinching his second Asia-Pacific Amateur Championship title after a play-off in China.

The 2017 champion delighted his home fans at the Sheshan International Golf Club in Shanghai as he finished 72 holes in a tie for the lead with defending champion Takumi Kanaya before making a birdie at the second extra hole which his opponent could not match. Lin looked set to wrap up victory in regulation until an ambitious second from a fairway bunker at the par-five last hole found water, an error which cost him a bogey six and his frustration was evident as he signed for a 68 which included five birdies in seven holes on the outward nine.

Kanaya, the world amateur No 1, then missed a five-foot putt for birdie at 18 and tapped in for a disappointing par which completed a 69 and left him in a share of the lead with Lin on 10 under par, one clear of a fast-finishing Tanapat Pichaikool and Chinese Tapei’s Yung-Hua Liu.

The top two returned to the 18th and both made unlikely birdies as Lin produced an outstanding recovery from thick rough while Kanaya drained a 30-foot putt to extend the contest.

Playing the 18th for the third time on the final day, Lin knocked his second into a greenside bunker and splashed out to three feet, and after Kanaya’s birdie putt missed the target, Lin held his nerve to rattle in the winning putt which booked his place in the fields for Augusta National and Royal St George’s next year, provided he retains his amateur status. 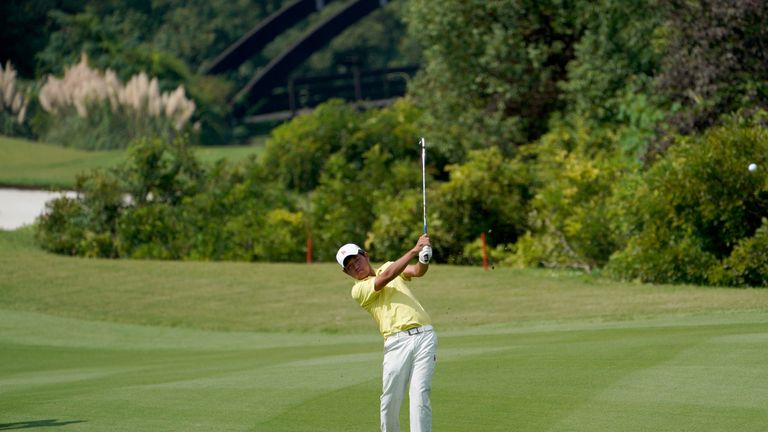 “It definitely means a lot to me, especially this week, winning at home is certainly huge for me and for China golf, as well,” said Lin, who turns 19 next month and is only the second two-time winner of the AAC after Kanaya’s illustrious compatriot Hideki Matsuyama, who won the second and third editions of the tournament.

“I’m just really honoured to be alongside Hideki as a two-time winner,” added Lin. “I didn’t really think about the win. I was just trying to play some good golf out there. I made some mistakes throughout the round but stayed patient the whole time. 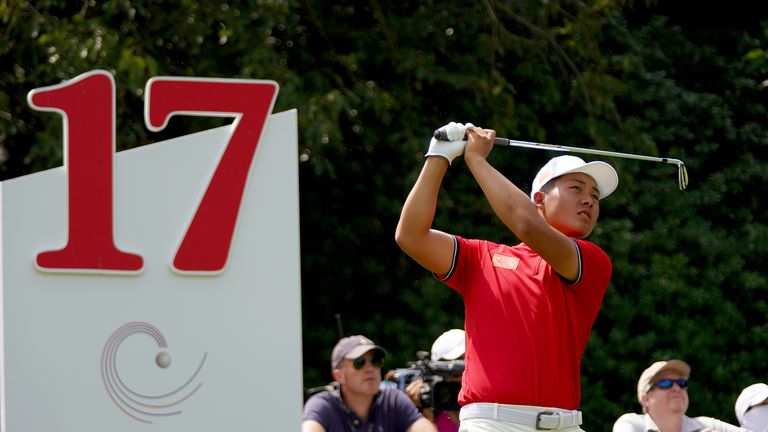 “It really matters a lot playing against the best amateur in the world right now, and especially to be able to get that win is definitely huge. Obviously, Takumi is a great player. It gives me a lot of confidence to be able to compete with the No 1 player in the world in extra holes.”

Kanaya, whose consolation for losing out in the play-off was a place in The Open Qualifying Series, said: “I came here with the sole aim of winning the tournament. I did not have the best first round, but I am very proud of the way I fought back. I am so happy for Yuxin, and I will be watching him play the majors and rooting for him.