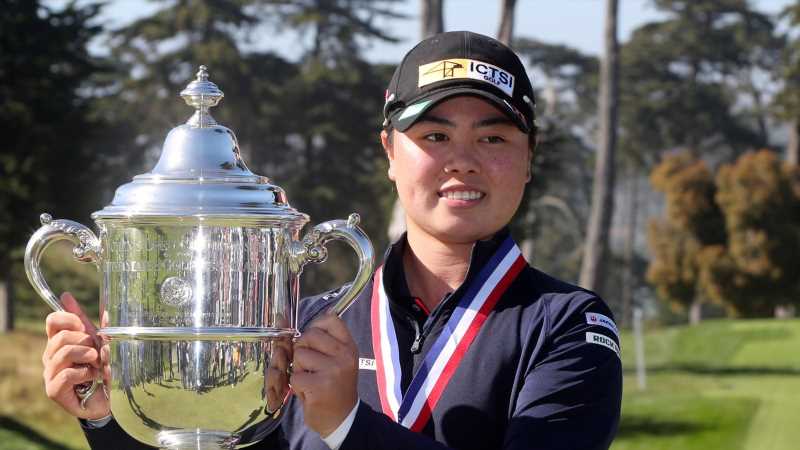 Yuka Saso birdied the third playoff hole against Nasa Hataoka to win the US Women’s Open after long-time leader Lexi Thompson endured a back-nine collapse at The Olympic Club.

Saso’s victory makes her the joint-youngest champion in history at 19 years, 11 months and 17 days, incredibly the exact same age as Inbee Park was when she lifted the trophy at Interlachen Country Club in 2008.

The teenager, who has modelled her swing on Rory McIlroy’s, is also the first major champion from the Philippines, although victory looked unlikely when she made back-to-back double-bogeys at the second and third holes to slip to two under, six behind overnight-leader Thompson after she birdied the fifth. Thompson appeared likely to enjoy a procession to victory until her problems started at the 11th, where she made double-bogey and then dropped another shot at the 14th to have her commanding lead trimmed to just a single stroke.

The American also made a mess of the par-five 17th after a poor drive left her unable to go at the green in two, and she came up short with a wedge in hand for her third and was unable to get up-and-down to save par.

Saso managed to birdie both par-fives on the back-nine, making good fours at 16 and 17 to jump to four under along with Hataoka, who bounced back from a bogey at the 11th with three birdies in four holes although she also had to settle for a par at the reachable 17th.

Hataoka and Saso both safely parred the last to close on four under par, while Thompson’s misery was compounded when she left her par putt short and tapped in for another bogey and a back-nine of 41, her 75 leaving her to contemplate another near-miss in a major championship.

The leading pair traded pars at the ninth and 18th, where Saso’s bold birdie putt rolled 10 feet past the hole before she bravely rattled in the return to extend the contest and take them back to the ninth.

Saso applied the pressure with an excellent approach to 10 feet, with Hataoka having to settle for par after a sand-wedge from just over 100 yards came up 30 feet short of the flag.

And Saso seized her opportunity as her hard-breaking birdie putt toppled into the cup to cement her place in the history books.

“For the first few holes I had two double bogeys, and I was actually a little upset. But my caddie talked to me and told me to just keep on going; there’s many more holes to go, so that’s what I did,” said an emotional Saso afterwards. 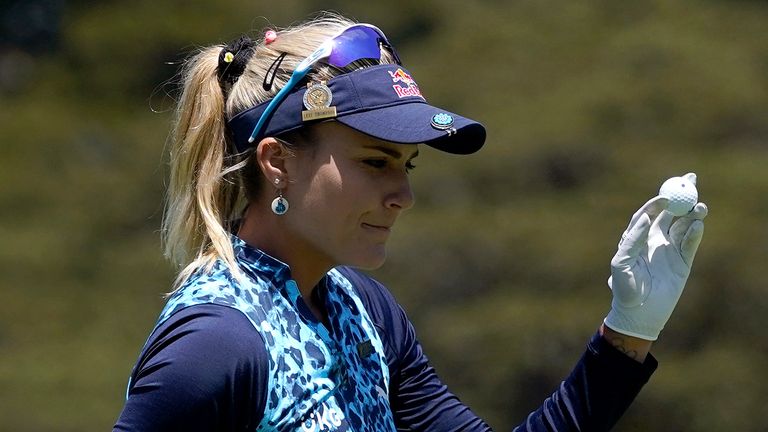 And one of the first players to congratulate her on social media was McIlroy, who is clearly aware of the many comparisons between his swing and that of Saso doing the rounds on various platforms.

“Everyone’s going to be watching Yuka Saso swing videos on YouTube now. Congratulations!,” wrote McIlroy, who had just finished tied for 18th at The Memorial Tournament in Ohio.

As for Thompson, she was doing her best to put on a brave face having squandered a five-shot lead with just 10 holes remaining, insisting that she did not get just reward for her performance.

“Of course it’s tough,” she said with a wry smile. “I really didn’t feel like I hit any bad golf shots. That’s what this golf course can do to you, and that’s what I’ve said all week.

“You know, 17, I mean, I didn’t hit a bad drive. The wind just never got it and then it tried to bounce right, and I’ve never seen a lie that bad. That’s what this course can do. Just got the wind wrong on a few shots coming in.

“But overall I’d be the first one to tell you that I hit some bad golf shots and I deserved it, but it’s golf.”

Megan Khang and Shanshan Feng were the only two other players to complete the tournament under par, with both finishing on two under, while Mel Reid crashed to 12 over par after back-to-back 78s over the weekend.