After shooting an even-par 71 on Thursday, Tiger Woods needed a strong round on Friday to surge up the leaderboard at the WGC-Mexico, and he rose to the challenge.

Woods rode strong putting and six birdies on Friday to score a 5-under 66, among the best of anyone in the field for the round. He finished Round 2 in the top ten on the leaderboard.

His lone blemish on Friday, a bogey on the 17th hole — he began on the back nine — was immediately cancelled out by a birdie. Woods hit some incredible shots during the round, including hitting a second shot with 11 feet of the cup from a fairway bunker.​

In total, Woods hit 11 fairways and 13 greens in regulation during the round.

Sporting News tracked the results and highlights from Woods’ second round at the WGC-Mexico, which is being played at Club de Golf Chapultepec in Naucalpan, Mexico.

For complete scores, check out our full WGC-Mexico leaderboard  featuring Woods and the rest of the field.

Not an ideal start on the final hole for Woods, who drives it into the fairway bunker, but he hits a miraculous second shot, clearing a tree and getting a great bounce to land 11 feet from the hole. The birdie putt lips out and he finishes the round with a par and total score of 66.

After a straight drive, Woods nearly hits his approach shot into the gallery. He rebounds with a strong pitch that lands within four feet of the cup and saves par.

Iron from the tee box about 20 feet away from the green for Woods. Although he doesn’t stick the birdie putt, it leads to a tap-in and he stays at 5 under.

All fairway and green for Woods on the sixth hole, but the 26-foot birdie putt is missed and he has shot a par on two of three par fives.

A miraculous second shot gets Woods onto the green and he converts a 13-foot birdie putt. He’s now 5-under par and just four strokes off the lead.

Woods lets a birdie opportunity to slip by the wayside when he misses a 20-foot putt, but he rebounds with a par.

How about a 22-footer for birdie? Woods is 4 under for the round.

A birdie for @TigerWoods.

Woods gets a green in regulation but his long birdie putt sails past the hole, setting up a second straight par.

Woods double bogeyed this short par four on Thursday, but he is able to keep pace with a par save on Friday.

What a way to finish the first nine! Woods gets his fourth birdie of the round to gain back the stroke he lost on the previous hole.

Woods won’t be happy with a bogey on the par three. He had a putt a long ways from the hole for birdie and ended up three-putting to drop a stroke.

The birdie streak doesn’t reach three as Woods misses a putt from 10 feet and settles for a par.

Make that two straight birdies for Woods! He enters into the top ten but sits seven strokes behind Rory McIlroy for the lead.

3 birdies in 4 holes for @TigerWoods.

An 8-foot birdie putt that gets in the cup moves Woods to 2-under par for the round and tournament. He’s inching closer to the top 10 on the leaderboard.

Woods can’t reach the green on the short par three, hitting it to the left rough. He’s able to pitch it on the green and convert the five-foot putt to save par.

First birdie of the round for Woods! He drove it 284 yards off the tee, got on the green in two shots, and hit the 8-foot putt to move under par.

It’s another par on 11 for Woods. After a routine start, his third shot went into the trees and he followed it up with a pitch short of the green. Another one-putt on the green saved par.

Woods starts on the back nine and gets a fortuitous kick onto the fairway with his iron off the tee. He ends getting an up-and-down for par, saving it by one-putting from three feet away.

What a difference a day makes for @TigerWoods.

Out of bounds yesterday. 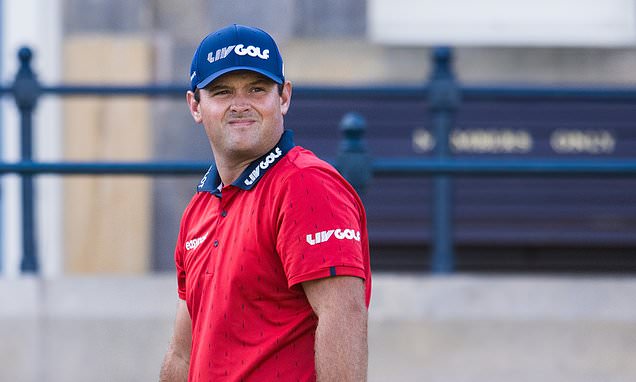 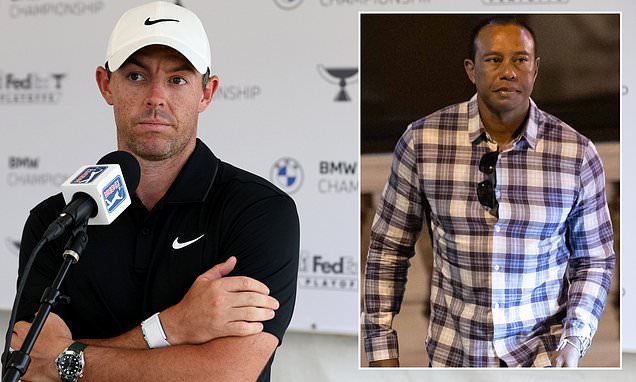 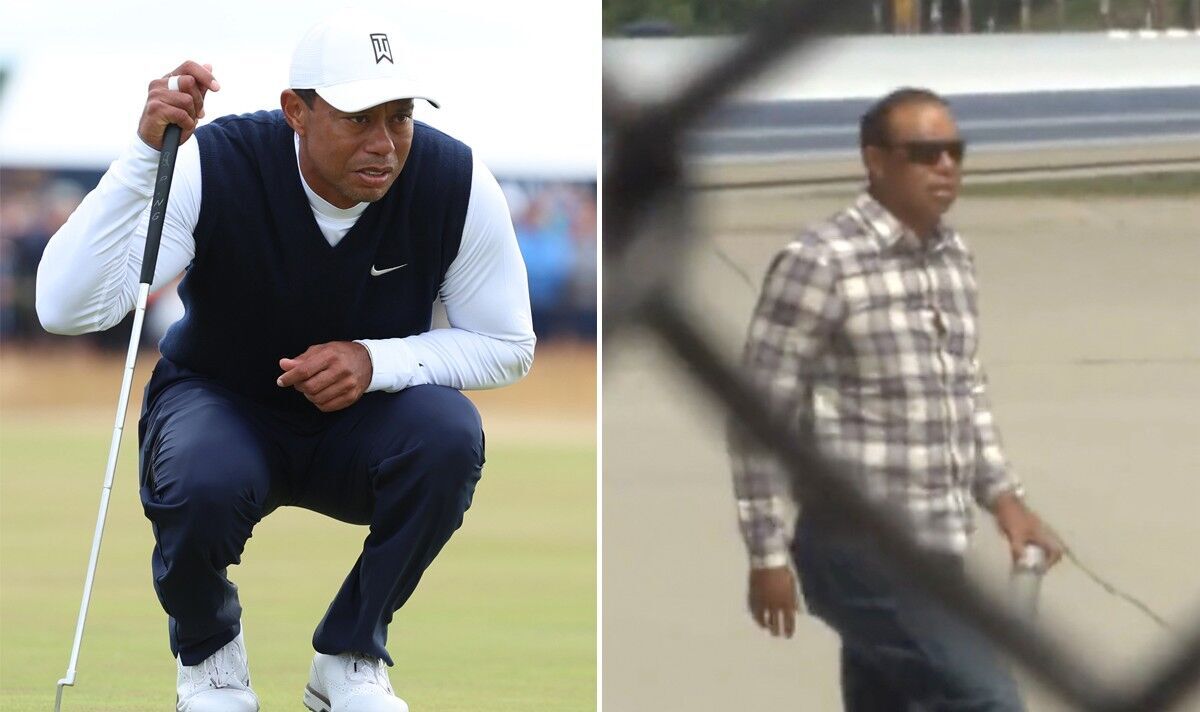