DEREK LAWRENSON: More than 250,000 golfers unite to protest absurd Government ban – almost everyone can see that it was a game made for social distancing

It takes a lot to rouse England’s silver-haired army from their golfing contentment but seek to close their beloved courses for no logical reason and watch them rise.

In little more than 24 hours following Saturday’s announcement more than 250,000 golfers had called the Government to account, signing a petition pleading with them not to go down a path that will plunge so many people into wholly unnecessary despair. 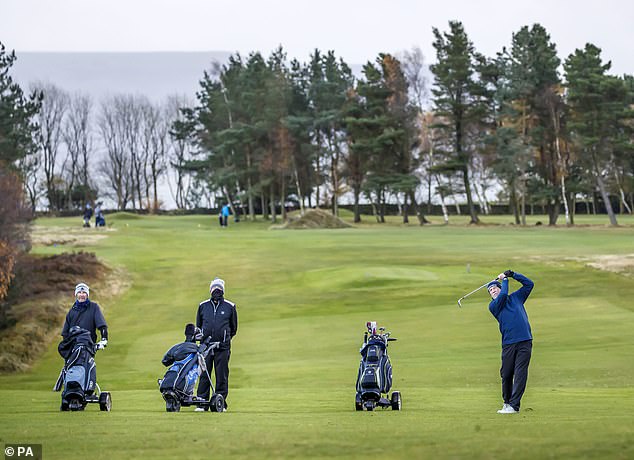 The rest of us are left shaking our heads at what is being proposed from Thursday.

So you can drive to a park and exercise with a friend for an unlimited period of time but you can’t drive to the golf course and play 18 holes with someone else? As incoherent policy-thinking goes, that takes some beating.

‘The purpose of the tougher proposals is to reduce social contact,’ said a Government spokesman yesterday, seemingly oblivious to the fact that, with golf, there doesn’t have to be any social contact.

No Tiger Woods at the Houston Open this week, as he has decided to stick with his usual pre-Masters routine of practice and relaxation. But there are plenty of star names in attendance as we roll around to Augusta. World No 1 Dustin Johnson heads the list, as he plays for the first time since being diagnosed with coronavirus, and he will be joined by the likes of Brooks Koepka and Tyrrell Hatton.

It really isn’t difficult. Yes, close the clubhouses, if you must. Close the pro shop. Stress there should be no socialising in the car park and players should come dressed to tee off. Play in two-balls, to keep within the parameters of what’s being proposed elsewhere regarding outdoor exercise.

Heck, play in singles, if you really don’t want any contact at all. But don’t close the courses. There are tens of thousands of people in their 60s and beyond for whom playing the game is not just the centre of their world, but practically the whole of it.

You’re sending these people down a path of mental turmoil and threatening their very wellbeing.

I know. I play golf with some of them. ‘I don’t know what I will do, if they close the course,’ one of my friends, a septuagenarian widower who plays 18 holes every day, confided last week. Every club in the country must have 50 players at least with the same outlook.

The irony is that golf has been one of the few sports that has picked up players during this pandemic. Everyone can see that it was a game made for social distancing. Well, nearly everyone.

Let’s hope common sense prevails and this proves to be one more U-turn the Government makes.

Most people are prepared to cut them slack for the difficult decisions they are being asked to make. It would help, mind, if they didn’t make a mess of what should be the easy ones, like playing golf.

CLARKE’S BACK IN CHAMPION FORM

Is the Champions Tour in America undergoing a renaissance?

Following victories for Ernie Els and Phil Mickelson in recent weeks, I tuned in on Sunday to watch a compelling finish as Darren Clarke played some nerveless shots down the stretch in Florida to hold off Jim Furyk, Bernhard Langer and Miguel Angel Jimenez for his first victory on the over- 50s circuit — and his first of any kind since the 2011 Open. 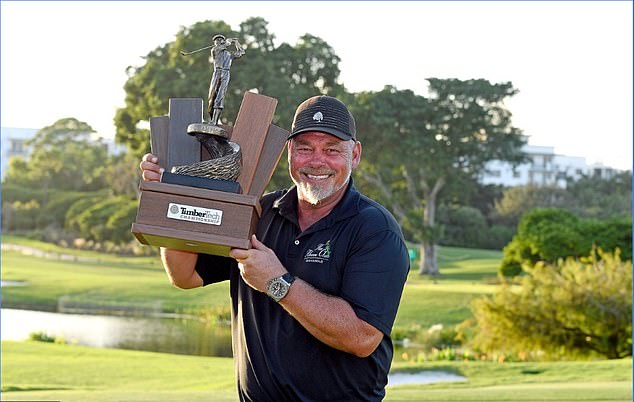 There is talk that the age of eligibility might be dropped to 45. It’s pure coincidence, of course, that a certain Tiger Woods turns 45 next month. If they got him as well, they’d have more armchair fans than most regular tour events.

What a delight to attend a tournament with spectators again, even if there were only 500 allowed. Spread over 250 socially distant acres at the Bermuda Championship, they provided a sense of normality sadly missing at the other events I’ve attended where none were permitted.

Of course it helps if it’s an island where there are just two current active cases of Covid-19 and where tourists are required to have three different tests in their first eight days on arrival. 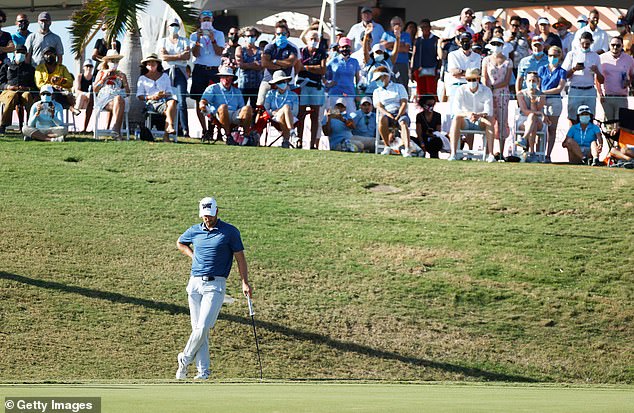 But is Augusta missing a trick in not allowing 2,000 or so local patrons to attend next week, given there will also be spectators in Houston this week?

At Augusta, they’re promising test results within an hour for the media. Couldn’t such a regimen have been extended to spectators? I suspect a lot more people will be thinking along similar lines come the back nine on Sunday week.

No Tiger Woods at the Houston Open this week, as he has decided to stick with his usual pre-Masters routine of practice and relaxation.

But there are plenty of star names in attendance as we roll around to Augusta. World No 1 Dustin Johnson heads the list, as he plays for the first time since being diagnosed with coronavirus, and he will be joined by the likes of Brooks Koepka and Tyrrell Hatton.