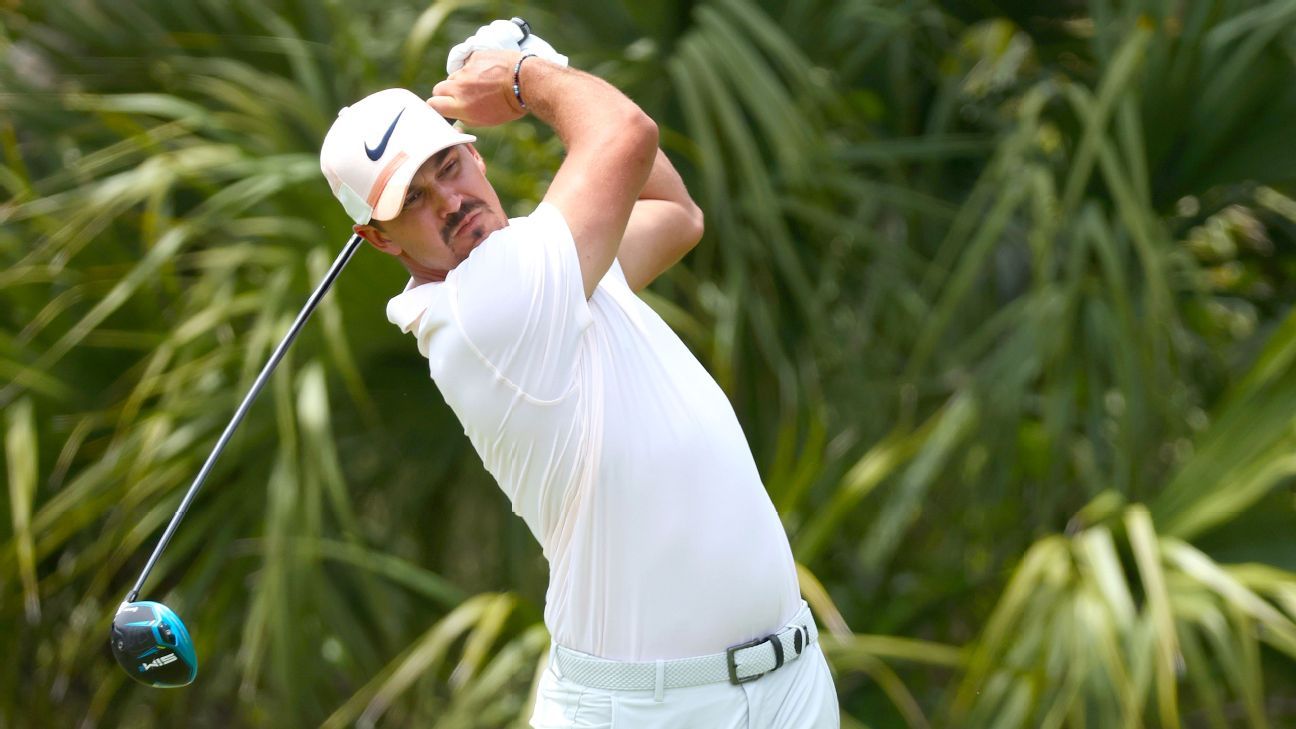 The feud between Brooks Koepka and Bryson DeChambeau may be heating up again just in time for summer.

A leaked video shows Koepka rolling his eyes at DeChambeau and cursing in frustration during a post-round interview this past weekend at the PGA Championship.

The viral video, posted Monday night to social media platforms, is a clip from a Golf Channel interview after Koepka’s second round Friday at Kiawah Island. As Golf Channel reporter Todd Lewis prepares to begin the interview, Koepka looks to his right before an exaggerated roll of the eyes.

Then as Koepka answers Lewis’ question about his round, DeChambeau walks behind him in the shot, a move that left Koepka annoyed and distracted.

“I didn’t putt well but I don’t think any of the guys were going to putt well with this wind,” Koepka said before DeChambeau walked behind him. “It’s very tough. I don’t know what the other guys have said, I just found it difficult to read sometimes.”

At that moment, DeChambeau and another man are seen walking in the background of the shot. It is unclear whether DeChambeau says anything, but Koepka stops speaking and closes his eyes in frustration before trying to continue his answer.

“Sometimes, um — I lost my train of thought,” Koepka admits. “Hearing that bulls—.”

Golf Channel never published the interview and had not commented on the leaked video as of Tuesday morning.

Koepka carded a 1-under-par 71 on Friday after an up-and-down round that included two eagles and four bogeys. He was near the top of the leaderboard all weekend but ultimately finished tied for second with Louis Oosthuizen, two shots behind historic winner Phil Mickelson.

DeChambeau struggled Sunday with a final-round 77 and finished at 3-over, seven shots behind Koepka and nine behind Mickelson.

The rivalry between Koepka and DeChambeau dates back a few years and intensified in January 2020, when DeChambeau poked fun at Koepka’s physique. Koepka barked back on Twitter by pointing to his four major championships; DeChambeau, who won last year’s U.S. Open, had not won a major at the time.