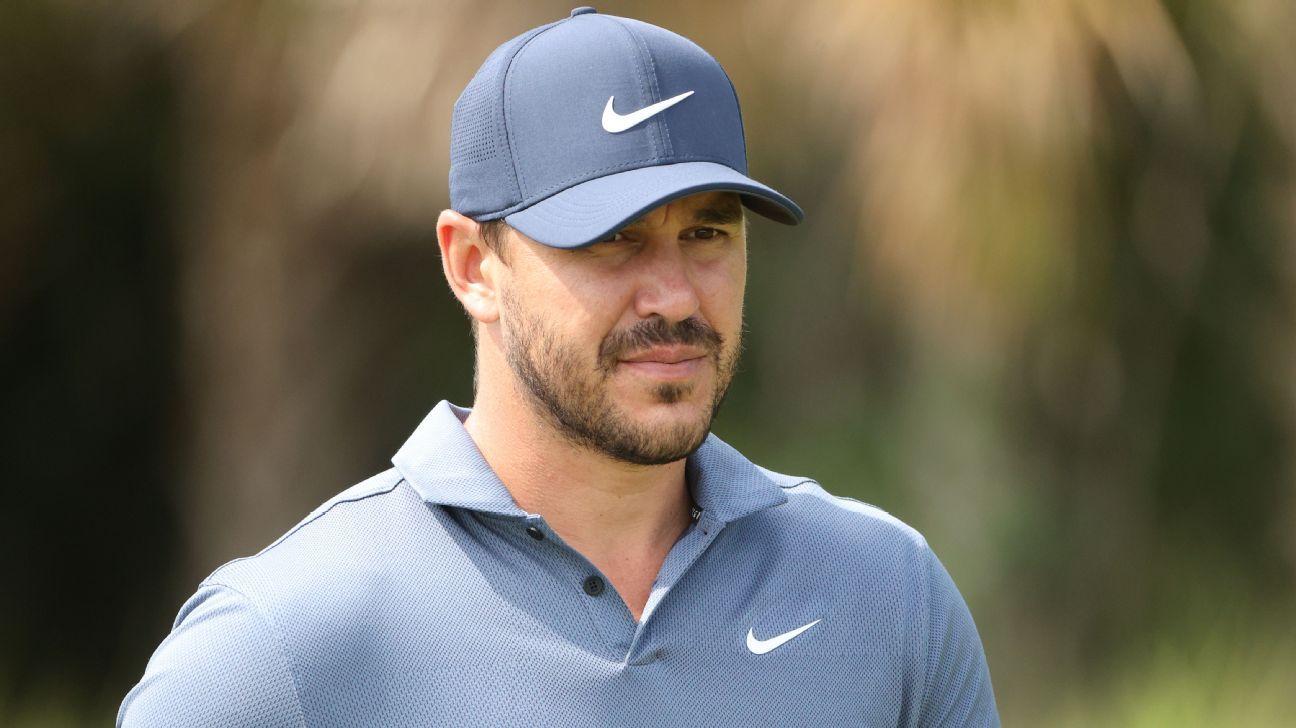 When asked Wednesday what his issues are with Bryson DeChambeau, Brooks Koepka came back with another question.

“How would I characterize it? I don’t know where you want to start, like I guess — where do you want to start?” Koepka said during a news conference from the Palmetto Championship at Congaree outside of Ridgeland, South Carolina. “That’s more my question.”

Koepka, the four-time major champion, and DeChambeau, the reigning U.S. Open champion, have been at odds for more than two years, their feud intensifying two weeks ago when a leaked video of Koepka showing his contempt for DeChambeau during an interview at the PGA Championship went viral.

Since that time, there has been some back-and-forth on Twitter, with DeChambeau getting heckled at last weeks’ Memorial Tournament, Koepka then coming back to say he’d take care of anyone removed from the tournament with free beer, and then DeChambeau countering that perhaps the PGA Tour needs to get involved.

Koepka, who tied for second at the PGA Championship behind winner Phil Mickelson, spoke publicly about it for the first time Wednesday in advance of the PGA Tour event that is replacing the canceled RBC Canadian Open.

“I think it’s good for the game. I really do,” he said. “The fact that golf’s on pretty much every news outlet for about two weeks pretty consistently, I think that’s a good thing.

“It’s growing the game. The younger generation — I get the traditionalists who don’t agree with it. I understand that, but I think to grow the game you’ve got to reach out to the younger generation, and I don’t want to say that’s what this is, but it’s reaching out to a whole bunch of people. It’s getting golf in front of people. I think it’s good for the game.”

Koepka and DeChambeau are almost certain to be members of the U.S. Ryder Cup team in September, something Koepka believes won’t be an issue.

“There’s only eight guys that are playing [at a time], four guys are sitting, whatever,” Koepka said. “I mean, I play with one other guy. I don’t understand — if let’s say I don’t play with Bryson or Bryson doesn’t play with me, he takes care of his match, and I would take care of my match, and I don’t know how that has any effect. What you do off the golf course doesn’t have any effect on the golf course.”

In the viral video, Koepka was being interviewed by the Golf Channel following his second round of the PGA Championship at Kiawah Island, South Carolina. The interview was being taped when DeChambeau walked by, was talking, and Koepka was distracted. The video, which was not meant to air, showed him rolling his eyes and later dropping an expletive about DeChambeau.

“It doesn’t bother me, honestly,” Koepka said. “I’m OK with anything I do. I don’t really live with regrets. It’s nothing I’m terribly upset about. From everybody I spoke to, it is what it is and move on.

“As far as that was, he didn’t say anything to me. He wasn’t speaking to me. He was either signing his scorecard or wherever and I was just to the right of the media tent, or I guess right in front of the microphones where you guys all were, and I don’t want to say he was like screaming — he was saying something about how he hit a perfect shot and it shouldn’t have been there, and it was just very, very loud. I don’t think the mics picked up on that, but it felt like just so that the fans could hear.

“With the media right there, you kind of know, hey, look, we’re all kind of in this area, just tone it down, and it was just so loud. Then I think he realized that he had gotten right behind me, and he toned it down a little bit, but it was still — and I just lost train of thought, which I think was pretty obvious.”