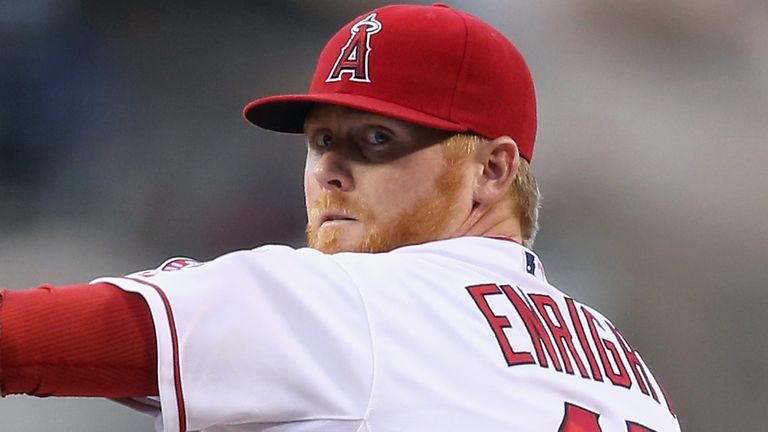 Former Major League Baseball pitcher Barry Enright celebrated his first start in a professional golf tournament with a victory on the Outlaw Tour in Arizona.

Enright finished the 54-hole TPC Champions Classic tied for the lead on eight-under par with Sam Triplett and Dylan Wu, although he could have wrapped up the win in regulation had he not bogeyed two of the last three holes.

But the 34-year-old regrouped and went on to edge out Triplett with a winning par at the sixth extra hole, with Wu being eliminated at the first in a thrilling finish at TPC Scottsdale.

A CHAMPION HAS BEEN CROWNED

Former @MLB pitcher @BarryEnright45 took down Sam Triplett (@TriplettSam) on the 6th playoff hole for the win at the #TPCChampionsClassic.

This is Barry's first ever pro event, and the man took it down.

Enright pitched for a number of MLB teams including the Arizona Diamondbacks and Los Angeles Angels, and he is currently the pitching coach for the Hillsboro Hops, an affiliate team of the Diamondbacks.

He last appeared in the MLB seven years ago, but Enright was part of the Team GB squad at last year’s European Baseball Championship before returning to his coaching role in Arizona.

“I started feeling it down the stretch,” said Enright. “I was hitting good shots and then I hit the fairway on 18 for the first time all week. The first two days I made pars from the dirt, but today I made bogey from the fairway!

“But it was a lot of fun to be able to represent the baseball community here, and have some fun golfing.