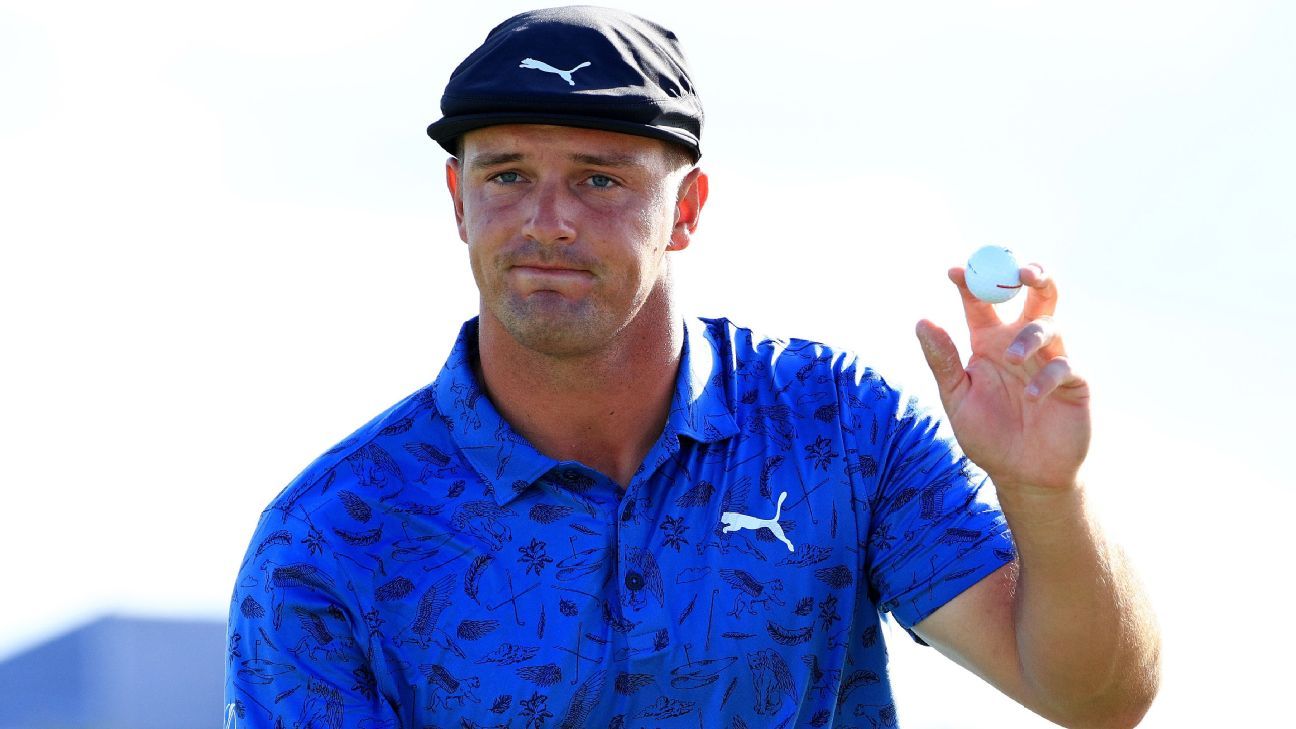 NASSAU, Bahamas — The Hero World Challenge has taken on a little more meaning for Bryson DeChambeau and Collin Morikawa entering the weekend.

One week after getting whipped by Brooks Koepka in Las Vegas at their made-for-TV match, DeChambeau made five birdies in a six-hole stretch and overcame a late double bogey after a wild drive to shoot 8-under 64.

That was good for a one-shot lead over a group of three golfers that included Koepka and Morikawa, who is pursuing the No. 1 spot in the world ranking.

Koepka, who made a 12-foot par putt on the final hole for a second straight 67, will not be in the final group with DeChambeau on Saturday.

DeChambeau had hoped for the opportunity to exact a small measure of revenge for last week’s match-play loss.

“That would be sweet,” DeChambeau said to Golf Channel about the possibility of being paired with Koepka.

Said a shrugging Koepka: “I already proved everything.”

Morikawa, who is newly engaged, made a strong move on the back nine with a birdie-birdie-eagle sequence until falling victim to the tough 18th, playing into a strong breeze. His bogey led to a 66, but he was right where he needed to be.

“Just got to use that momentum for tomorrow,” he said.

A victory against the 20-man field is the only way Morikawa can reach No. 1 in the world, and only then for a week before Jon Rahm — not playing this week — is projected to return to the top based on the two-year rolling formula.

Not to be overlooked is Tony Finau, who made one of only two birdies on the 18th, rolling in a 15-foot putt for a 66 to finish one shot back.

Daniel Berger also made birdie on the 18th and was two shots behind.

His big run started with a birdie on the par-5 sixth, and the only hole he didn’t birdie over the next hour was the par-3 12th. He nearly drove the green on the reachable par-4 14th and caught a break when it was rolling off the steep slope and went into a sprinkler hole, slowing the ball’s momentum and leaving him a simple up-and-down.

Rory McIlroy couldn’t keep up. He was in range of the leaders until a double bogey on the 14th. He bounced back with a pair of birdies, only to drop a shot on the 18th for a 71. McIlroy, going for his second win in his last three starts, was four back along with Viktor Hovland (69) and Patrick Reed (69).

Morikawa and DeChambeau present a sharp contrast in their games and personalities.

“There hasn’t been one style of golf that has won every tournament out here, right?” Morikawa said. “Look, Bryson’s changing the game and he’s doing what he thinks is going to help and I’m doing what I think is going to help. I think when it comes down to it, who’s going to put the ball in the hole with the least amount of strokes? And we’re all trying to figure that out.” 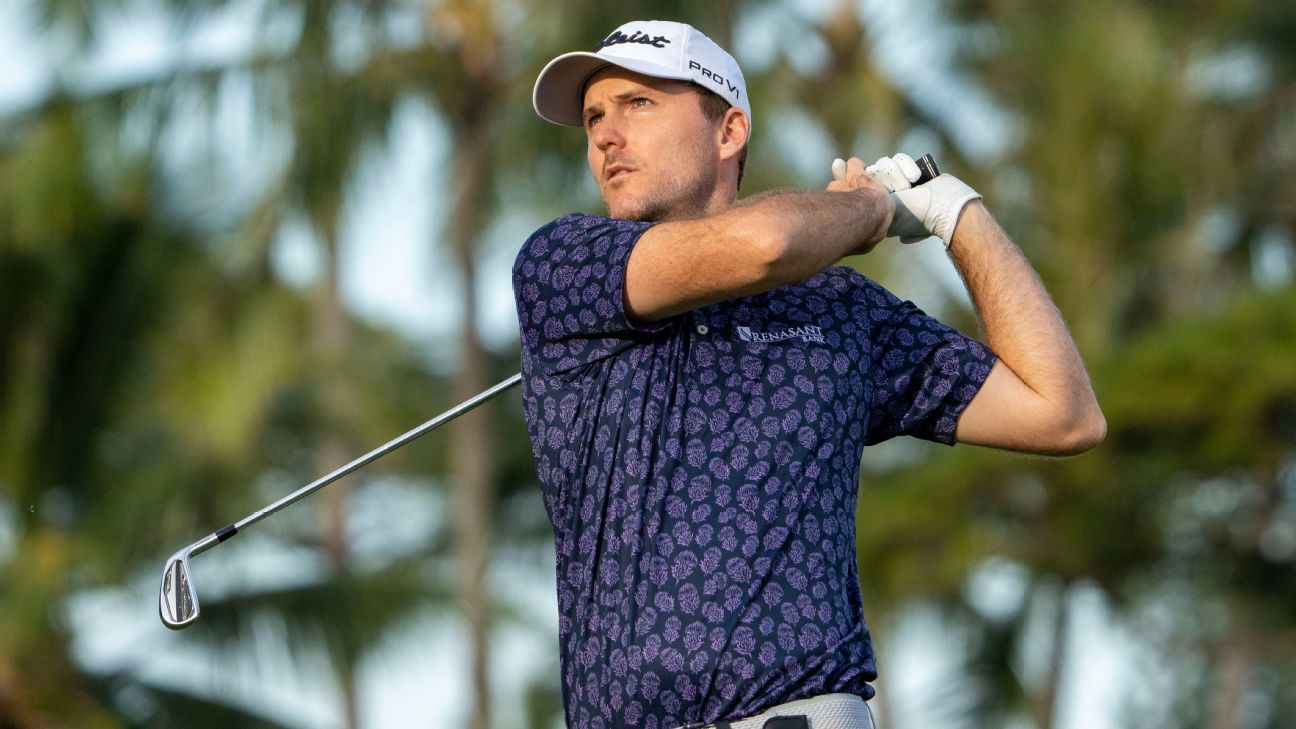 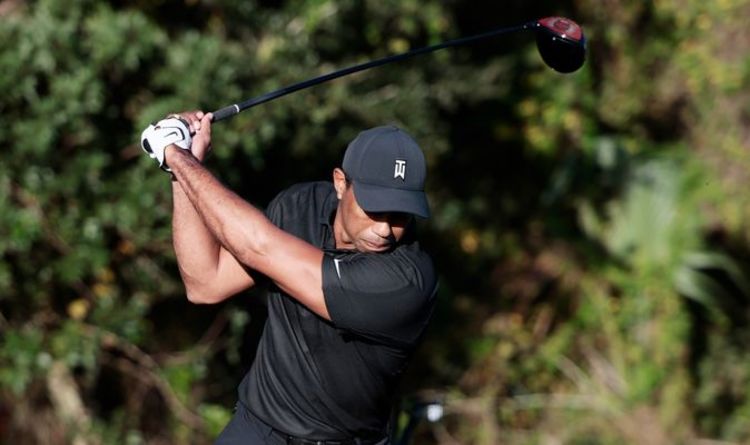 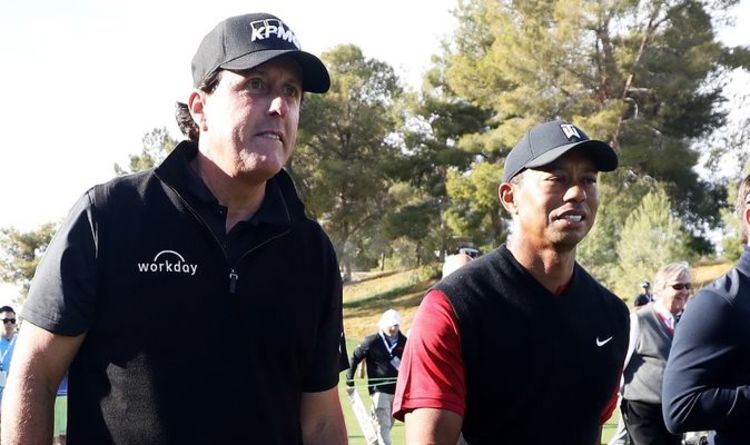