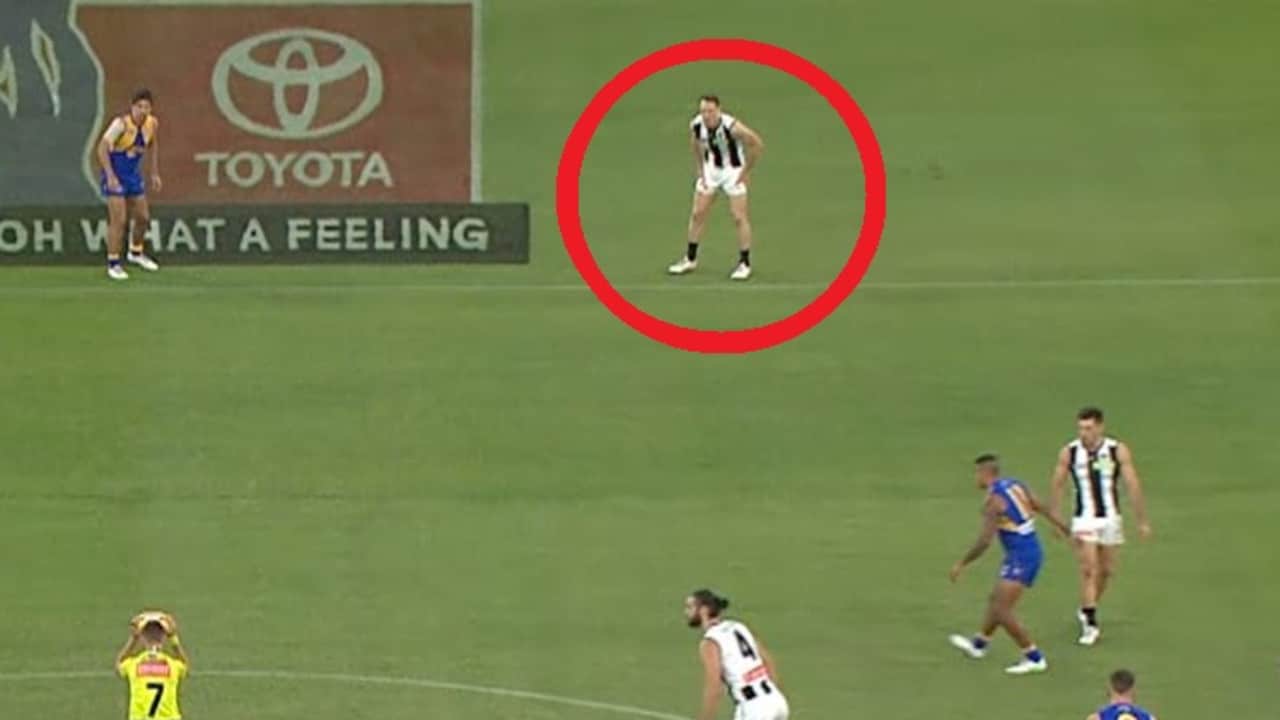 AFL legend Garry Lyon “feels sorry” for Collingwood fans as the extent of the club’s troubles were laid bare during a 27-point loss to West Coast on the weekend.

The Pies are reeling from a disastrous trade period in the off-season that saw them lose Adam Treloar, Jaidyn Stephenson and Tom Phillips and they’re feeling the effects in 2021, slumping to 1-4.

Coach Nathan Buckley is under pressure as speculation mounts over whether he’ll have his contract extended at the end of the season, while former president Eddie McGuire defended his beloved club’s actions times in a fiery TV debate last week.

But Lyon says the way Collingwood lined up against the Eagles on Saturday night proves how badly they’ve been burned by poor list management decisions.

West Coast star Andrew Gaff sat himself on the wing ahead of the opening bounce, where he was shadowed by Collingwood’s Jack Madgen. Gaff has played more than 200 games, is a two-time All-Australian and club best-and-fairest winner, whereas Madgen has played fewer than 30 AFL games and was a basketball player until Collingwood poached him in 2017.

That gulf in class epitomised just where the Magpies have gone so wrong.

“We’re five games into the season, there were a couple of things on the weekend that just took me back to the whole Treloar situation,” Lyon told Fox Footy’s On the Couch on Monday night.

“I feel sorry for Collingwood supporters. They’re sitting there going, ‘We pay our money, we become members of the club and we then trust list management, recruiters and people who look after the dollars to put together our best list’. And they’ve failed them really dismally — it’s one of the great mismanagements of all time.

Andrew Gaff (top left) would have been expected to run all over Jack Madgen.Source:FOX SPORTS

“To see on the weekend, Collingwood come out and play the West Coast Eagles over there, on a fast deck, and you go, ‘Gee, I hope we’ve got some leg speed’, and the ball was about to be bounced … on the one hand, Adam Treloar’s running around for the Western Bulldogs doing exactly what they need, and this is what I saw.

“(Chris) Mayne on the near side, and Jack Madgen on the outside on Andrew Gaff, on a fast deck, over there and I’m thinking Collingwood supporters (are) looking at this going, ‘What happened? How can we get to this situation?’

“I don’t care who you believe (with Treloar), whether it was relationship-driven, whether they were worried about his capacity to cope with his partner going, which I thought was pretty ordinary. Look, it probably was salary cap. It doesn’t matter.

“Look at that. Jack Madgen, God love you. On a wing. On Andrew Gaff.”

There was only one winner in that duel. Gaff dominated on Friday night, racking up 38 touches and 12 contested possessions while Madgen finished with 19 disposals at 57.9 per cent efficiency, per foxsports.com.au.

Collingwood is already under the microscope for a bizarre moment during the Eagles match when Jordan De Goey and Jeremy Howe were seen accessing their phones in the changeroom after being ruled out of the remainder of the match with injury.

The Pies play Essendon in an Anzac Day blockbuster on Sunday. 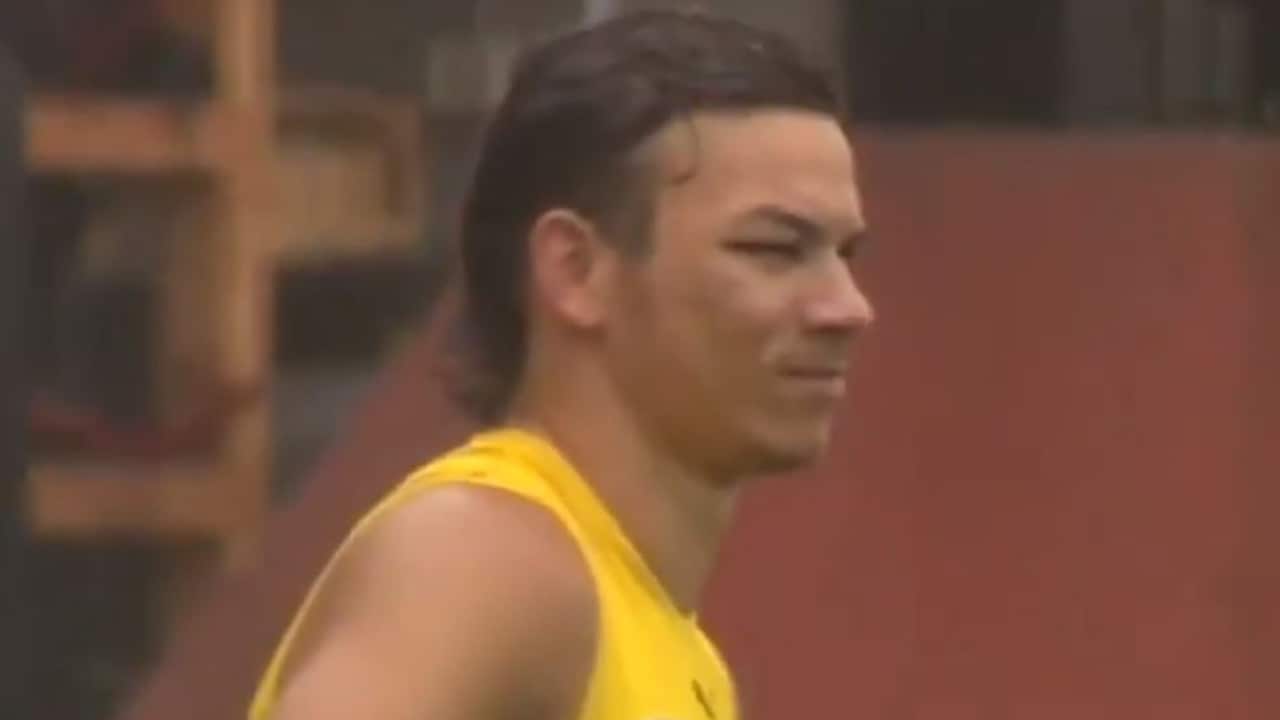 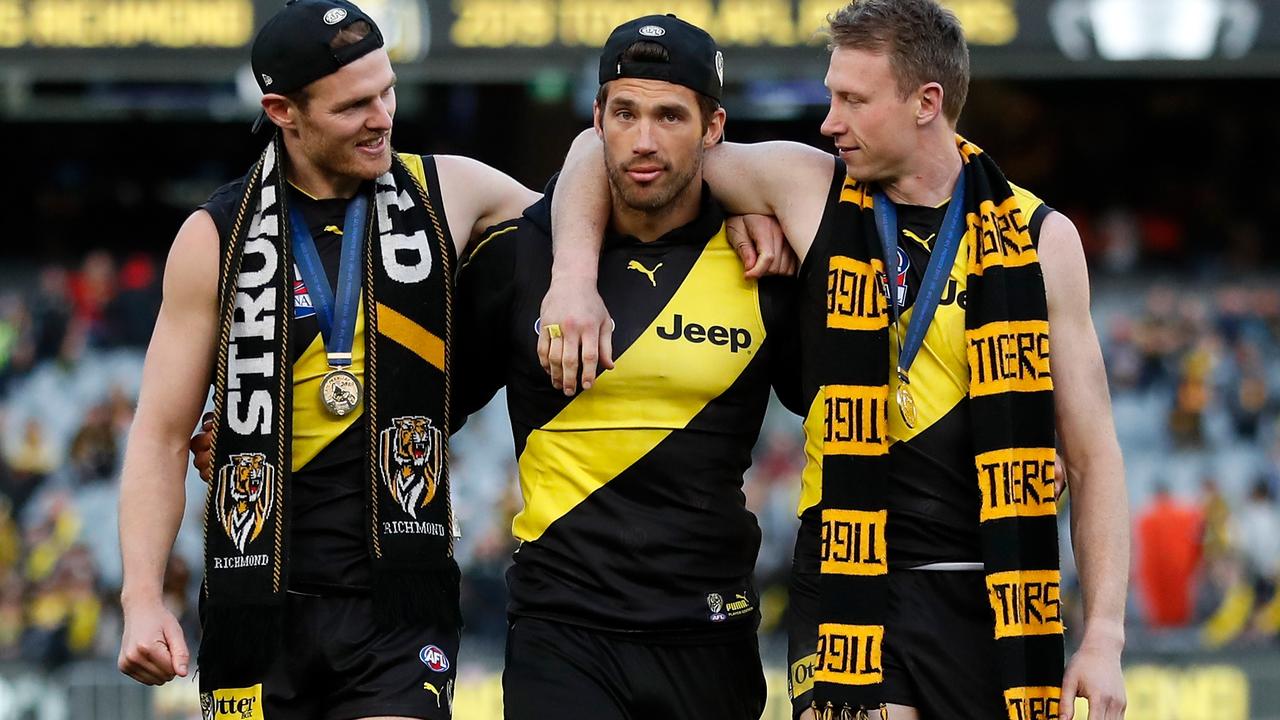