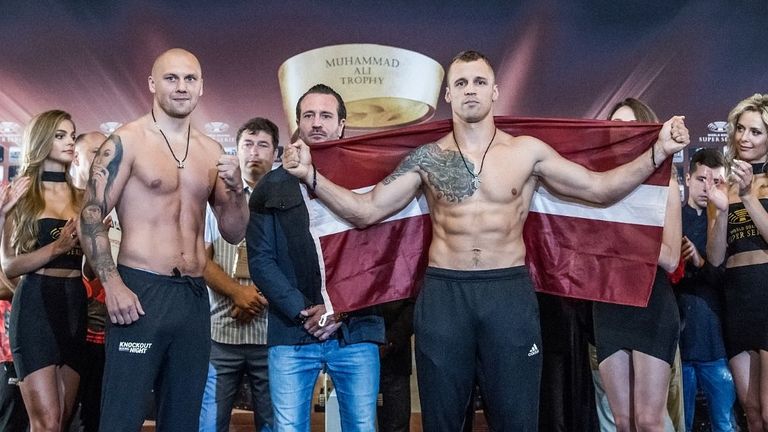 All four cruiserweights comfortably made the 200lb limit ahead of the World Boxing Super Series on Saturday.

A large crowd turned out to watch the weigh-in ahead of the semi-finals at the Arena Riga, Latvia, live on Sky Sports Arena.

Mairis Briedis, who will enjoy home advantage, weighed 198.1lbs ahead of his clash with Krzysztof Glowacki, who was slightly lighter at 197.5lbs.

“Everyone in this tournament is in great shape and tomorrow we will see great boxing. I am thankful for everyone who showed up today.” 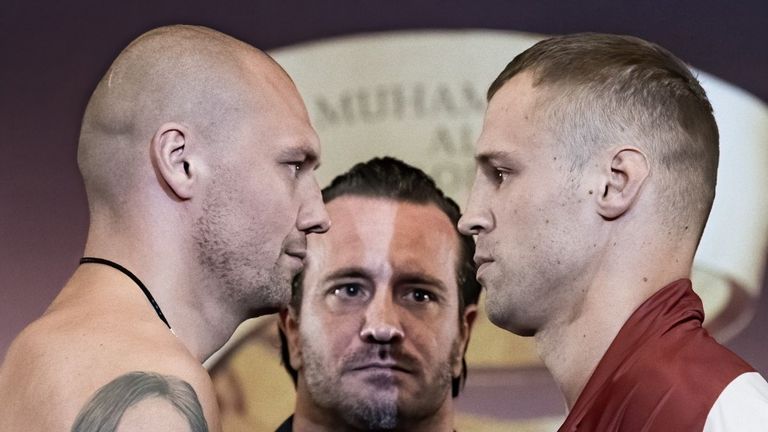 Glowacki (31-1, 19 KOs) will put his WBO world title on the line against last year’s beaten semi-finalist, while the vacant WBC belt will also be up for grabs.

“I feel perfect,” said Polish southpaw Glowacki. “I hope the fight will be exciting, that’s what the fans expect. It is no issue to fight here and I know there will be a lot of Polish fans.”

Yunier Dorticos and Andrew Tabiti both tipped the scales at 199.3lbs ahead of their showdown which will also be for the interim IBF title.

“Saturday he will fight the best he ever fought,” said heavy-handed Cuban Dorticos (23-1, 21 KOs), who suffered his sole defeat in the pro ranks in last year’s semi-finals when he was stopped in the 12th round by Murat Gassiev.

“The ‘KO Doctor’ is going to win, I will take care of business and take him out. I am the No 1 cruiserweight.” 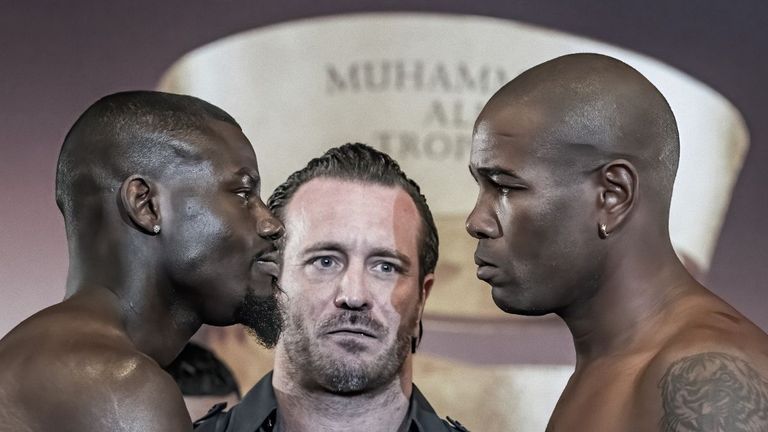 Tabiti (17-0, 13 KOs) is ranked the outsider of the tournament but the American’s undefeated career has been guided by Floyd Mayweather Sr and the “Beast” has been tipped by many to cause an upset.