Tyson Fury said it soon after his first clash with Deontay Wilder… “you’re going to have to nail me to the canvas to beat me.” It’s hard to go that far, but after what happened in the 12th round, you can’t help but subscribe to that theory.

Fury had spent almost three years out of the ring and was coming off two public sparring sessions against Sefer Seferi and Francesco Pianeta before the Wilder fight came bowling around.

And the Gypsy King impressed. He boxed, ducked and weaved, and despite lacking that killer instinct, should have been awarded the decision.

Wilder’s two knockdowns, one in the ninth and that monstrous one in the 12th, however, held a lot of pertinence on the three judges’ cards at ringside. 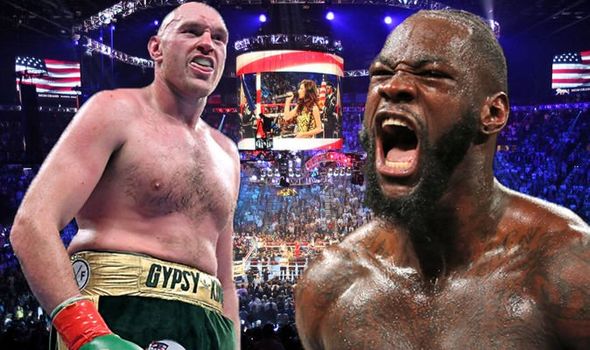 Ultimately, it was English judge Phil Edwards 113-113 scorecard which made the difference.

Had Fury stayed on his feet in the final stanza, he’d have been anointed the new heavyweight champion of the world via split decision.

But a draw was announced and here we are 14 months later. Wilder iced both Dominic Breazeale and Luis Ortiz while Fury smashed Tom Schwarz and struggled past Swede Otto Wallin, who opened a nasty, deep, 47-stitch gash over the Mancunian’s right eye in their September bout.

After Wilder and Fury’s first fight in Los Angeles, it was hard to argue that Wilder would win a rematch, especially an immediate one. But the odds are pretty much even after the time that has passed.

Deontay Wilder reveals he considered shooting himself as a teenager

Wilder has looked emphatic in his victories over Breazeale and Ortiz, despite showing his usual lack of textbook boxing skills in the ring.

While the Bronze Bomber lost every round to Ortiz en route to a 7th-round KO victory, it could also be argued that Wilder just waited for his moment like the alligator, native to his home state of Alabama. Boom. Just like that.

Wilder’s two knockdowns against Fury came in the final four rounds. He began to figure out Fury’s movement, his feints and whatever else made him elusive for the previous eight.

It’s known to most, now, that Fury would use Wilder’s decoy jab as a sign that the large, looming right hand was on its way soon after. So he would duck before Wilder’s fist had passed his own head. 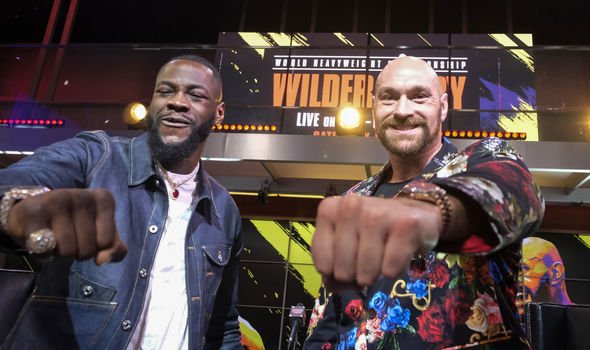 After doing that over and over, the movement became apparent to Wilder, who ultimately caught Fury with the right hand in the 12th after the Brit had ducked, before unleashing a brutal left hook to send him crashing to the canvas.

Fury will have to find a different way to move in the rematch. Ducking under won’t do. He’ll have to utilise his head movement more than ever, side to side as well as under.

Fury will know that, however. He’s boxed his whole life and like proven against Wallin and in his American debut against Steve Cunningham years ago, Fury seems to fight down to the level of his opponent.

Fury didn’t think much of Wilder the first time, but he’ll know the dangers this time. That’s why his vow to knock Wilder out shouldn’t be taken as seriously as it is.

He hired new trainer SugarHill Steward in place of Ben Davison last year, with a view to try and finish Wilder before he can be finished himself. That doesn’t necessarily mean a gung-ho, quick out the blocks approach.

But like in the first bout, Fury made Wilder miss a lot. This time, instead of moving away after making his opponent taste air, he’ll look to capitalise with huge counters, aided by the fact that Fury’s apparently gained 15lbs for the sequel.

Wilder, on the other hand, will need to put his punches together in eye-catching sequences. Going straight for the knockout with every punch won’t work with Fury, he’s too accomplished and skilled in the ring.

It’s also hard to argue that Wilder should just use the same approach he did against Ortiz in November. Waiting and biding his time will only allow Fury to get into the rhythm and pace he’ll be looking to set almost immediately. 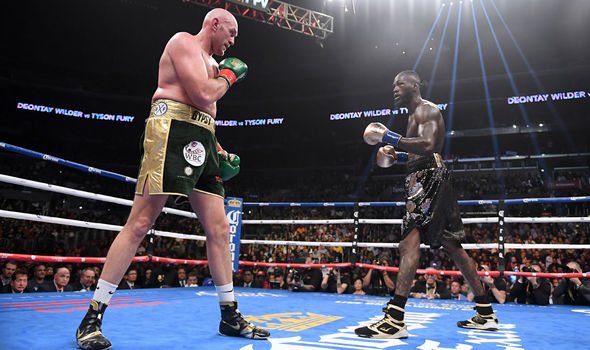 It’s an incredibly close fight, one with odds so close that a prediction either way could make you look incredibly silly… it’s probably better to stay away from guessing the outcome of a fight like this.

Pick Wilder and a Fury win will make you think ‘of course it would be Fury, look what he did in the first fight!’.

But predicting Fury could backfire just as hard. Just look at the 2019 Wilder had in comparison to Fury, who also had to deal with various external distractions – music singles with Robbie Williams, the release of his book and a lucrative stint with the WWE.

Having said all of that, and following multiple mind changes – a prediction is in. 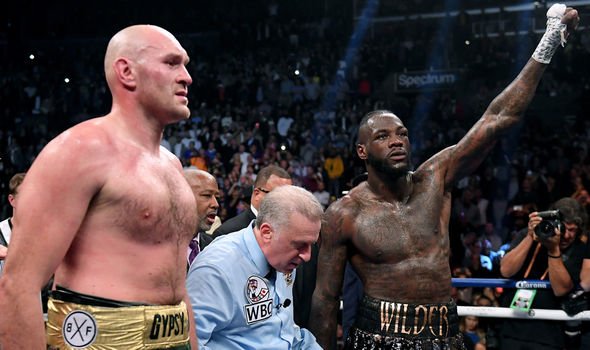 Fury will know what just what he has to do this time. He’s a natural in the ring, he’s the bigger man, so look for him to use his strength up close and in the clinch. Wilder’s looking for that one moment, and while it may come, Fury’s an incredibly resilient and smart fighter.

Another knockdown, for either man, wouldn’t surprise – you better believe both have the power to do damage. But Fury will be the man standing on top of the heavyweight landscape come the end of the night with the WBC world title and vacant Ring Magazine belt wrapped firmly around his waist.

JEFF POWELL: Coronavirus crisis will not do much damage to boxing