Tyson Fury says he isn’t interested in boxing right now because of the coronavirus pandemic. Fury was due to face Deontay Wilder in a trilogy rematch this summer but it has been put back until October time.

Fury hasn’t fought since his win over Wilder in February, when he picked up the WBC world title in Las Vegas.

There have been reports that Fury could skip his contractual rematch with Wilder by going into an undisputed clash with Joshua.

But, despite ongoing speculation over talks happening behind the scenes, Fury isn’t looking at it that way just yet.

JUST IN: Mike Tyson would knock out ‘any heavyweight’ including Joshua, Fury 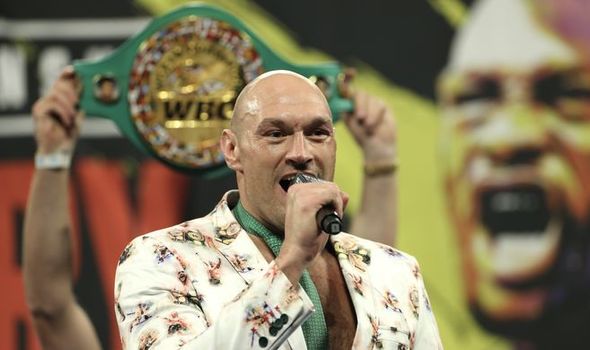 “Because the most important thing is staying alive.

“There’ve been a lot of pandemics like this throughout history that have killed a lot of people.

“So when the world gets back right, again, then we’ll talk about entertaining the customers and the fans.”

Reports have suggested that a bid from Saudi Arabia may come in in regards to a potential Joshua vs Fury fight.

But Fury deems the chatter irrelevant for now, because boxing won’t get up and running again until either June or July. 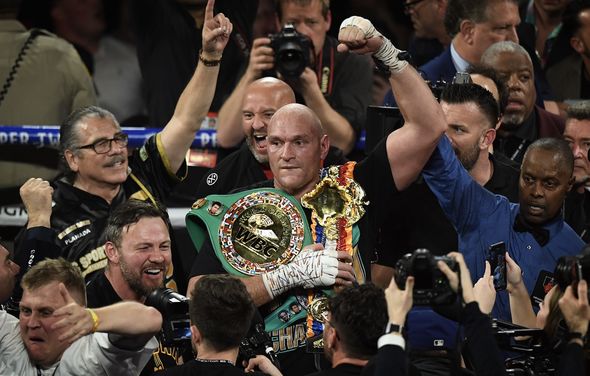 “None of these fights are really relevant at the moment, are they?” he said.

“Nothing’s going on. So to talk about boxing, or dream fights, you might as well fight fighters from the past because none of it is real, anyways.”

Fury, however, also spoke of the positives the lockdown has had on his family at home.

“As a family, this has been good for us. We can take positives out of any negative situation because you get to spend a lot of time with each other,” he added.

“More time than I would’ve been able to if the lockdown hadn’t been on.

“We’ve done a lot of training workouts together and stuff. It’s grown the family closer.”