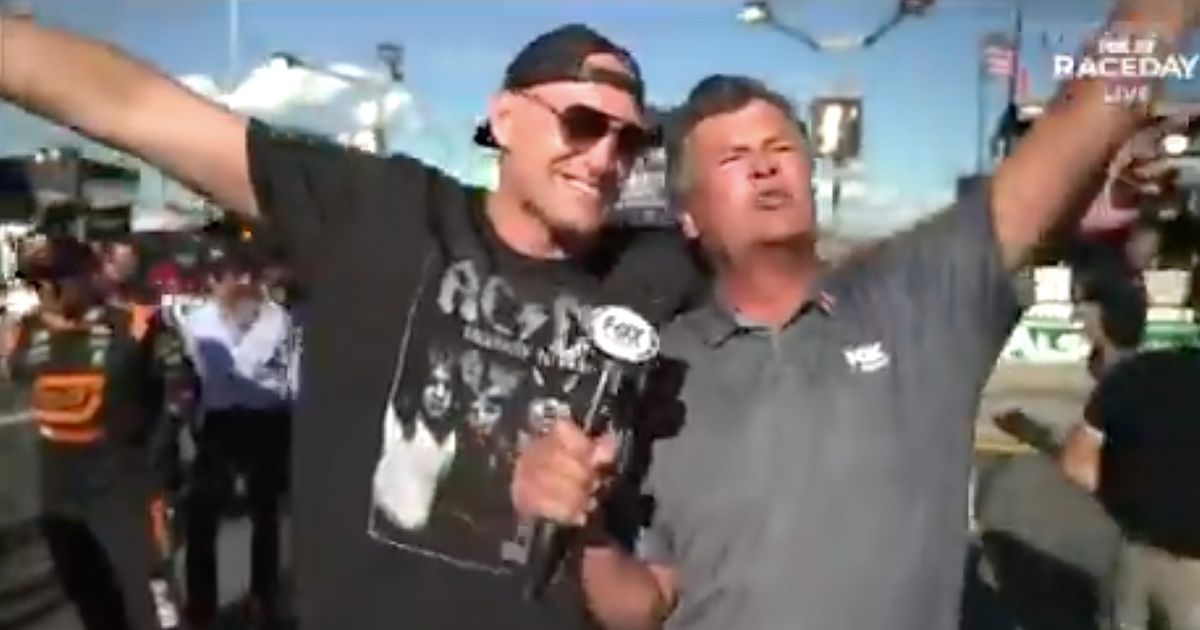 Tyson Fury, alongside a Fox journalist, belted out a chorus of 'American Pie' while attending NASCAR and being interviewed on live American TV.

Despite being kitted out in an AC/DC 'Highway to Hell' shirt, it was Don McLean's timeless hit that 'The Gypsy King' opted for when asked to sing his 'way home'.

And it's not the first time Fury has emptied his lungs to the tune of American Pie; after he beat Deontay Wilder by TKO, The Gypsy King pandered to the Las Vegas crowd with a two-minute rendition of the hit.

Now back in America to complete his trilogy with Wilder, Fury is up to his old tricks.

"Well we're out of here, let's send it back to Chris Marsh; let's sing our way home," the journalist prompted the WBC Heavyweight champion.

"Let's do it!" an excited Fury responded.

And Don McLean isn't the only artist in Fury's repertoire; in 2015, after defeating Wladimir Klitschko in Germany, Fury serenaded his wife – Paris Fury – with a rendition of Aerosmith's classic 'I Don’t Want to Miss a Thing'.

He repeated his performance of the rock classic after his victory against Tom Schwarz in 2019.

Fury is currently stateside as he prepares for his mandatory WBC Heavyweight title clash with Wilder, which is going ahead after a ruling from an arbitration court.

But, he is keen to enjoy his time in America with trips to NASCAR and private jet shopping before their third encounter.

READ MORE: Jake Paul to fight UFC star and "toughest opponent yet" in next boxing bout