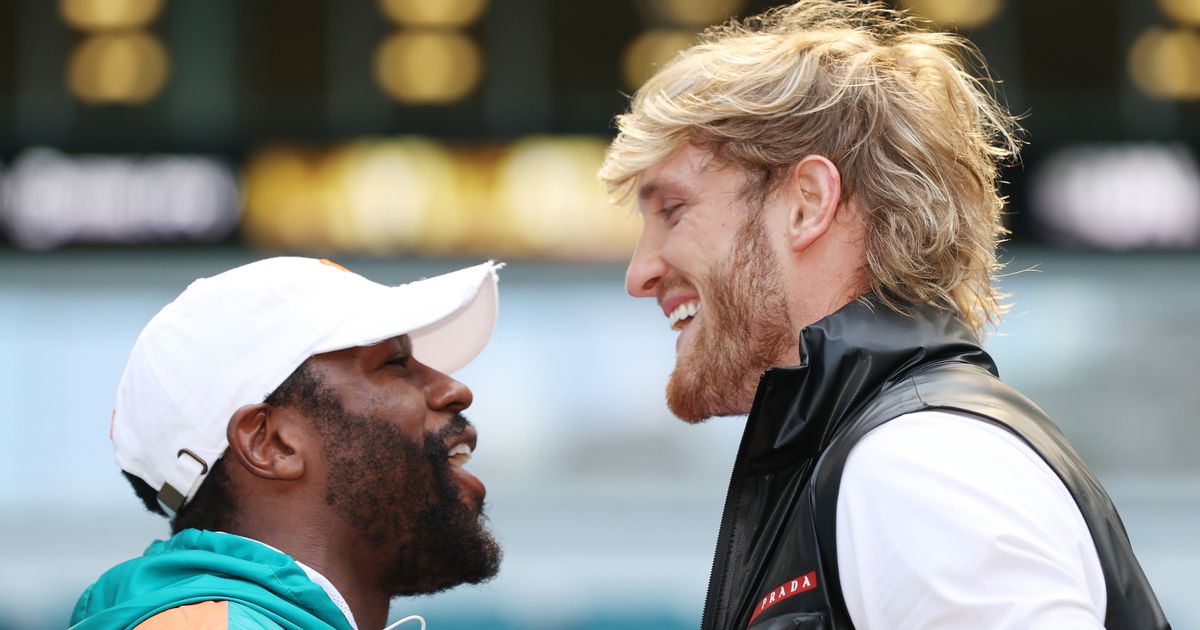 Logan Paul has admitted he still does not know what the official rules are for his upcoming exhibition bout with Floyd Mayweather, just days before the fight is due to take place.

Paul is 0-1 as a professional boxer, losing his only previous bout to fellow YouTuber KSI by split decision back in 2019.

Mayweather, meanwhile, is widely considered one of the greatest boxers in the history of the sport, having gone 50-0 across his professional career.

However, the pair are facing off on pay-per-view on June 6 and Paul has revealed he is unsure about the size of the gloves, the length of the rounds and the amount of rounds.

In an appearance on the True Geordie Podcast, Paul was asked the rules for the fight are and he replied: "I don't know how this is possible but I do not know.

Paul also spoke about his preparation for the bout, adding: "We’ve got a group of pros [to spar with].

"Some guys are brawlers, some guys are boxers. We try to get guys who can emulate Floyd, or at least keep the pace for small guys.

"Honestly every look we can, we get: pros, solid, solid boxers. I sparred a couple of times, [WBA light-heavyweight champion] Jean Pascal, who is on the undercard actually. It’s great work, tough guy.

"He was already here in Puerto Rico training, happened to be in the same gym and we got a couple of sessions in."

Carl Froch has warned Mayweather that he could "end up making a mockery of his whole career" by losing to Paul, saying: "Mayweather should be far too good for him.

"But it's exciting and it's got your interest, because Logan Paul is so big, Mayweather has been retired for so long, and you do think, 'Oh what if Mayweather ruins his whole legacy by losing to a YouTuber?'

"That's the appeal. That's going to make you watch it.

"Mayweather could end up making a mockery of his whole career. If he gets caught and gets put down, it will be embarrassing. If he loses, he might as well get a one-way ticket to Australia."

READ MORE: Floyd Mayweather says Jake Paul will be in a "neck brace" if he keeps "f***ing with me"