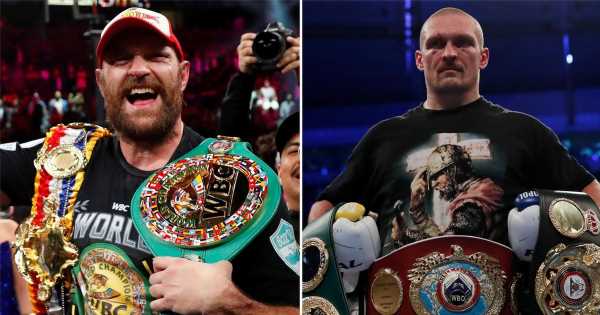 John Fury says Tyson is targeting Usyk after knocking out Deontay Wilder in 11 rounds because he wants back his old WBA, IBF and WBO belts to become undisputed champion.

Usyk must first win his rematch with former champ Anthony Joshua and John feels the Ukrainian is wary of taking on the unbeaten Gypsy King.

“Usyk is more scared of Tyson than you will ever know because he knows how good he is,” he told Mirror Sport .

“It’s all about what AJ does next, does he go straight into the rematch with Usyk?

“Tyson doesn’t care who’s next and he’ll fight anyone. He fears no man because he knows he has the beating of them all.

“He’s said he’d love to fight again this year against Dillian Whyte or whoever is out there.

“He’s going to go after those other belts and Usyk.

“He had those three belts before he had to give them up because of his problems. He never lost them in the ring and he regards them as his.

“He wants them back and he will fight Usyk or Joshua, whoever he needs to get them.”

Will Fury face Whyte next? Let us know your verdict in the c omments section below.

Tyson could have a huge homecoming fight at Old Trafford next and John says he has won over the British public because of the battles he has won in and outside the ring.

The public shunned Tyson when he beat Wladimir Klitschko in 2015 to become world champion for the first time because of his sexist and homophobic comments.

John says people now admire him because of his unassuming personality and openness over his mental health problems.

“Being British means the world to him and he is proud to fight for his country,” he said.

“He should be proud because a few years ago, he had bad advice, he was in dark places, said all the wrong things, but you know what, the British public are warming towards the real Tyson Fury.

“They’re seeing the nice, warm, good-natured father, son, cousin and brother that he is.”

Tyson’s co-promoter Frank Warren believes he will fight Usyk because Joshua will lose the rematch and says the Traveller is one of Britain’s greatest sporting figures.

“I would love that fight between him and Joshua to happen, but Joshua’s never going to beat Usyk in my opinion,” he said.

“Tyson is the man to beat. Who out there can beat him?

“He’s one of the most amazing sportsmen that Britain has ever seen and probably in the world.

“When you think where he’s come from and all the problems, suicidal thoughts and everything, the ups and the downs, getting off the floor and coming back. He’s got this inner resolve, he’s a true man.

“He went to Germany and beat Klitschko in his own backyard, comprehensively outboxed the best fighter of his era. He’s now been to the States three times and for me he’s the best heavyweight of his era.

“He’s up there with the Alis and the Foremans, all these guys.” 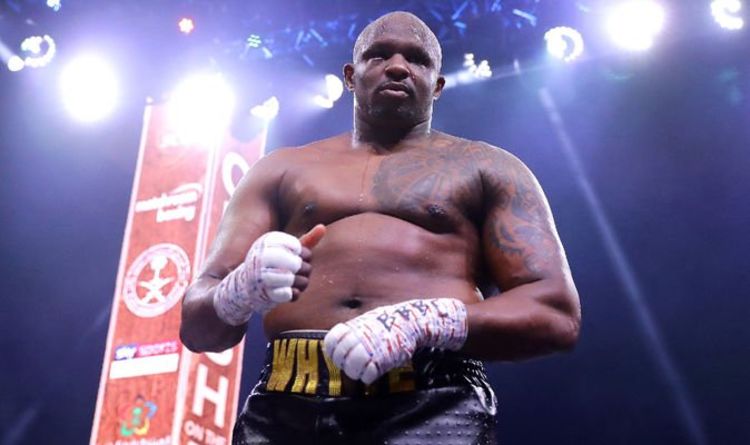