Mike Tyson is aiming to knock out Roy Jones Jr on Saturday night, despite the rules of the exhibition bout prohibiting either fighter sustaining too much harm. That’s the verdict of Iron Mike’s trainer, Rafael Cordeiro.

Tyson will return to the ring aged 54 this Saturday as he takes on Jones Jr at the Staples Center in Los Angeles.

The former heavyweight world champion, once dubbed the ‘baddest man on the planet’, hasn’t fought since 2005.

The American ended his career with three defeats in his final four fights, all three losses coming via stoppage.

But after spending 15 years away from the sport, he is now returning after transforming his diet and training regime to rebuild his impressive physique. 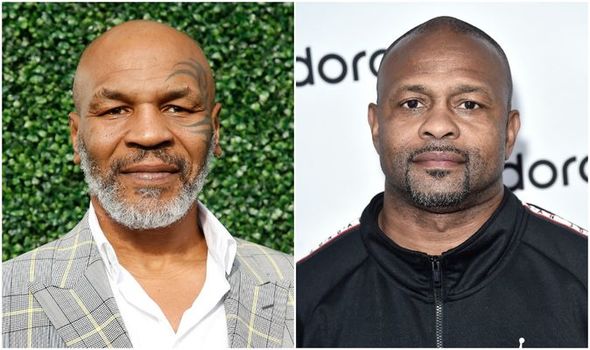 During his heyday, Tyson was known for his incredible punch power, with 44 of his 50 wins coming via knockout.

The American became the youngest heavyweight world champion ever back in 1986 when he beat Trevor Berbrick in the second round to win the WBC heavyweight title.

And his trainer believes Tyson still holds the same knockout power as he once did, and is aiming to stop Jones on Saturday night.

The California State Athletic Commission, which set the rules for Saturday’s exhibition, has ruled that if any fighter suffers a cut on Saturday night then the fight will be stopped, and that certain stipulations are in place to prevent any fighter from suffering serious injury.

But Cordeiro believes the exhibition aspect of the fight will go out of the window once both fighters step into the ring.

He told Sherdog.com: “As soon as there’s an athletic commission, three judges [in this case, former fighters declaring a winner] and one referee it’s not an exhibition fight.

“It’s gonna be a fight and we are training hard for that fight to have a happy ending.

“And when we talk about a happy ending for Tyson there is only one — with his opponent’s body fallen on the ground.” 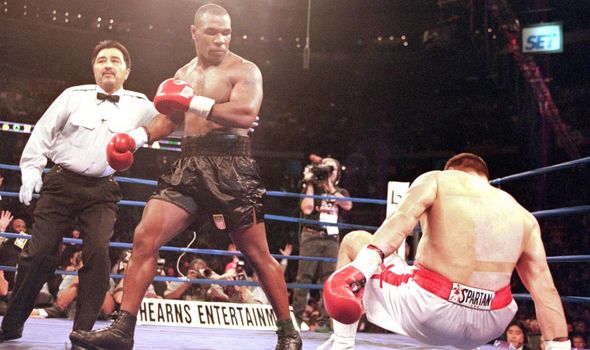 He also revealed that Tyson is planning on having three more fights after this Saturday’s bout.

The trainer explained that the 54-year-old could potentially break any pay-per-view record available if he continued to fight.

“Who knows? He wants to have three more fights — of course the opponents will depend on what is offered,” Cordeiro continued.

“The fact is that no other fighter in any other combat sport attracts the audience’s attention like Tyson. 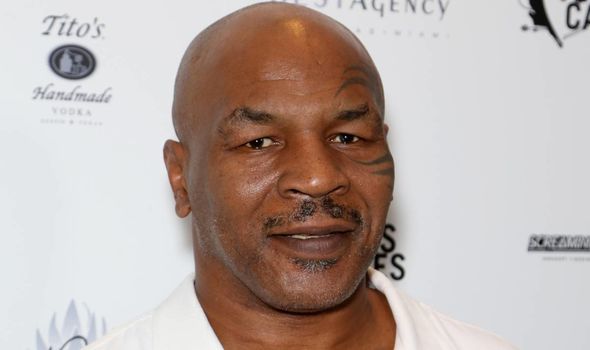 “His [training] video was seen by 2.5 billion people on the internet.

“No matter who is on the other side, Tyson has potential to beat any pay-per-view record.

“Everything depends on what he will decide to do next.”