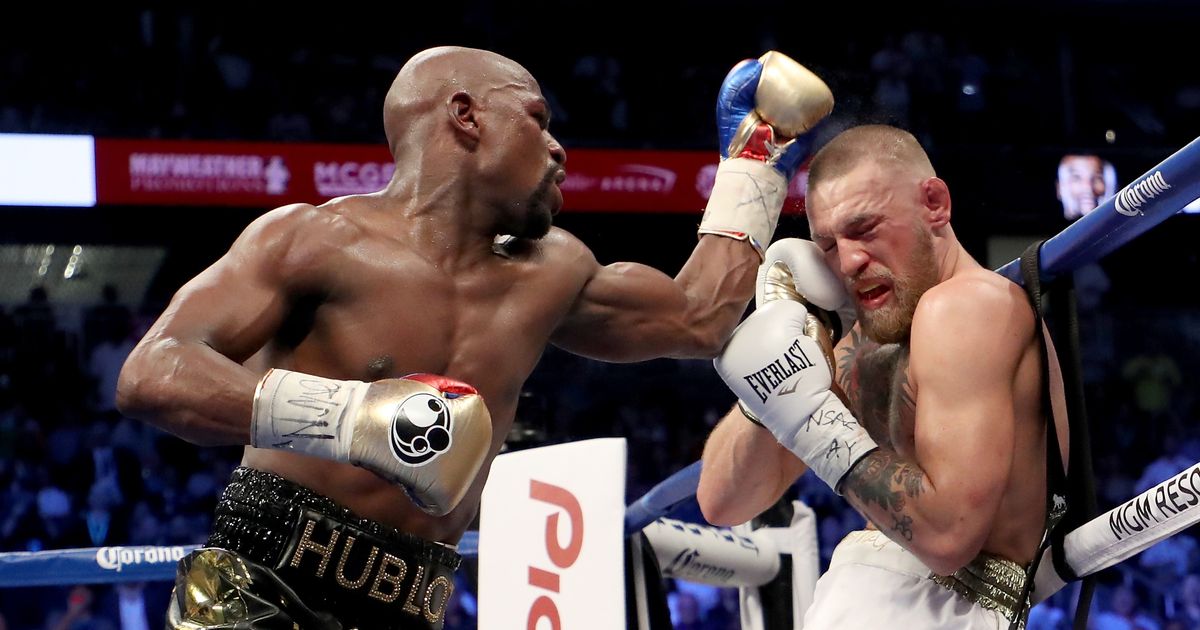 Floyd Mayweather would be willing to offer a rematch to Conor McGregor after his fight with Logan Paul.

The Boxing legend is set to square off against the YouTube sensation in an exhibition match on Sunday at midnight.

The pair attended a red carpet event in Miami on Thursday night as they put in their final preparations ahead of the showdown.

Mayweather, who went 50-0 in his professional career, is clearly confident there won't be an upset as he's already planning his next fight – and it could be against McGregor.

Leonard Ellerbe, CEO of Mayweather Promotions, first revealed that the 44-year-old would be keen on a rematch with the UFC star, before Mayweather later confirmed that it's something he is open to. Mayweather defeated McGregor in 2017 as the Irishman stepped in the ring for the very first time.

Ellerbe was then asked if Mayweather would be up for a rematch with McGregor, to which he responded: "Most definitely. Because that right there is very personal.

Mayweather was then asked to clarify Ellerbe's claim and confirmed it's something that could be arranged in the near future.

Asked if there was any beef between the pair, he added: "The beef is all these guys look up to me, steal my blueprint and then hate on me."

Before that could happen, he has Paul to take care of, who can weigh 190lbs due to his height, while Mayweather will be 30lbs lighter.

But Mayweather isn't concerned about his superior reach. He said: "There is a difference between YouTube boxing and elite boxing – you guys will see the difference.

"I have a trained a little bit, here and there, not every day. But I don't have to.

"The 'so-called' top fighters, like Manny Pacquiao? He has to fight. I don't have to. I do what I want to do. I retired.

"Am I proud of Pacquiao? Absolutely. But he has to fight.

"I made smart investments to put myself in the position where I don't have to fight anymore."