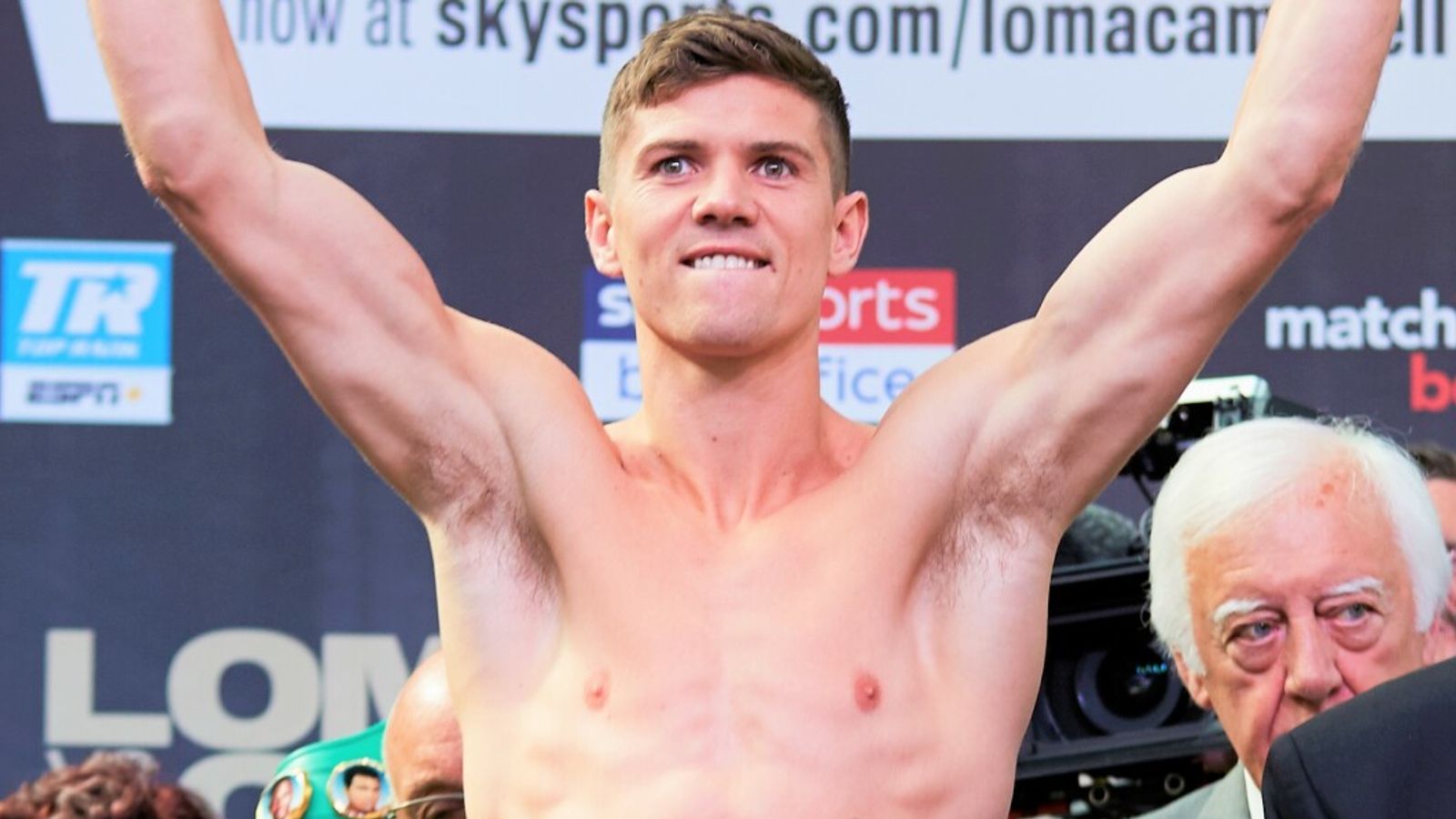 Luke Campbell shared an intense face-off with Ryan Garcia as the lightweight rivals weighed in for this weekend’s WBC interim title fight.

Britain’s two-time world title challenger was bang on the 135lb limit, with Californian Garcia matching the same weight ahead of Saturday’s showdown in Dallas.

Campbell has emerged with credit from points defeats to Jorge Linares and Vasiliy Lomachenko in his two previous world title fights, and victory over Garcia will earn a mandatory fight with WBC champion Devin Haney.

The Hull man, who finally returns to the ring after the Lomachenko defeat last August, told DAZN: “This is the opportunity I’ve been looking for, for a long time now, so I’m excited to be here.

“I believe I’ve had harder preparation. Been sparring world class opponents and I’m performing a lot better than I did in that fight.”

Garcia has been hailed as America’s new boxing star, but insists he is wary of the threat posed by Campbell.

“You see how I look,” he told DAZN. “That just shows you I’ve prepared 100 per cent. I don’t take no man lightly. You see I put in the work and I’m ready to show what I’m made of.”