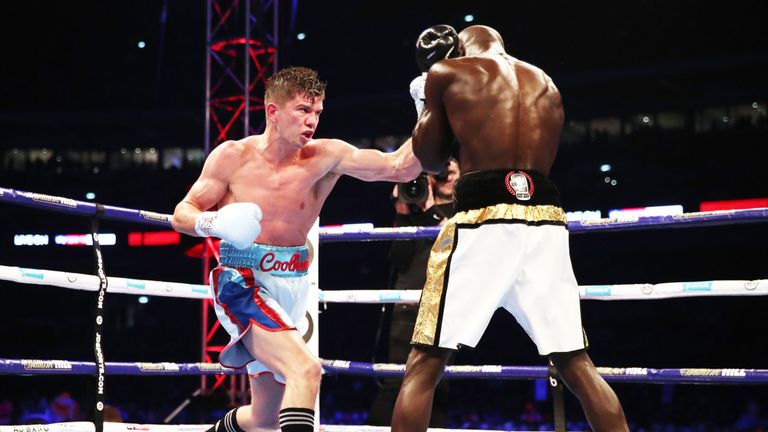 Luke Campbell is keen to show off his talent on the world stage when he shares a ring with Vasyl Lomachenko for the vacant WBC lightweight title.

The 31-year-old WBC mandatory challenger will take on the Ukrainian three-weight great after former belt holder Mikey Garcia was declared ’emeritus’ champion by the governing body following his decision not to make a defence.

Campbell faces his fellow London 2012 Olympic champion aiming to win a world title at the second time of asking after losing a split decision to Jorge Linares in 2017.

Lomachenko, who climbed off the canvas to stop Linares in 10 rounds last May, will attempt to add the WBC strap to his own WBA ‘Super’ and WBO titles after destroying Anthony Crolla in four rounds in his last fight in April.

“It is what it is. I was mandatory for that title and that means I’m there to fight,” Campbell told Sky Sports.