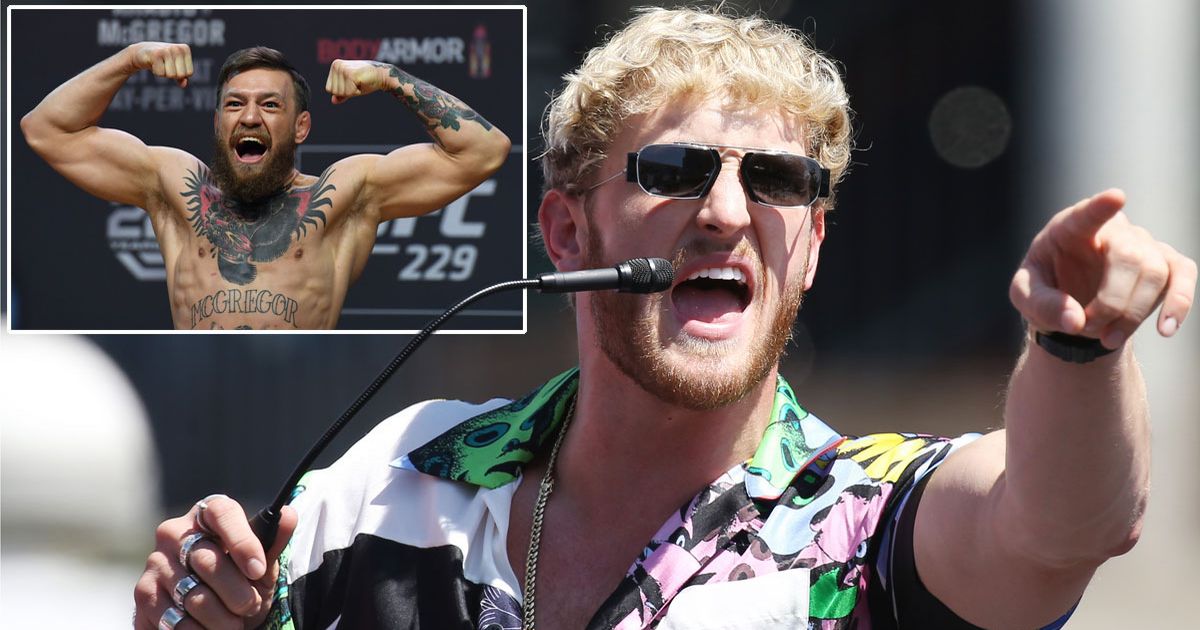 Logan Paul has dismissed Conor McGregor's 2017 performance against Floyd Mayweather, saying that he would defeat the UFC legend if they fought today.

The YouTube star will face Mayweather in an exhibition bout on June 6 in Miami, and believes that he can be the man to finally defeat the American.

Paul's brother Jake has been angling for a big money boxing match with McGregor, but now Logan has thrown his hat into the ring, telling Showtime Sports that he is confident of his chances against the ex-double champ.

"It's Floyd Mayweather – his arsenal is expansive, probably almost unlimited, even, so watch as much tape as you like, I don't know how much you can take away truly.

"I will say I was not impressed by Conor McGregor's performance, I truthfully believe that if you put him in here right now in a sparring session I'd beat him hands down.

"It's the same with Tenshin, he's 120 lbs soaking wet, I'm just not impressed.

"McGregor is an MMA fighter, he's ok, but he gets gassed easy, he just got his ass kicked by Dustin Poirier, like, he's ok.

"Tenshin obviously wasn't equipped to fight Floyd, so I'm going to make this really hard for him, this is what I do, I'm a boxer now for the last three years.

"I'm long, strong, powerful, hungry, it's going to be a tough night for Floyd on June 6… I'm not going to make it ugly, this is going to be the cleanest display of boxing you've ever seen."

Paul is a gigantic underdog against Mayweather, given his 0-1 boxing record and lack of experience relative to the legendary boxer's 50-0 record which includes victories over Canelo Alvarez, Manny Pacquiao and Oscar De La Hoya.

But he is confident that he can shock the world, adding: "There's going to be two phases that Floyd has in this fight.

"First is realisation that he might be in over his head, realisation that the kid he's standing across from isn't a fake fighter, he's not just a YouTuber he's been doing this for some time now.

"Then when he realises that he might have to work a little harder.

than he thought and he's not getting the ins that he wants then he'll hit desparation.

"When I see in his face that Floyd's desperate and he's broke then I'll know I've got him and that's when he's going to lose."

Paul understands that the fight is controversial, but he believes that he and his brother Jake are ultimately good for the sport, telling other pros to 'wake up and smell the coffee'.

"We're here to stay!" He declared.