But Taylor called a clash with Claressa Shields “a fantasy fight” and questioned whether the significant disparity in weight that prevents them meeting inside the ring could ever be solved.

However, despite Taylor’s big plans she has been warned that upcoming challenger Jonas, who she defends her undisputed lightweight title against on Saturday, live on Sky Sports Box Office, has developed a “Marvin Hagler mentality”. 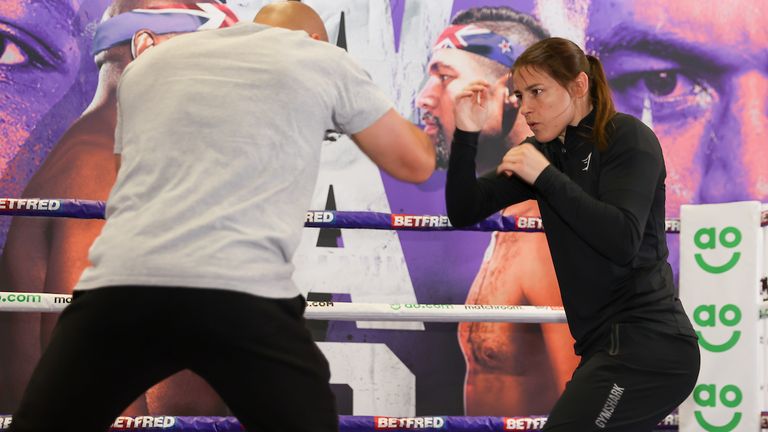 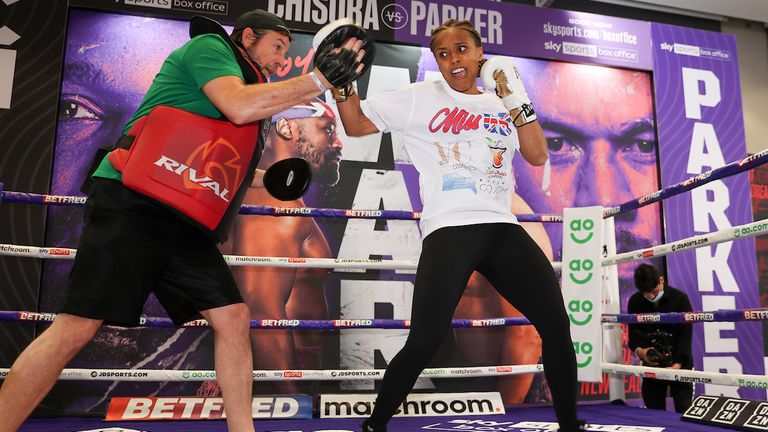 Taylor told Sky Sports about her big-reputation targets: “The most obvious is Amanda Serrano.

“We were scheduled to fight but it fell through. The ball is in her court whether she wants to take the fight or not.

“Amanda is a great fighter, a seven-weight world champion, it’s a fight that people want to see. I’m happy to step in the ring with her at any time.

“The rematch with Jessica McCaskill could be huge as well. Undisputed vs undisputed would be huge. Looking back, I didn’t get the credit that I deserved [for beating her in 2017]. Since then, she’s beaten an unbeaten champion twice in Cecilia Braekhus.

Jonas, who was denied by a draw in her world super-featherweight title challenge against Terri Harper last year, is getting a chance at revenge nine years in the making.

Taylor beat Jonas at the London 2012 Olympics in a ground-breaking fight that broke the decibel level for the loudest atmosphere at the Games.

“She has a strong belief that she can do it,” Jonas’ trainer Joe Gallagher said. “She’s not interested in what anyone else says. The mindset is there.

“Like when she fought Terri Harper, we know what we are doing.

“Taylor? They have fought twice together before so that aura has gone.

“It’s all about timing and Tasha has to bring a single-minded determination.

“Destruct and destroy, as Marvin Hagler would say.”

Taylor said after her workout on Wednesday night: “It doesn’t matter what happened nine years ago. We are both completely different fighters now.

“It will be a different fight on Saturday but an exciting fight, I feel.

“I’m not sure what their game-plan is but I’ll be prepared for whatever comes my way – whether she stands and punches with me or if she boxes on the outside.

“I’m well prepared each way. Both styles suit me. I’ve become a great inside-fighter over the past few years but I’m also a great boxer.

“We bring the best out of each other.” 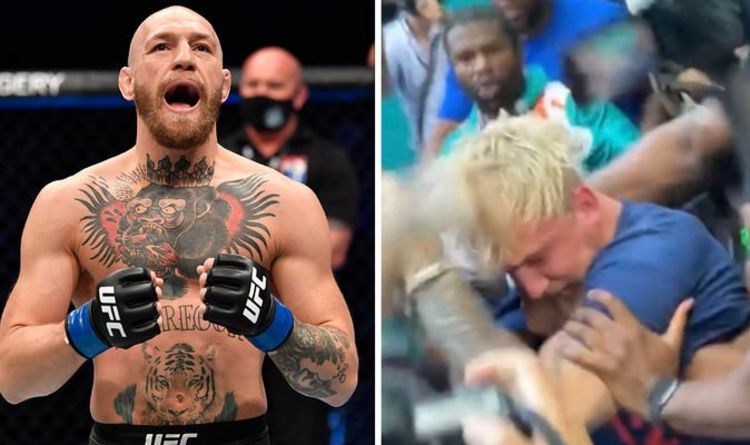