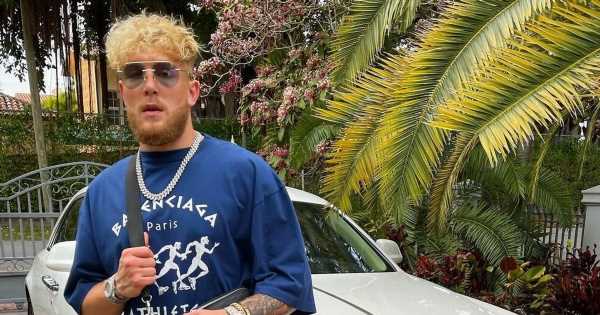 Jake Paul has been named as the third highest-paid boxer on the planet over the past 12 months, with only Canelo Alvarez and Anthony Joshua taking home more than the YouTuber turned fighter.

Paul is making waves in the combat-sports world after swapping YouTube for boxing in recent years, earning his first professional victory over fellow online sensation AnEsonGib in January 2020.

He has since followed that up with explosive knockout victories against former NBA player Nate Robinson and ex-UFC star Ben Askren, wiping out the latter inside two minutes of their highly-billed contest.

And according to figures from sporting finance aggregator Sportico, the American raked in an estimated £14million from those last two bouts, along with endorsements collected outside the ring.

That means he is currently ranked as the third highest-earning boxer over the past year, only coming up short in comparison with mega-stars Canelo and Joshua.

AJ, who recently missed out on a potential £75million deal to face Tyson Fury in an undisputed heavyweight battle this summer, is the second highest earner in the list.

Both men are trailing in the wake of Canelo, who is the only boxer to make it into the top 100 of highest-earning sport stars.

The Mexican has competed three times in the last six months, getting the better of British pair Callum Smith and Billy Joe Saunders while also dispatching of rank underdog Avni Yildrim.

He is said to have earned around £44.5million over the past year, leaving him 12th in the top 100 for all sports.

It is another combat-sports star, Conor McGregor, who sits on top of that list with a reported income of £147million.

Almost 90 per cent of the UFC icon's earnings have come through endorsements, as he has only fought once over the past 12 months against Dustin Poirier at UFC 257.

READ MORE:Mike Tyson tells Jake Paul who he wants YouTuber to fight next in boxing journey