Heather Hardy’s pursuit to close the distance between men and women in sports didn’t begin when she turned professional in 2012. It started as a young child when she had a dream of becoming the first female pitcher for the Yankees. Even though she was the only kid who could throw from third base to first, Hardy got rebuffed just because of her gender.

“My mom used to tell me that I had a small black and white TV that I would hold and watch on the bottom bunk of my bunk bed and watch all 162 games when I was a kid,” Hardy, who faces Shelly Vincent for a world title Saturday on HBO, told Sporting News. “I used to play stick ball and wiffle ball all the time. I love baseball. But little girls weren’t allowed to play little league. We were only allowed to play softball.

“I had to be a baseball fan and watch from the sidelines. I used to dream of running out of the bullpen to ‘Girls Just Want to Have Fun.’ That was my dream.”

After missing out on “America’s Pastime,” Hardy turned to softball in high school and college. She received a college diploma in forensic psychology from John Jay College of Criminal Justice. But seeing Mike Tyson knockouts made Hardy want to pursue a career in the “Sweet Science.”

Once Hardy got into the professional ranks, though, she quickly realized female boxers did not experience the same treatment as their male counterparts. Female bouts were never shown on television. The archaic view had always been that women could sell tickets because they would deliver the best performances, but they couldn’t reel in the casual viewer.

“For years, its been a struggle to get female fights on television,” Hardy said. “The simple math of it is this: Promoters don’t make money off of their fighters unless they fight on TV. So they’ll groom their fighters after 10-15 fights and put them on TV, and they make the money they invested in them. Fighters make a purse and the promoters get a percentage of that. Everyone wins. And for many years, television networks refused to air women’s fights, which gave promoters no reason to females on their fight cards because they would get that return on their investment.

“So, I became a short-term investment for most promoters. I sold tickets. I paid my way on the card. My promoters were happy because the tickets I sold weren’t costing them too much money. All the while I was fighting in the spotlight and on the news crews, I was lobbying for women to get on TV.”

All of the hard work that Hardy put in advocating for female fighters started to slowly pay off right after Claressa Shields won her second consecutive gold medal at the 2016 Summer Olympics. Even though these were small strides, they provided the necessary motivation for Hardy to keep moving forward.

“Ever since Claressa Shields won her second gold medal at the 2016 Olympics and my first fight with Shelly Vincent was on the same exact night on NBC, the shift has come slowly but surely,” Hardy said. “It’s been since my pro debut in 2012. My goal was to get the proper credit and respect that women deserve. I was the first female to fight at the Barclays Center. No one thought that would happen, and females would never be put on big cards and boom, I’m fighting at the Barclays Center. And I was the first female to fight on an Al Haymon’s Premier Boxing Champions show. You never thought that would happen. I was the first female to ever be on NBC Sports even though it was on tape delay.

“I was gaining these small victories even though I wasn’t getting the financial rewards that came with it. But I was able to get these tiny victories. Even though if I took 10 steps back and then took one step forward, I still viewed it as a win, and I got to be the first in a lot of things.”

Finally earning those opportunities was all well and good, but it wasn’t helping to pay the bills or provide for her teenage daughter.

The pay disparity between male and female fighters had grown so wide Hardy decided in 2017 to venture into MMA and sign with Bellator. She had grown tired of seeing male fighters on her cards make in excess of $150,000 to her $7,000 even though they had the same record — and she was the one packing the venues.

Since making the move, Hardy is 2-1 in the promotion and collecting much bigger checks compared to her boxing days. The way the two sports are being marketed is night and day in Hardy’s mind.

“MMA promotes the sport, male and female fighters,” Hardy said. “It’s totally different than boxing, which doesn’t even promote its male fighters let alone both genders. In MMA, the money is spread out more. In MMA, you have fighters that make maybe one or two million dollars per fight and a boxer making $300 million a fight. There’s two percent of boxers who make money and 40 percent of mixed martial artists make money. So the money is spread out a little bit differently.

“Females have been part of shows and cards since Dana White took a chance on Ronda Rousey. We aren’t looking at one female fight per MMA fight card. We are looking at a different mix of ways females are shown. It could be a title fight, main event or a co-main event. There’s a discrepancy. It’s all based on talent.”

As part of Saturday’s boxing card headlined by the vacant IBF middleweight fight between Daniel Jacobs and Sergiy Derevyanchenko  at the Hulu Theater inside Madison Square Garden, Hardy will battle Vincent — but their bout wasn’t originally going to be televised. Many were surprised the fight wouldn’t be shown because Hardy has been a rising force in women’s boxing.

Calls were made to HBO on social media to air the fight. Nothing changed until the day the network announced the move to leave the sport completely . Hardy decided to do something unorthodox in the era of emails and text messaging. She wrote a letter, sending it to the Executive Vice President of HBO Sports Peter Nelson and explaining why the rematch from one of the best fights in 2016 should be seen on his channel.

“I was actually walking towards the A train,” Hardy said. “[Hardy’s promoter Lou DiBella] called me and said, ‘Let me ask you, did you call Peter Nelson?’ I thought I was in trouble. He asked me one more time, ‘Did you call Peter Nelson?’ I told him I may or may not have done that. He said, ‘Congratulations kid, we did it. It came through.’ I just collapsed right there on the stairs. People were walking all around me and I was crying. I couldn’t believe it. My whole career has been for this moment.

Hardy understands that her fight with Vincent now being available to HBO viewers doesn’t change the entire sport overnight. That doesn’t mean she’s going to fold up her tent and call it a day.

“I think I’m too stubborn for that,” Hardy said. “I was born to fight. I saw the small things I was doing that were working. I might take one step forward and two steps back, but I never overlooked my steps forward. I think that’s what it takes ultimately to get where you want to go. I’ve always said you need to prove to God and the powers that be that you earned it and want it bad enough because you really want. That’s how it has been my whole career.

“I was ready to throw in the towel so many times. It’s frustrating, but I just kept at it, and that’s what you got to do to succeed in life.” 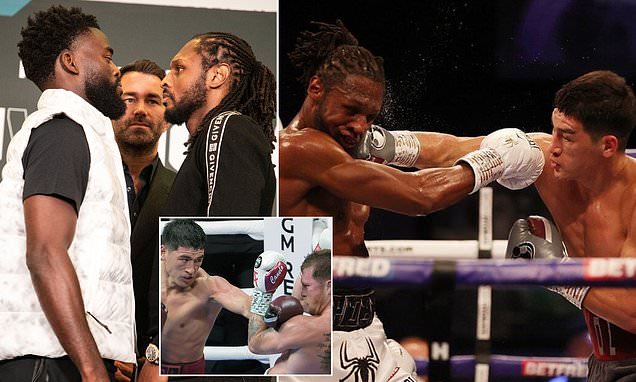