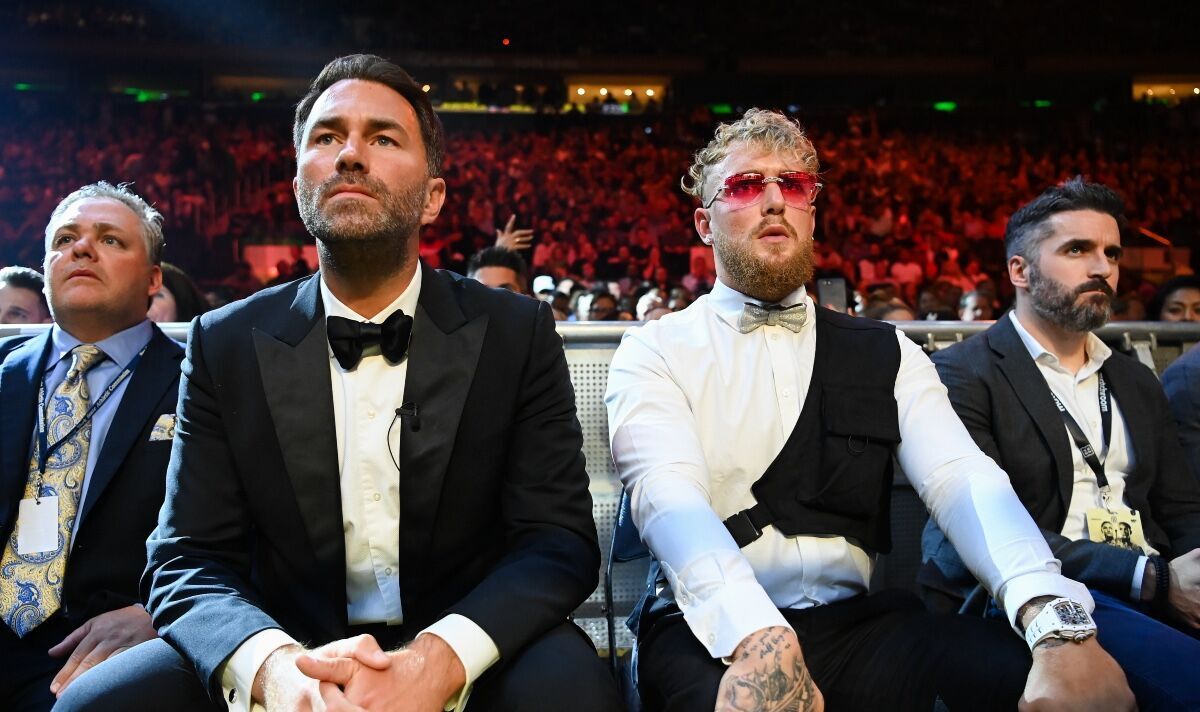 Eddie Hearn has branded the antics of Tyson Fury’s father John “embarrassing” after he ripped his shirt off and called out Jake Paul. John Fury was in Dubai as part of his son Tommy’s team for his fight against late-replacement Rolly Lambert.

YouTuber-turned-prizefighter Paul was in attendance for rival Tommy’s fight at the Coca-Cola Arena and was a special guest commentator for the bout. And after the exhibition on Floyd Mayweather’s undercard, Tommy’s incensed dad John turned to Paul and confronted the 6-0 ‘Problem Child’.

Paul targeted Tommy whilst on commentary, saying: “You f*****g suck. “You are a f*****g amateur still. This is embarrassing. You have no d***!” And manic John Fury had to be held back by security guards after taking his top off and offering the Youtuber to come into the ring for a bare knuckle scrap.

“Come in here! Forget my son! I’m the king of the bare knuckle man!” an enraged Fury shouted at Paul. “I could fight Mike Tyson to the death! Put the mic down and look me in the eye!”

Paul has a long-running feud with Tommy and the pair are looking to arrange a belated battle for a third time after having two scheduled fights called off. And Matchroom promoter Hearn has blasted Fury’s cringeworthy tirade at Paul, that have since gone viral on social media.

“John Fury’s got this thing where he takes his shirt off all the time and doesn’t do anything,” Hearn told Boxing Social. “I wanted him to jump through the ropes. You can’t just take your shirt off and hope someone holds you back. It’s all a bit embarrassing.”

Fury and Paul are in talks to finally settle their dispute in the coming months. But a fight could collapse once again after a deadline was missed for the duo to agree terms. And Tommy’s dad John believes the bout is destined never to take place, rather like the proposed Battle of Britain between his other son Tyson and Anthony Joshua.

“The kid doesn’t want to fight Tommy,” Fury told Mirror Fighting. “I think this is going to be a case of the fight that never happens. It is another Tyson AJ this fight, one man wants to fight the other doesn’t. I don’t think it is about the money, I just think he doesn’t want to lose to Tommy.

“Tommy will knock him out, he had to put his brakes on in that exhibition, the guy [Rolly Lambert] had done us a favour at late notice. Only people know who have been training in camp with Tommy like his sparring partners know how devastating Tommy can hit, he hits very hard.

“Jake Paul, I just think he is terrified of us. They won’t pay Tommy what he is worth, he thinks he is A-side, the Fury’s are the biggest name in boxing. He is a YouTuber, he has made his money from other avenues.” 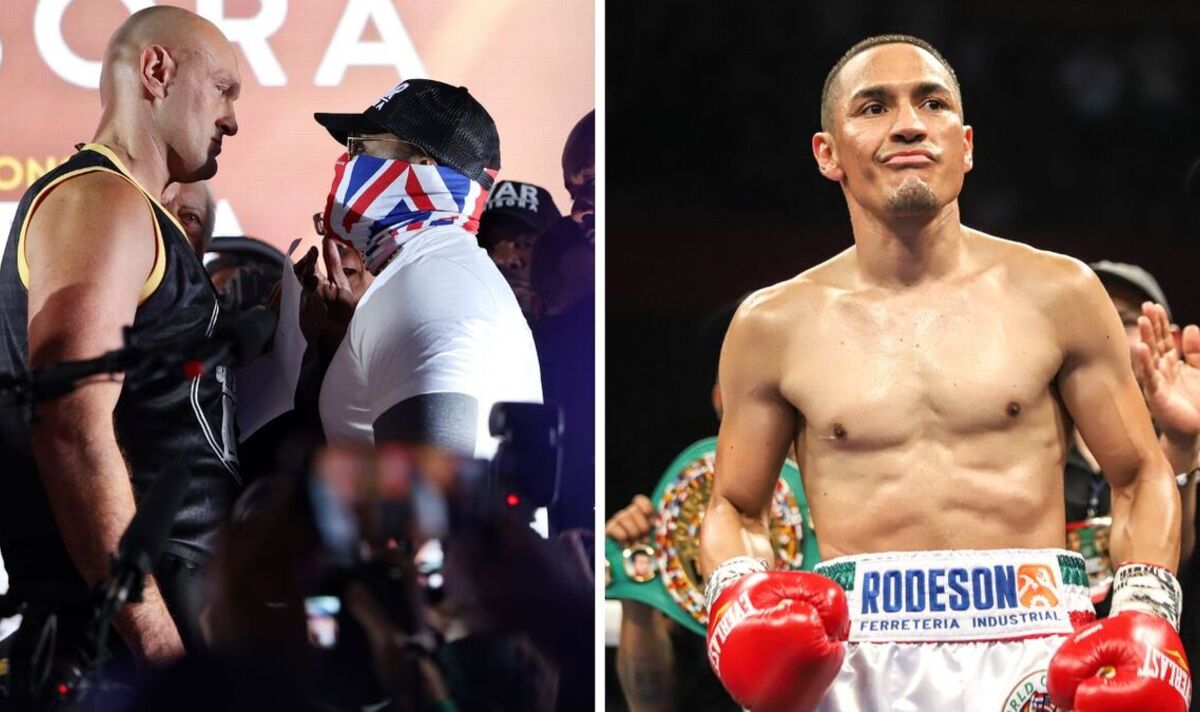 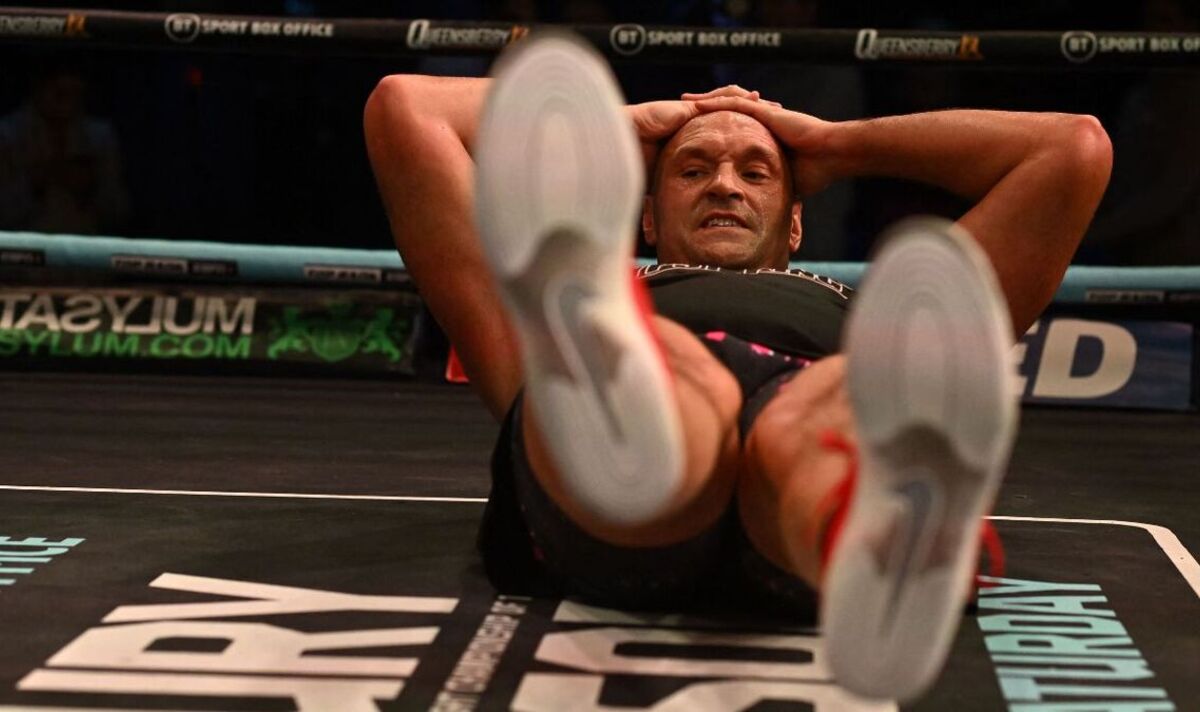 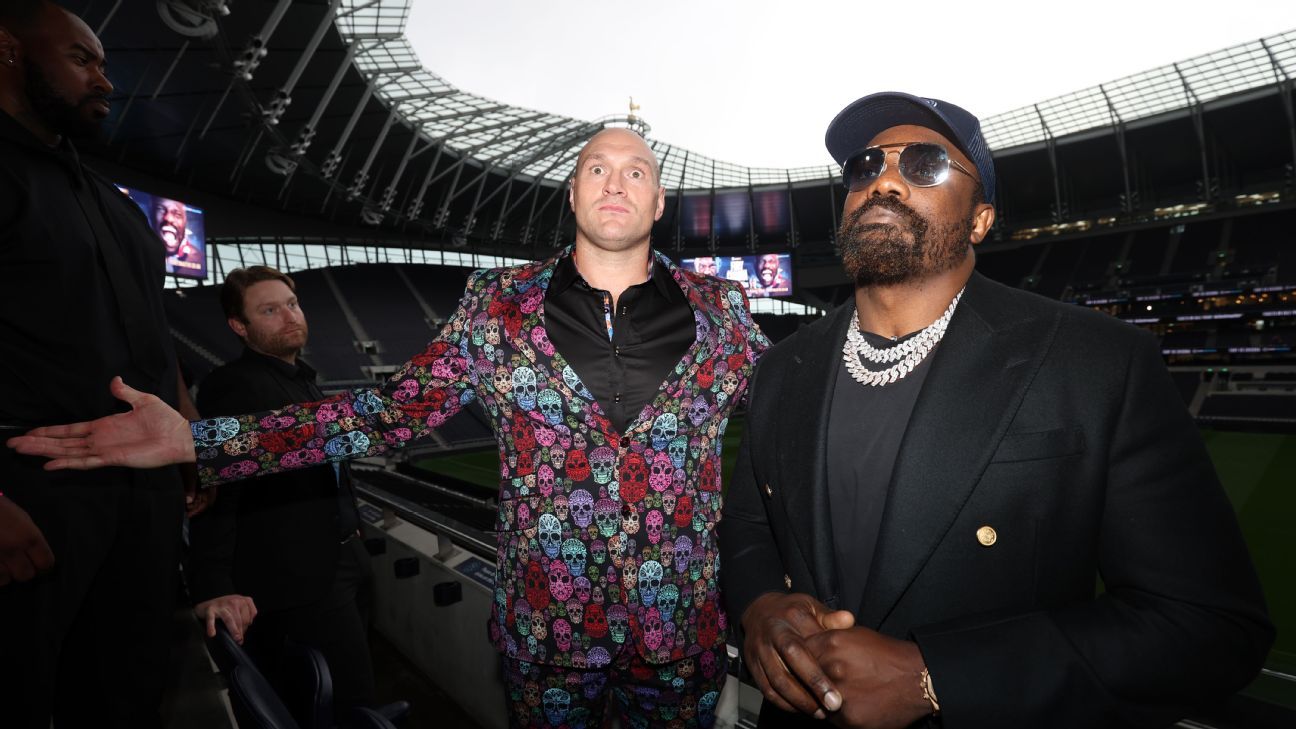