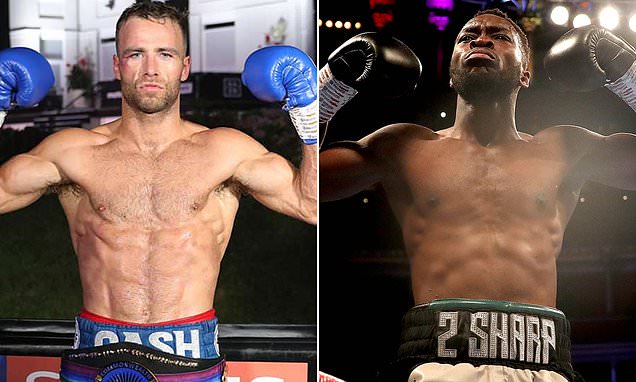 EXCLUSIVE: Felix Clash is targeting future bouts with Chris Eubank Jr and Liam Williams as he looks to cement himself as a top-level middleweight in his British title fight against Denzel Bentley on Saturday

Felix Cash insists the notion of losing hasn’t even crossed his mind as he looks to propel himself to world level when he faces domestic rival Denzel Bentley on Saturday night.

The undefeated 28-year-old puts his Commonwealth strap on the line, as he looks to claw the prestigious British title away from middleweight champion Bentley in what many are touting as a potential fight of the year contender.

Cash last took to the ring as part of Eddie Hearn’s Fight Camp in August of last year, as he retained his Commonwealth belt with a clinical performance against Jason Welborn, flooring his defiant opponent on two occasions before the referee waved off the bout in the fifth round.

The Surrey-born fighter then insisted he had showcased his talents as the best middleweight in the country, and though promoter Eddie Hearn revealed European-level was the immediate ambition, Cash now has the chance to vindicate his claims. 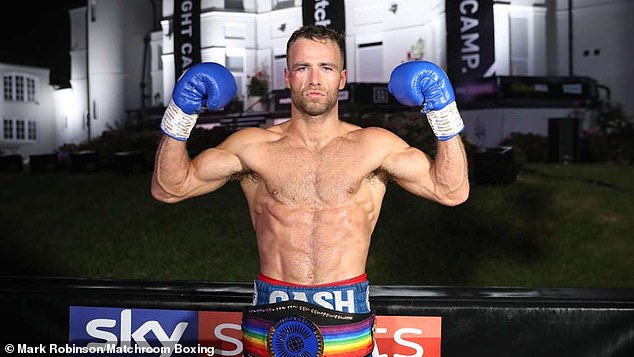 Just moments after he and Bentley locked eyes for the first time in fight week on Wednesday afternoon in an intense stare-off that concluded a fiery press conference, Cash retired to his hotel bedroom – having entered the bio-secure bubble – and detailed just what he had taken from the encounter.

‘I felt really good,’ Cash told Sportsmail. ‘I’ve trained long and hard for this fight, and I’m looking forward to demonstrating that when I step into the ring on Saturday.

‘The fight is now right around the corner. I thought he looked a bit nervous, but I try and not read too much into these things.

‘It’s taken a good year of talking, but it’s finally here and I just can’t wait to fight for it. Winning the British title would mean the world to me. I’ve wanted this belt from the second I turned over as a professional. So to get my hands on it would just be incredible.’

Standing in the opposing corner is the ferocious Bentley, who made a statement by winning the British title in emphatic style in November last year against Mark Heffron, whose corner pulled him out in the fourth round.

The pair had undergone a gruelling 10-round war just two months prior, with the judges opting for a draw on the scorecards, in a bout that proved Bentley’s heart having comfortably knocked out 11 of his 13 prior opponents. 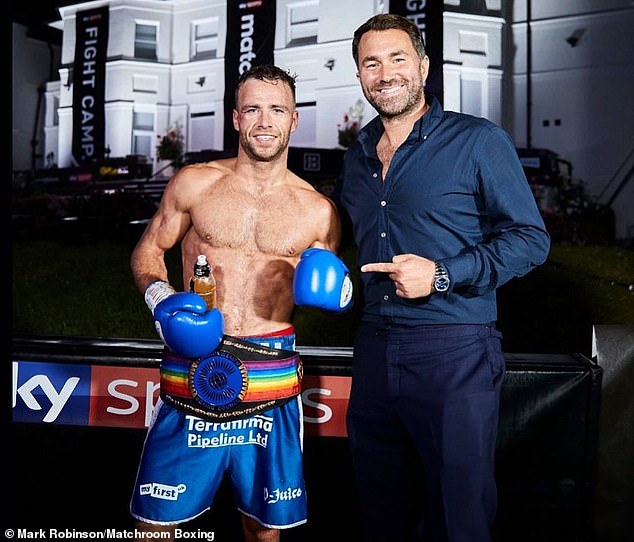 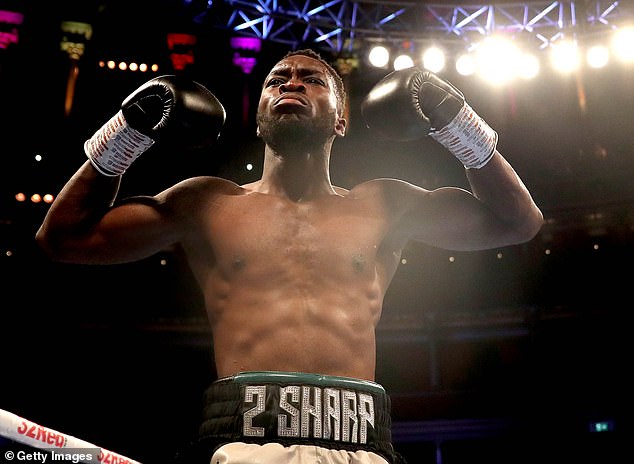 Bentley comes into intriguing fight with the record of 14 wins (12KOs), one draw and no defeats

But while an energised Bentley now comes into the fight with a spring in his step, Cash insists he isn’t at all fazed, revealing he hasn’t watched much of his opponent in the build-up.

‘He’s going to try and be awkward, tricky and end up nicking the fight,’ he said. ‘But it’s my job to stop him from doing that. I don’t think he’s going to cause me too many problems, but we’ll have to wait and see.

‘People may not believe me, but I haven’t actually watched much footage of him. I let my coach Tony (Simms) come up with the game plan and it’s down to me to execute it.

‘I’ve seen clips here and there but I think any opponent will fight differently when they actually get into the ring with me. We’ll see what he brings on Saturday.’

Though occurring many years ago, Cash and Bentley have actually shared the ring in a sparring session that resulted in the pair having to be restrained.

‘We did about a round and a half, maybe two rounds,’ Cash explained. ‘I stuck it on him and he was holding on for dear life and it got a bit out of hand. We ended up having some words, but it was a long time ago.’

According to Bentley, Cash actually lifted him up and slammed him to the ground. Asked about the claim, Cash said: ‘Yeah, well he kept holding onto me. But listen, I think he was 3-0 and I was maybe 4-0, so I don’t think people should read too much into it.’

While the spar is now very much in the past, the winner of Saturday night’s fight certainly has a bright future at the forefront of the middleweight division.

Liam Williams, who held the British title before Bentley, stepped up to world level only last week, though falling short against WBO champion Demetrius Andrade. However, his swift rise to the elite shows just what could be in store for the victor.

‘The winner will become a big name in British boxing, on the verge of world level I think,’ said Cash. ‘There are some big fights to be made in this division – you’ve got Chris Eubank Jr and Williams, who just came up short in his world title fight.

‘And there’s Andrade as well. I’ve got to get the win but there’s a lot of names out there.’

Bentley has admitted in the build-up to the fight that his career is on the line, a sentiment Cash acknowledges, but one he insists hasn’t even crept into his thoughts.

‘I’m not looking at losing this fight, I’m only focused on winning it,’ he said. ‘I haven’t thought about any other possibility. I wouldn’t go as far as to say my career is on the line, but a loss would be very damaging.

‘As for him, his career is probably on the line, yeah. When he gets beat up by me on Saturday night, where’s he going to go next?

‘I’m expecting a good hard fight and I’ve prepared hard. As for fight of the year, we’ll have to wait and see. But on paper, it looks like this is going to be a cracker.’ 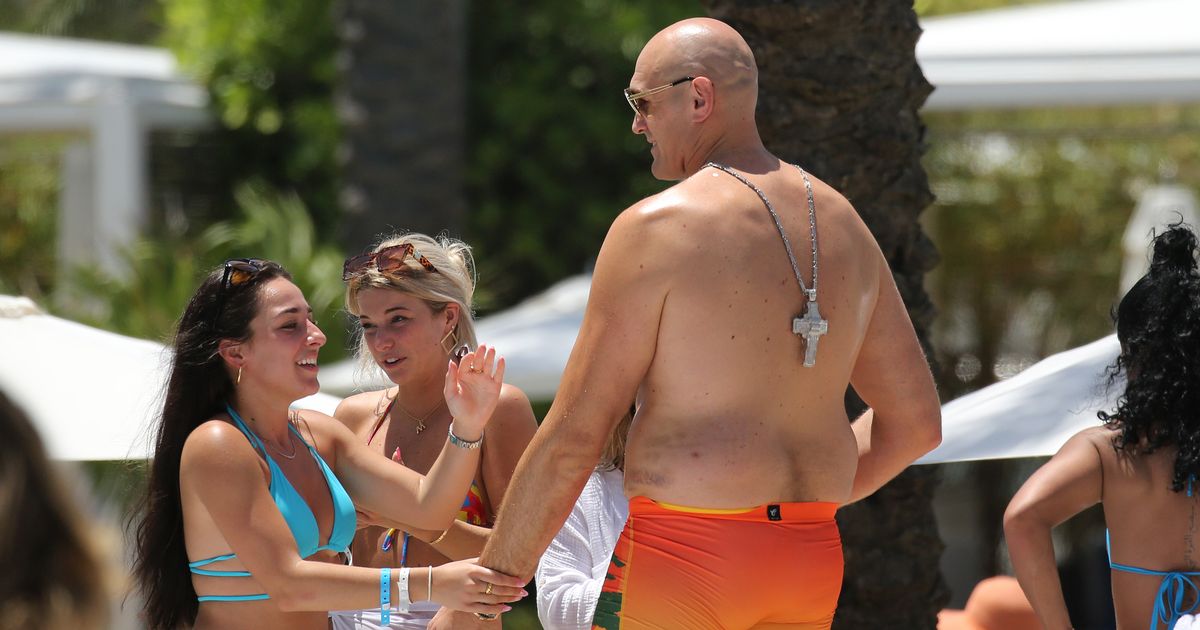 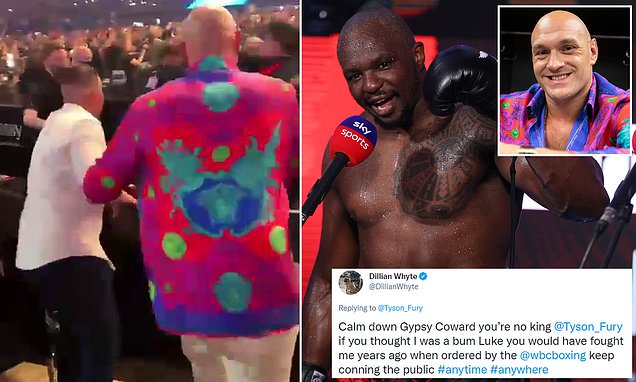 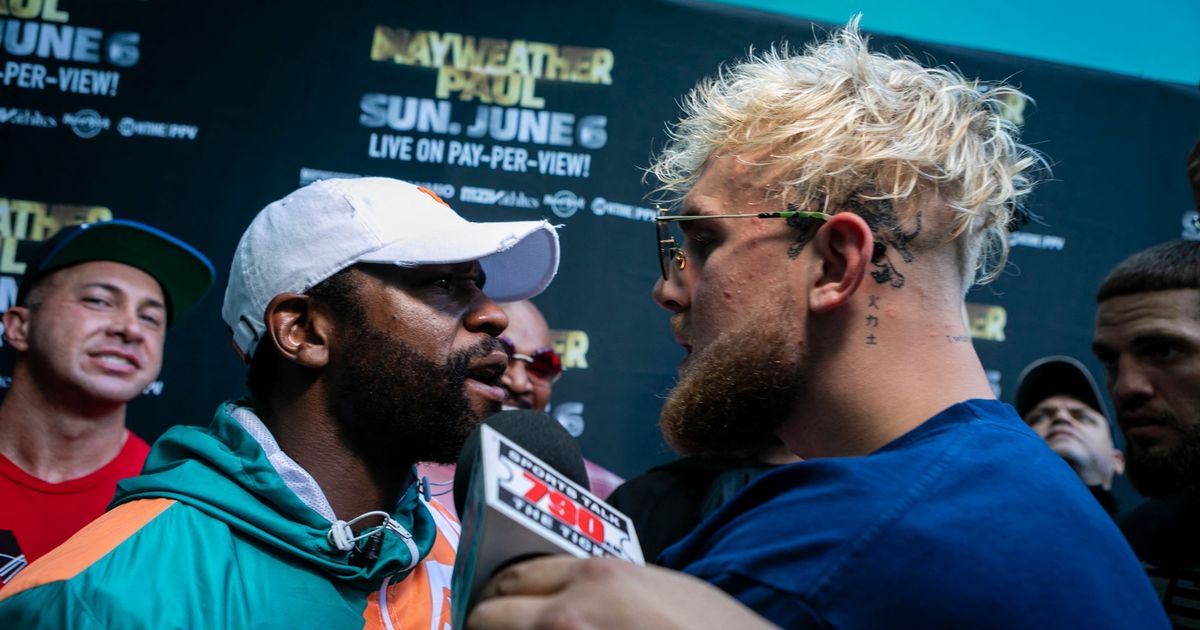