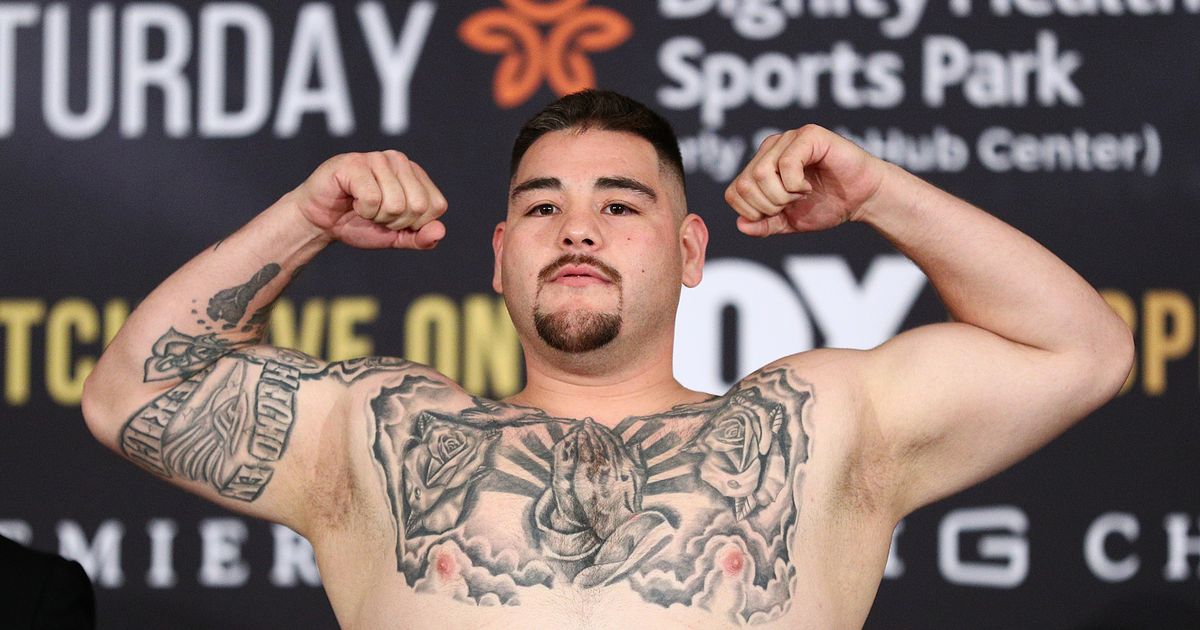 Much was made of Ruiz Jr.'s physique ahead of his first fight with Anthony Joshua in 2019, during which he stunned the Brit to clinch three of the four major heavyweight belts.

Though the American lost the rematch with Joshua six months later, his stunning victory at Maddison Square Garden remains one of the biggest upsets in boxing.

And while Ronaldo is notorious for his extraordinary build and stringent training regime, he spoke of his respect for Ruiz Jr. in a recent documentary with middleweight icon Gennady Golovkin.

“The fight, Ruiz against Joshua – Joshua is top, but the other one is good," Ronaldo said in DAZN's 'Parallel Worlds'.

“I talked with my friends and they said, ‘Ah, his body.’ I said, ‘Listen, the body doesn’t matter. It’s preparation'."

Ruiz Jr. was a 25/1 underdog before he dominated AJ and scored a seventh-round TKO victory.

He vowed to lose weight ahead of the rematch in December 2019 but ended up weighing in 15 pounds heavier for the fight.

Ruiz Jr. went on to claim he had partied for months on end as he explained his defeat, while AJ had tipped the scales at over three stone lighter than his opponent.

Juventus superstar Ronaldo briefly saw the unified heavyweight champion in Dubai in 2020. Recalling the meeting, Ronaldo said: "We had the opportunity to speak last year in Dubai, I was with Joshua and we had conversation.

“33 years old is that age where you start to feel down. I don’t wanna be in the sport, in football, where people say, ‘Cristiano was an unbelievable player and now he’s slow.’

“I don’t want that. You can take care a lot of your body, the body’s not a problem I don’t think.

“It’s here [points to his head], your motivation, experience. I think this is the most tough.”