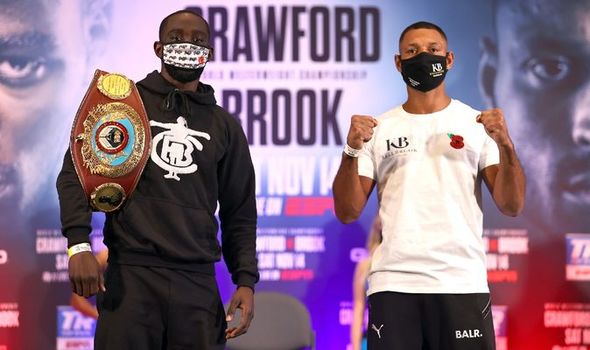 Kell Brook is determined to shed his status as British boxing’s forgotten man by dethroning pound-for-pound star Terence Crawford in Las Vegas. Brook, 34, has had just one fight in the last two years and enters his undisputed welterweight title clash as a huge underdog against Crawford, who is unbeaten in 36 professional bouts.

Brook has not lifted a world title since he lost the IBF belt to Gennady Golovkin in 2016.

“I’ve been after this fight for a long time,” said Brook.

“I’m in the best condition of my life and it’s time for me to become world champion again. As I’m getting older I’m getting better.

“I’m controlling my weight and there’s no excuses – I’m mentally and physically in the prime of my life.”

“I’m comfortable going into the ring this weekend just like I am for any other fight.”

Can I watch Crawford vs Brook for free?

Unfortunately, no. Crawford vs Brook is not available for free in the UK.

Coverage of the fight will be televised by Premier Sports 1.

The channel is can be found on Sky 412 and Virgin Media channel 551.

‘We told the ADs this was going to happen’: Clemson, FSU, the ACC and an inevitable fight