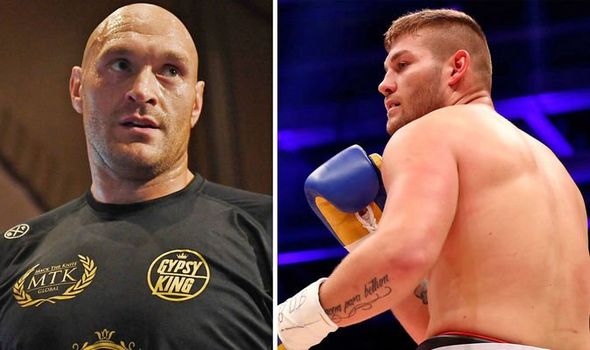 The Gypsy King will fulfil a childhood promise when he steps into the ring at the MGM Grand Garden Arena, after making a vow to himself as a teenager that his first visit to Sin City would be to box.

It will be the first fight of Fury’s co-promotional deal with Bob Arum’s Top Rank, who have a multi-year contract with broadcasters ESPN.

The decision to sign back in February saw him veer away from negotiations of an immediate rematch with Deontay Wilder after their controversial split decision draw in Decmber, sequel and trilogy fights with the Bronze Bomber have since been agreed.

But first he will have to get past Tom Schwarz, the hard-hitting German who has won all 24 of his professional contests.

Fury intends to brutally take care of business in style before partying with the thousands of Brits who have made the long trip over to Nevada to support him.

“He’s done very well to have got this opportunity, he is rated No 2 in the world by the WBO and he is coming to kick my ass,” said Fury.

“Then we are going to go party. The drinks are on the Gypsy King.” 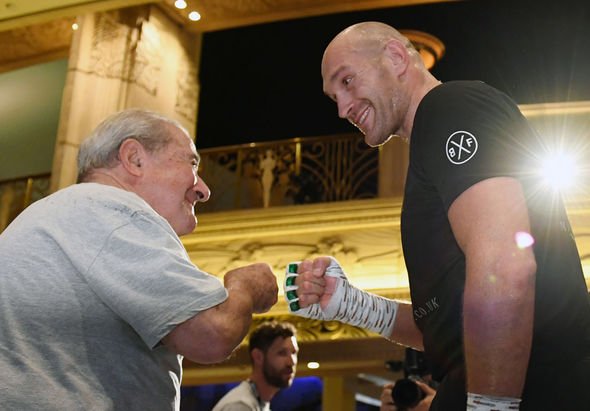 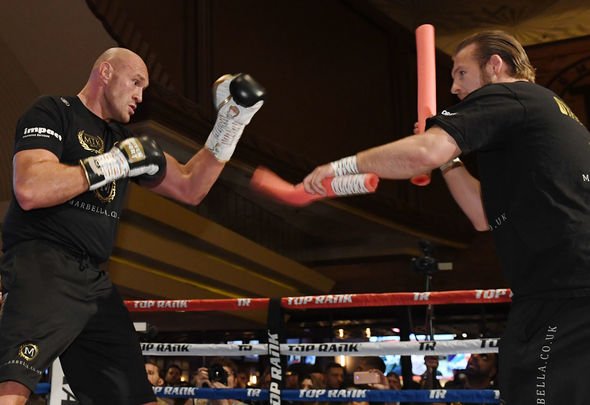 The former heavyweight world champion has been put through his paces in the fight capital for the past four weeks.

Now Fury is getting the taste of what it’s like to be a global superstar, his face sits proudly on a number of billboards down the strip and it’s something he admits he could get used to.

“It’s been fantastic,” he said.

“I got a warm welcome in Las Vegas, I have been all over the city and seeing people. 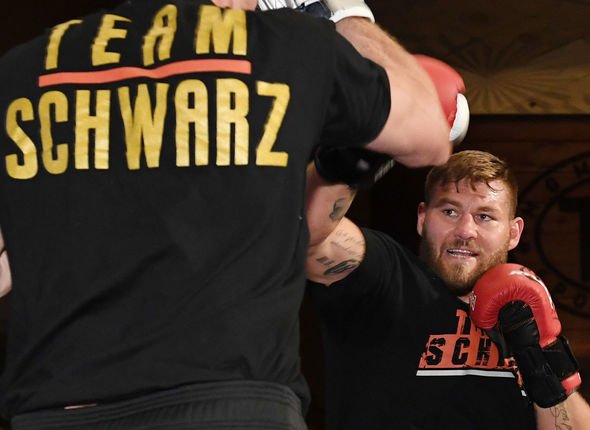 “Seeing my name up in lights has been amazing experience. I can’t wait to get in there and put on a show on Saturday.”

After Anthony Joshua’s shock defeat at the hands of Andy Ruiz Jr at Madison Square Garden, Fury moved to the top of their heavyweight rankings.

Top Rank chief Arum is delighted to be working alongside Fury and has compared the Gypsy King to the likes of Muhammad Ali and George Foreman.

“I have worked with Muhammad Ali and George Foreman. Let me tell you, Tyson is a chip off the old block,” the Hall of Fame boxing promoter said.

Saul ‘Canelo’ Alvarez: Callum Smith, John Ryder and Chris Eubank Jr in the race to be his next opponent