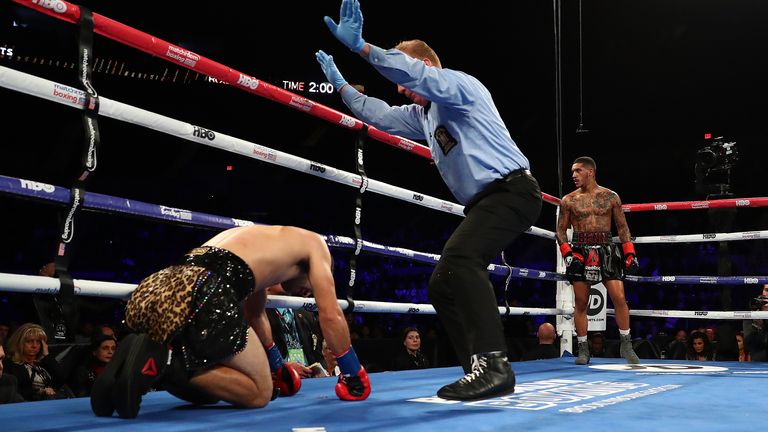 Some do it to be noticed by their faraway father, some because they believe it is genetic. For some you sense a sort of obligation.

All of these sons of legendary boxers have followed their fathers into the ring with a clear desire (or is it a burden?) to impress them.

These stories of world champions’ sons do not always end in fairy tales – but Conor Benn knows this. What makes him different is that he was born into a different life where Nigel Benn was anonymous, but he turned his back on comfort and ran straight into the carnage. “My mom and grandparents would show me his fights and tell me who he was. I was proud, when I was younger,” Robert Duran Jr told Sky Sports about watching his legendary father, one of the Four Kings.

Hasim Rahman Jr recalls a feeling of dread as a child before his father shocked the world to knock out Lennox Lewis: “I was so scared. I did not want my father to take the fight.

“It wasn’t that I didn’t think he could win, it was just that I was scared. Hell, this is a dangerous fight, this guy is the best in the world.”

Father-son relationships in boxing are as old as the sweat-soaked, blood-stained canvases that they do battle on.

But the sons of legendary world champions, including Conor Benn, experience something slightly nuanced that draws them to the ring when they get older.

They see their father idolised, cherished, immortalised between those dangerous ropes.

In Britain Benn and Chris Eubank Jr, whose fathers waged iconic wars in the early ’90s, are the preeminent examples.

“In the beginning people said ‘he’s just doing it because of his dad, it’s a gimmick, he just wants to make a little bit of money then he’ll do something else’,” Eubank Jr told Sky Sports.

“I cannot stay away from the sport.”

What it means for these sons is they never fully escape the long shadow of their surname.

“I don’t think my father will ever have absolutely nothing to do with me, in terms of boxing,” Eubank Jr said. “I’ve come to terms that people will always compare us.” But what about when these unique relationships sour?

What if legendary world champions produce sons who are not able to reach the same extraordinary heights?

“You should be training me, not somebody else,” Duran Jr has told Sky Sports about his absent father, the Panamanian legend nicknamed ‘Hands of Stone’ with whom he barely has a relationship at all.

“Or at least be in my corner or give me advice. Share your expertise to make me better, being that I am your son.”

There is frustration from Duran Jr when he says: “I carry the name, the legacy and I am the only one of my brothers to currently be fighting.”

The sight of Julio Cesar Chavez Sr, a Mexican national hero and all-time boxing luminary, with his heads in his hands at ringside after his son bizarrely pulled out of a fight is haunting.

Chavez Jr has lost three of his past four fights and was accused of “quitting”, something unfathomable in a family that produced a champion who, at one point, held an 89-fight undefeated record.

“His father is proud of him,” Chavez Jr’s trainer Jorge Capetillo told Sky Sports. “Maybe in the ring he hasn’t had the results that he wanted.

“But outside of the ring? He lives like a champion on a daily basis. He is not on the wrong path.

“Of course it is difficult for him. He is compared to his dad which is impossible because his dad is a legend, a world icon. He won many world title fights, he raised the money and the audience for the lower divisions for everybody.

“His dad wants him to continue. Why? Because boxing keeps him good, emotionally. 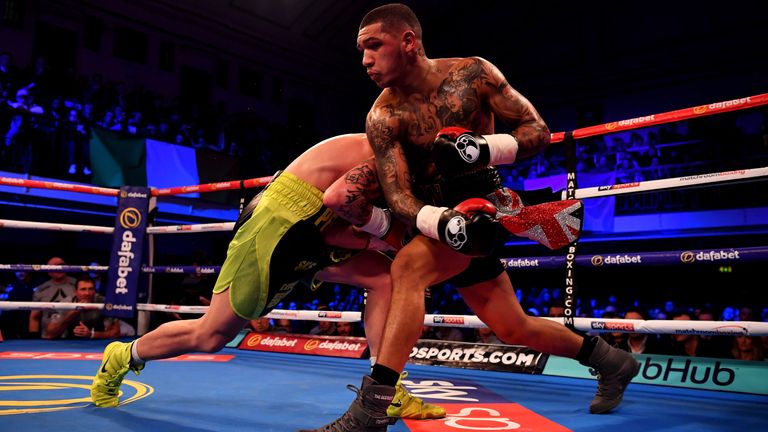 The perception is that these famous fathers open doors for their sons’ careers, a stigma which the offspring tend to take time to fight off.

“I’m now at the stage where it’s nothing to do with my father,” Eubank Jr told Sky Sports even before relocating to the US to be trained by Roy Jones.

“All the support, all the hate, comes from things that I have done as a fighter. As my own man.

“I’m starting to be introduced as an undefeated young heavyweight in the division that’s hungry. I’m liking that.

‘Prince’ Naseem Hamed’s son Aadam is soon to become a professional boxer, teasing his arrival by saying: “Just carrying on the family business.”

Promoter Eddie Hearn reacted: “It’s hard for anybody to follow in the footsteps of a successful father – I’ve had to do it, as well!

“You’re always Barry Hearn’s son or Nigel Benn’s son or Chris Eubank’s son until you do well and you make them become Eddie Hearn’s dad or Conor Benn’s dad.”

Benn and Eubank Jr have the in-ring ability to justify the hype – it remains to be seen if ‘Prince’ Naseem’s boy will do, too.

Duran Jr, however, has already lost one of five fights and believes the name makes things even harder for him.

“It has its perks but I don’t see it as an advantage,” Duran Jr says. “It is difficult for my career to take off properly.

“If I didn’t have my name, and my father wasn’t who he is, I would be at a higher level.” What unites these fighting sons is a kindred loyalty to their fathers. Despite strange and differing relationships, they all accept that their father paved the way for their dreams to become reality.

“No one has ever become heavyweight champion of the world after their father has done,” Rahman Jr says.

“To be a part of that history, I need my father. He did it first, and I’m coming right behind him.”

It was suggested to Duran Jr, who rarely speaks to his father and believes the surname has hindered him, that he could fight under a different moniker.

“It is still my name. It is a must that I carry the name.”

Conor Benn grins: “This sport does something to you. It changes you.”

He has the chance to become Britain’s next breakout welterweight star if he can beat Sebastian Formella on Saturday, live on Sky Sports, to remain unbeaten for a 17th fight.

“I don’t need to do it,” Benn says about boxing. “I just… enjoy fighting. I love fighting.”

He grew up in Spain and Australia in lavish homes earned by Nigel Benn, the former world middleweight champion who wanted to retire in peace, somewhere nobody knew him.

His old title belts were not even kept in the family home – young Conor would play the guitar at his local church then, as a teenager, was a skateboarder with plans to become a painter and decorator.

“I felt like I needed to carve something out myself.

“In life you have to take risks.

“I just wanted something… bigger.”

Whatever it is – a desperation to prove himself to his father, a need to impress, the belief in something genetic – the Benn family name fights on.

In 2021, the legacy will extend when Conor Benn expects to become a father. One day, he might just experience this unique relationship from the other side.