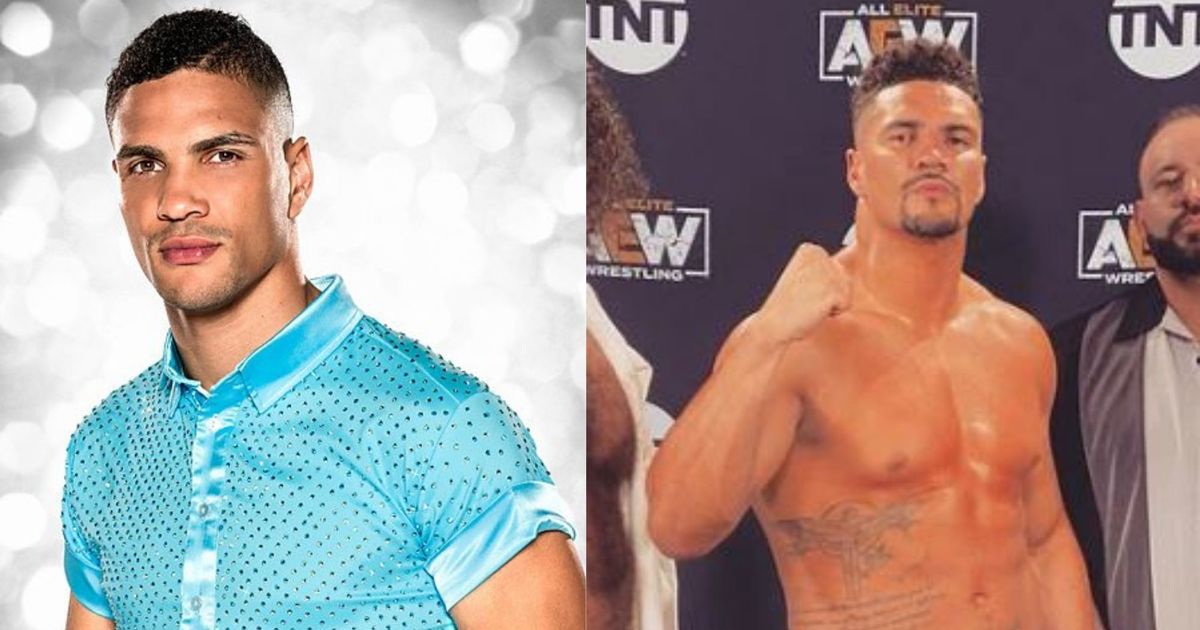 Olympic medalist Anthony Ogogo is almost unrecognisable as he gears up to make his pay-per-view debut for All Elite Wrestling this Sunday.

The former professional boxer, who won a bronze medal at the London 2012 Olympics, retired from the sport due to injury in 2019 and has since moved to America to join fledgling pro wrestling promotion AEW.

He appears weekly on their show 'Dynamite', which is one of the top rated cable shows in the US and airs on ITV in the UK, and will face top star Cody Rhodes at the 'Double or Nothing' pay-per-view this weekend.

And speaking to Mirror Fighting , Ogogo discussed how he went from a 160 lb welterweight contender to a massive 222lb professional wrestler with some cardio and weights training and a strict diet.

"I've increased my cardio because I'm wrestling Cody and he's probably in my opinion the best wrestler in the world, so if he takes me to the trenches it's very different to boxing.

"I need a whole different kind of cardiovascular system so I've hit the cardio hard when I heard that this match was gearing up and I've lost about ten pounds because I didn't need the extra weight around my hips and shoulders.

"I like being about 228, that's about 16-and-a-half stone, I'll be fast and explosive, I'll be big, but I'm also agile and when I get over that I become a bit less flexible.

"This is my third match in history and it's on our biggest pay-per-view Double or Nothing and I'm still kind of finding my way around things."

And it's not just his look that will surprise British fans.

Viewers who watched Ogogo compete in the boxing ring, or on reality shows like Strictly Come Dancing and Splash will know him for his polite demeanour and humble attitude.

But now that he's on a quest for gold in the brash world of professional wrestling, Ogogo is getting more abrasive with his interviews and promos, admitting that he can 'finally be himself'.

"I think I've got great ability and I've got very good very quickly," he added. "I'm not going to sit here and be humble because I was humble my whole professional boxing career and I got injured and I never got to truly be me.

"Now I finally get to be me, and I am damn good at this; I'm already wrestling Cody, he's one of the best in the world and the only way up is to wrestle Chris Jericho who's a legend."

Ogogo has wrestled twice already for the promotion, with fans branding him a 'heel' or bad guy for his disparaging comments towards America and the show's audience.

But his first real test will be against veteran Rhodes, who has held wrestling titles across the world for promotions such as WWE and New Japan Pro Wrestling.