Dave Allen has shed almost a stone in weight for his heavyweight showdown with Lucas Browne.

The Doncaster fighter, who has been putting in the hard work with Darren Barker, tipped the scales at 17st 6lbs 2oz – 12lbs lighter than his last fight against Ariel Esteban Bracamonte in December, while Browne came in at 17st 10lbs 1oz. Fellow heavyweight Chisora was significantly heavier than Senad Gashi as he returns to the scene of his rematch defeat to Dillian Whyte.

The Londoner came in at 18st 7lbs for his showdown with the dangerous Gashi, who was almost three stone lighter at 15st 10lbs 6oz. 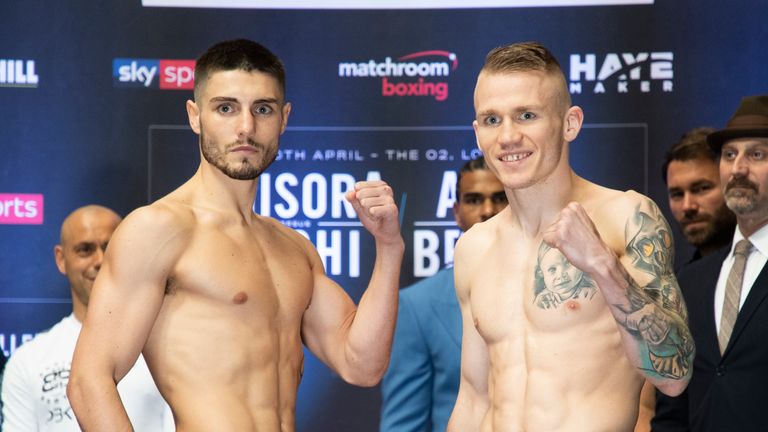 Joe Cordina was 9st 8lbs 4oz ahead of his British and Commonwealth title showdown with Andy Townend, who was 9st 8lbs 7oz.