Michigan reached the NCAA Tournament title game last season as a No. 3 seed, but Villanova kept it from winning a championship with a 79-62 thumping.

On Wednesday, though, the retooled No. 18 Wolverines get another crack at No. 8 Villanova in a much-anticipated nonconference showdown. They have four four-star freshmen to complement a roster that returns the likes of Charles Matthews and Jordan Poole.

Villanova, meanwhile, is working to fill the void left by NBA players Jalen Brunson, Mikal Bridges, Donte DiVincenzo and Omari Spellman. The Wildcats are led by guard Phil Booth and forward Eric Paschall, each of whom are scoring more than 18 points per game in the early going.

This will be the first major test for either team this season.

Here’s everything you need to know to tune in Wednesday.

When does Villanova play Michigan?

Tipoff for the game between Villanova and Michigan is scheduled for about 6:30 p.m. Eastern Time on Wednesday.

What channel can I watch Villanova-Michigan?

The game will be broadcast nationally on Fox Sports 1, but can also be streamed online at fuboTV.

Where is Villanova-Michigan being played?

The Wolverines and Wildcats will square off at The Pavilion in Villanova, Pa. 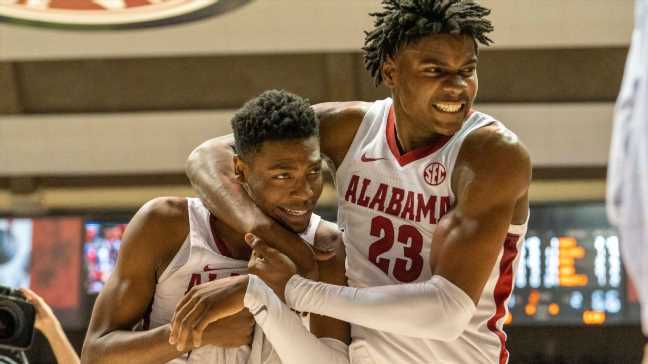 Another week, another major Power Rankings reshuffling — including at No. 1